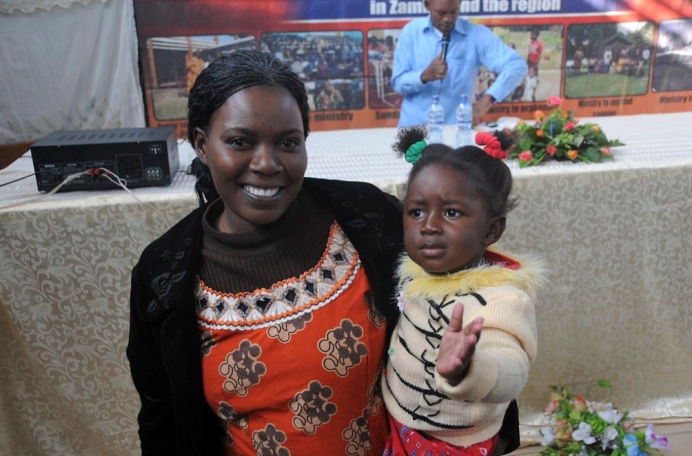 A left-leaning UK-based website backed by a fiscal clearinghouse for billionaire social justice investor George Soros is the latest group to try its hand at discrediting on-the-ground pro-life work with the claim that pregnancy help centers are misleading women.

Among the group’s allegations is that, “Heartbeat International claims close ties to the White House.”

The inexplicable statement was put forth without proof, yet presented as fact along with the rest of OpenDemocracy’s pro-abortion essay.

Tweet This: The statement that Heartbeat claims close ties to the White House was put forth w/out proof, yet presented as fact in the pro-abortion essay

The group approached Heartbeat International under the guise of requesting comment after having completed an undercover investigation into 18 international Heartbeat affiliate pregnancy help organizations. In addition to alleging that Heartbeat affiliates were giving "false and misleading information" to women and otherwise treating them poorly, the inquiry also indicated that the group’s undercover mole in two Heartbeat training courses witnessed the teaching of “incorrect” information.

But the Soros-backed website neither substantiated its claims nor gave adequate time for them to be scrutinized.

The group’s report derives from its pro-abortion animus toward the work that pregnancy help organizations do, Heartbeat International Director of Communications and Marketing Andrea Trudden said, versus any actual misinformation on the part of pregnancy help centers.

The abortion lobby has continually waged a “fake clinic” offensive on pro-life centers in recent years as it tries to preserve its public image and funding, following revelations of fetal remains trafficking in the abortion industry beginning in 2015, the unexpected U.S. presidential election loss the following year of rabid abortion proponent Hillary Clinton, and subsequent pro-life legislative strides at federal and state level since. At times, the campaign has involved vandalism or other forms of intimidation.

Tweet This: The abortion lobby has continually waged a “fake clinic” offensive on pro-life centers

“This is not misinformation, this is accurate information that you are misreporting”

“Falsely claiming that pregnancy centers “rely on deception” to provide these services, the abortion lobby has regularly and contemptuously labeled them "fake clinics," Trudden said at the time, “and targeting them through harmful legislation that abridges their free speech rights and drives women to abortion.”

Soros-backed OpenDemocracy said in its inquiry to Heartbeat that based on its findings, “critics say you are backing a dangerous and unethical global misinformation war on pregnant women, supporting and encouraging misinformation and manipulation on an extraordinary scale across the world through your network of crisis centres and affiliates which deliberately trick and deceive and scare women, and threaten women’s human rights, by omitting information and providing them with false claims.”

“We stand by our training and by our values,” Heartbeat President Jor-El Godsey said.

“This is not misinformation,” Godsey said in response to the group’s comments. “This is accurate information that you are misreporting.”

Tweet This: “We stand by our training and by our values” - Heartbeat International President Jor-El Godsey

Godsey added that the bias was further underscored by the group’s handling of its inquiry with Heartbeat.

OpenDemocracy approached Heartbeat with its inquiry Friday with a deadline of first thing Monday morning. With much of Heartbeat leadership traveling in support of the pregnancy help movement at the time, Trudden requested additional time to respond, during which Heartbeat was contacted by another media outlet already seeking comment—hours before the deadline.

Among the information the other outlet had received from the OpenDemocracy group as of Monday was that, “Several pro-choice advocates called for action against anti-abortion network Heartbeat International following the release of a report on Tuesday by far-left organization openDemocracy.”

Heartbeat International was the first network of pro-life pregnancy resource centers in the U.S. and is the most extensive in the world. Since its establishment in 1971, Heartbeat has supported and/or started more than 2,800 pregnancy help locations worldwide to offer women alternatives to abortion.

A non-profit federation of faith-based pregnancy resource centers, medical clinics, maternity homes and non-profit adoption agencies, Heartbeat’s affiliates must adhere to basic principles that affirm alternatives to abortion and ensure non-discrimination, but all other matters of policy and management remain under the direction of the centers’ local leadership, allowing for autonomy.

OpenDemocracy states on its website that through its “reporting and analysis of social and political issues,” it “seeks to educate citizens to challenge power and encourage democratic debate across the world.”

Much of “American mega-funder” NEO’s nearly $340 million in revenues since 2010, “came from multi-billion-dollar foundations,” CRC’s Hayden Ludwig reports, including the Ford Foundation and George Soros’s Foundation to Promote Open Society.

Soros himself is known for extensive funding of projects in keeping with his leftward political bent through varied groups worldwide, including, according to the Independent, making substantial donations to Hillary Clinton’s unsuccessful bid to be the U.S.  president, pledging £400k to campaign against Brexit, as OpenDemocracy stated via its Facebook page, and according to its own website “the campaign to defeat George W. Bush in America’s 2004 election.”

OpenDemocracy has a left-center bias rating from the Media Bias/Fact Check website.

The by-line bios on its Heartbeat hit piece also point to a pro-abortion bent, with its 50.50 newsletter editor Claire Provost, “covering gender, sexuality and social justice,” and assistant editor Nandini Archer, “also an active member of the feminist direct action group Sisters Uncut and previously worked with the International Campaign for Women's Right to Safe Abortion.”

No substantiation for claim of White House tie

OpenDemocracy’s claim that Heartbeat has “close ties to the White House” depended on three dubious statements, first, Heartbeat having been invited to join a roundtable that  Students for Life of American held in 2018 with Vice President Mike Pence, falsely stated in the article as Pence “having spoken at Heartbeat events on Capitol Hill.”

The report’s second problematic statement on supposed White House-Heartbeat ties was that once in 2019 President Trump happened to speak positively about the 2018 Supreme Court Nifla v. Becerra decision in favor of pregnancy centers.

Third for dicey statements in the report claiming proof of a Heartbeat-White House connection, was Godsey encouraging affiliates to consider applying for Title X funds after Planned Parenthood walked away from the funds rather than give up conducting and referring for abortion. Godsey referenced “new friends in Washington” in doing so, an acknowledgement of the current Administration’s openness to the pro-life cause, something recognized by the pro-life community across the board and beyond.

Further in the group’s feigned White House connection was Heartbeat’s Babies Go to Congress, where Heartbeat annually invites moms and the pregnancy centers who have helped them to share their stories with their respective lawmakers in meetings at the lawmakers’ offices. OpenDemocracy also tried to use Trump’s appearance this year at the march for Life, the first time for a sitting president, as evidence of Heartbeat having a direct tie to the White House.

The Soros website acknowledged that the “politicians, doctors and rights campaigners” who are in its report “calling for urgent government action and new regulations” are supporters of abortion.

It also went for comment to support its abortion-affirming angle to an advocacy director for the International Planned Parenthood Federation and other pro-abortion individuals.

OpenDemocracy’s article alleged false advertising on the part of some Heartbeat affiliate pregnancy centers in Europe, Africa to Latin America, and that some of the centers are not upholding Heartbeat’s Commitment of Care and Competence.

“No woman should feel alone, coerced, or so hopeless that she ends her child’s life through abortion”

“No woman should feel alone, coerced, or so hopeless that she ends her child’s life through abortion,” she stated.

Working with pregnancy help organizations in more than 60 countries worldwide, Foell said Heartbeat knows that each country has its own abortion laws and cultural norms.

But “no matter where you are in the world,” she said, “abortion ends the life of a developing human baby,  and while different countries have their cultures and varied ways of communicating, the fact remains that abortion carries risks to women.”

“Every woman has a right to know all the information before making an abortion decision,” McDowell said. “Denying women awareness of the emotional, psychological and physical risks that abortion can cause would be neglectful and dangerous.”

Pregnancy help centers affirmed time and again in the courts

Heartbeat International Vice President Cindi Boston-Bilotta echoed the idea that women have a right to be fully informed about abortion - the procedure and its risks, at which Heartbeat works extensively to prepare and support affiliate pregnancy help centers in doing.

“Women should have access to comprehensive information regarding all risks associated with any given medical procedure, no matter what that procedure might be,” she said. “This is absolutely crucial to ensuring informed consent.”

Heartbeat provided OpenDemocracy with numerous scientific studies about the short and long-term effects of abortion, which were not referenced in the group’s report.

"Heartbeat will vigorously defend the good work of its pregnancy centers and its commitment of care," Boston-Bilotta added.

Pregnancy Help News will have continued updates should the story continue to develop.

Editor’s note: Pregnancy Help News is a project of Heartbeat International. A previous version of this article stated that OpenDemocracy called itself far left in information sent to media outlets, a reference that came from one of the media outlets in an inquiry to Heartbeat International. Over the years OpenDemocracy has been labeled in media reporting by multiple outlets as left-leaning, left-wing, the voice of the far left, and as a far left group.