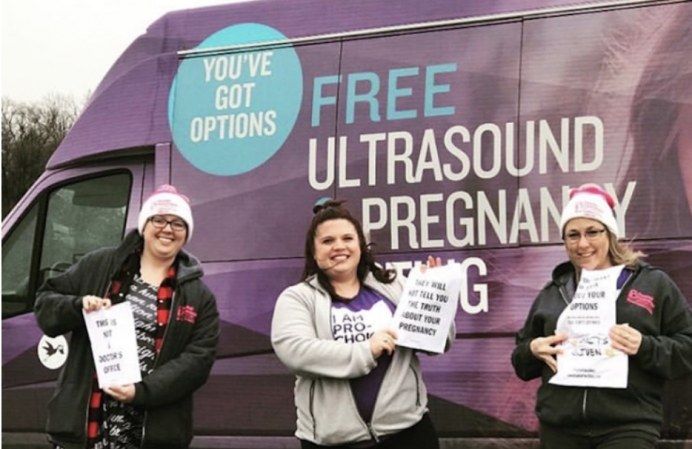 As if the abortion industry wasn’t misleading enough, along comes #GramTheVan—a campaign started by pro-abortion advocates this January in an effort to “expose” pregnancy help organizations for showing women an ultrasound of their baby.

Launched as part of a national campaign organized by Lady Parts Justice League, the effort asks people to snap and post images of CPC [“crisis pregnancy center”] vans and post them to social media sites like Instagram. Abortion rights advocates believe the official-looking vehicles offer free services like ultrasounds and STD testing in order to lure women away from legitimate healthcare providers like Planned Parenthood.

The so-far-failed social media campaign has less than 50 posts on Instagram—half of which go to two other campaigns for a coffee company and a British gourmet sweets van called Candy Kittens. 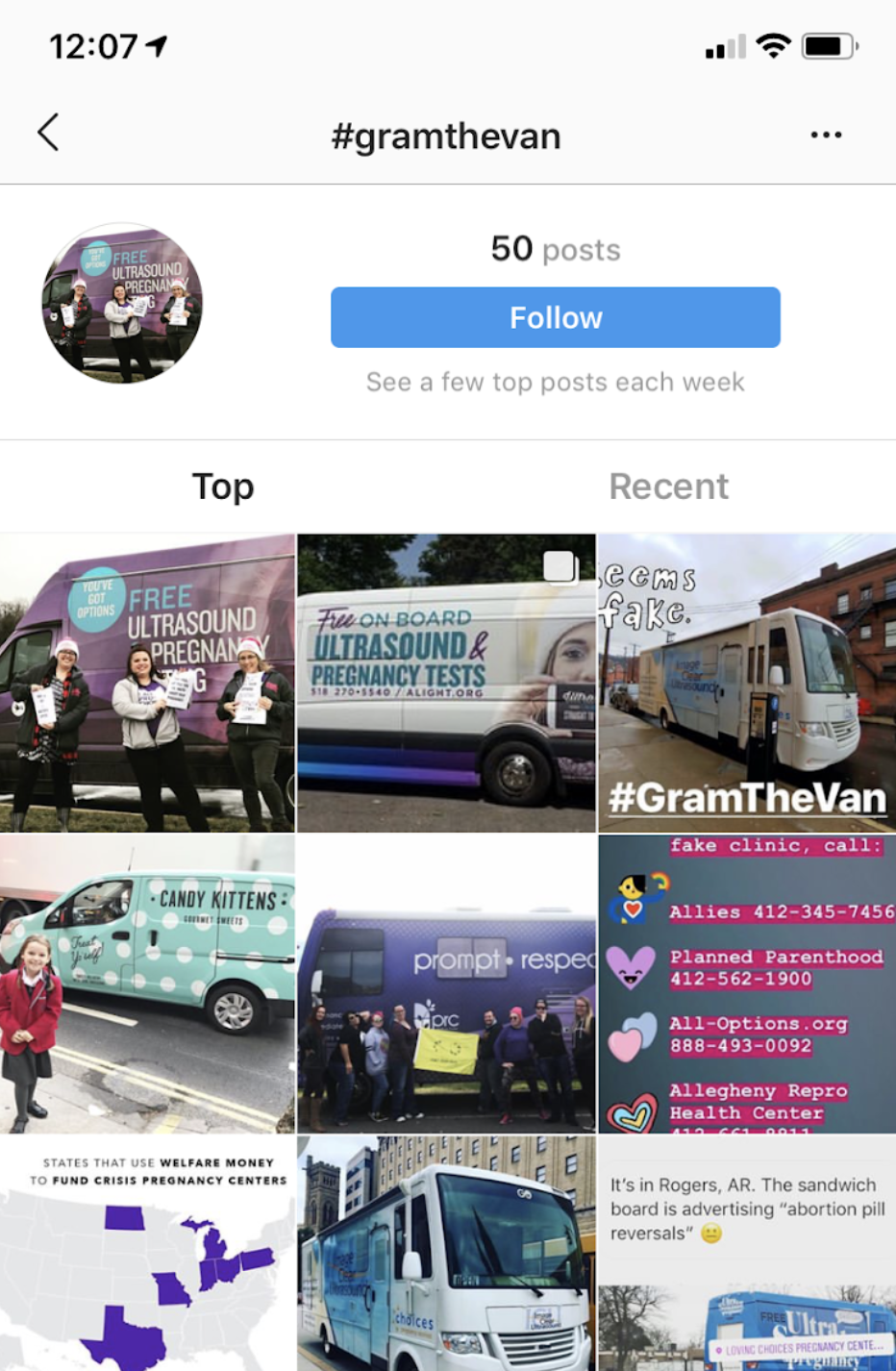 Other than posts from Lady Parts Justice League (LPJL), NARAL, and Democratic Socialists of America (the leading pro-abortion groups pushing the Insta challenge), the hashtag has bombed.

With this online campaign, the less-than-classy Lady Parts Justice League—which has unsuccessfully attempted to tar and feather pregnancy help organizations for the last few years—is really scraping the bottom of the barrel, and it’s clear from their rhetoric. Just what are the crimes of these pro-life mobile units? According to LPJL, they’re “sketchy,” “creepy,” and park near college campuses and abortion facilities to let women see their babies via a free ultrasound scan. 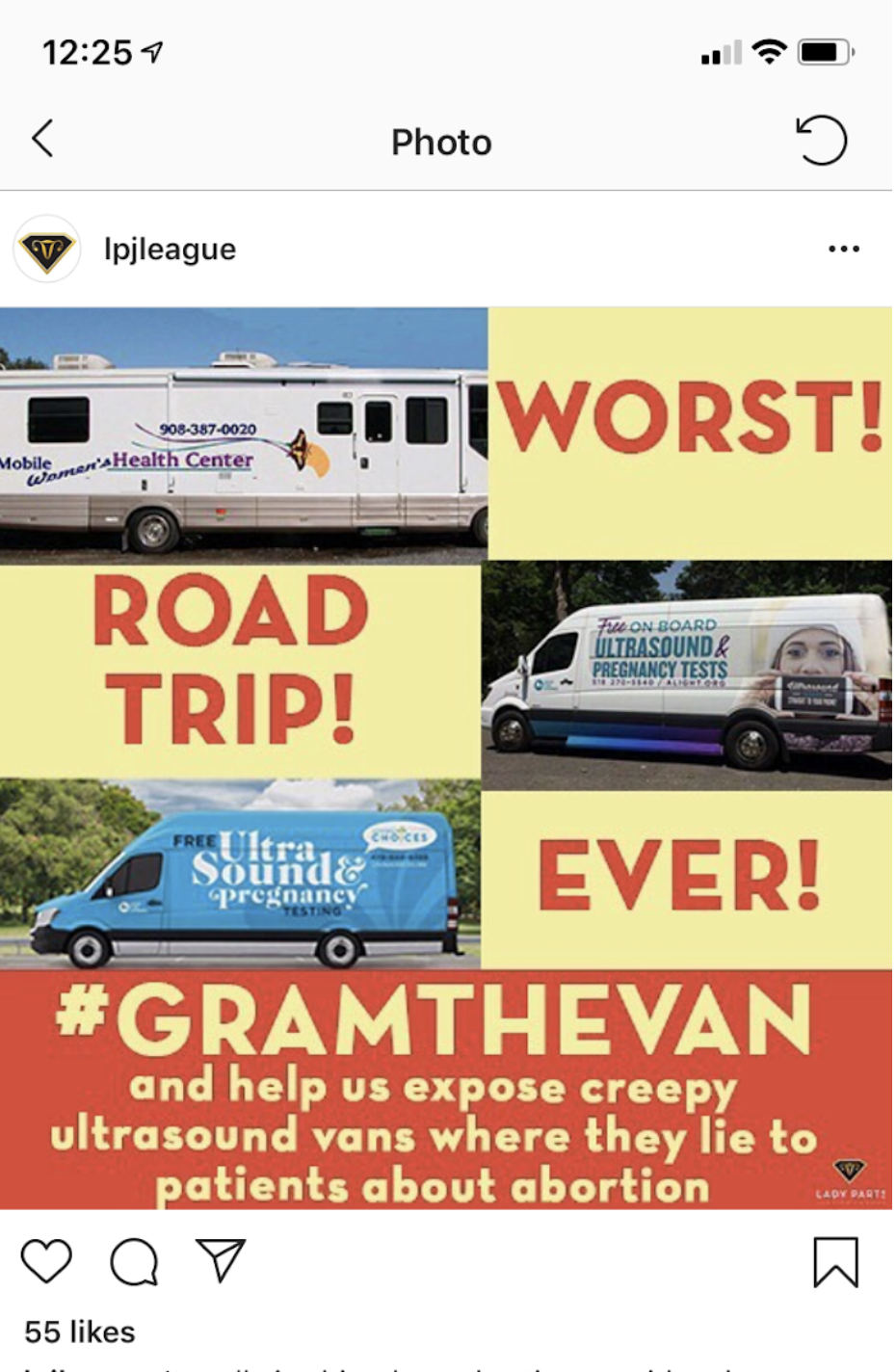 LPJL’s obsession with their lies is telling.

In one Insta story from Lady Parts Justice League meant to #ExposeFakeClinics, the speaker says that many pregnancy help centers have untrained personnel performing ultrasounds. Wait, what? I think they’re getting confused with an abortion provider that literally had teenagers administering anesthesia to patients before their abortion. Does the name Kermit Gosnell ring a bell? Oh, that’s right—that fake clinic wouldn’t be deemed a “fake clinic” under pro-abortion standards because it met their only criteria, namely, that it provided abortions.

The pregnancy help movement promotes life—it wants abundant life. These third-wave feminist groups, on the other hand, do not. The majority of pregnancy centers, which are rooted in the Gospel, are open for women regardless of the choice they make. Why? Because many of those working in pregnancy centers are called to love as Christ loves us, and they are not monetarily invested in a woman’s pregnancy decision like abortion providers such as Planned Parenthood are.

According to an in-depth report from the Charlotte Lozier Institute, “There are over 100 pro-life mobile medical units or mobile units ‘rolling’ and offering services in the United States as of 2017.”

Two mobile medical unit providers, Image Clear Ultrasound Mobile, or ICU Mobile, and Save the Storks, report thousands of lives saved and clients helped thanks to these services.

With impressive results like that and heartfelt generosity fueling it all, campaigns like #GramTheVan are destined to fail. Do they really expect an Instagram hashtag to impact the work that pregnancy help organizations have given to women looking for real help? The whole point of this campaign is just to appease other pro-abortion advocates to make them feel like they’re “doing something” for their cause. Free life-saving mobile medical units and other pregnancy help organizations are not soon to die out due to a feeble hashtag attempt at “exposing” Christian charity.