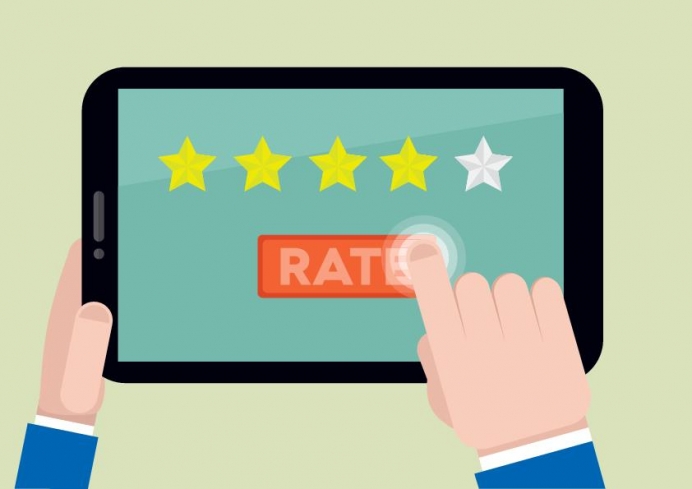 The more abortion absolutists peddle the fiction that pro-life pregnancy centers and medical clinics are "fake abortion clinics" that lie to women, the more they're finding—or would find if they were paying attention, anyway—that nobody’s buying the lies they’re selling.

As part of the so-called “Expose Fake Clinics” campaign led by former comedienne Lizz Winstead and her group, “Lady Parts Justice League,” pregnancy centers have been targeted through a combination of in-person protests and online reputation smear tactics.

The in-person protests have been a complete disaster for abortion advocates, who have been rebutted not by arguments or facts, so much as by former pregnancy center clients who are as grateful for the help they received as they are confused that anyone would oppose the work of community supported outreaches that offer free pregnancy tests, ultrasounds, options counseling, material aid and help after an abortion.

While the demonstrations in front of pregnancy centers have ranged from clueless to painfully ironic—mainly owing to the fact that 99 percent of all pregnancy center clients report a positive experience—the slander brigade hasn’t done any better online.

Attempting to bring online reviews on Google, Facebook, Yelp and Yahoo down to the level of Planned Parenthood—where words like “nasty,” “filthy” and “disgusting” are persistent themes—Winstead’s cadre of pregnancy center-hating “hacktivists” have run into the same essential problem as the in-person picketers: The mud they’re slinging doesn’t stick.

By Monday night, a Google reviewer with the username “Access Columbus” had already posted well over 100 negative reviews on pregnancy centers’ Google My Business profiles, starting with Columbus, Ohio, centers and moving steadily through the Midwest and even up into Canada.

Marked with one out of five stars, the fake negative reviews accused each pregnancy center of being a “religious facility masquerading as a medical facility. This is a FAKE CLINIC!” While the same review was posted at primarily pregnancy centers’ Google pages, it was also posted at pages for national networks, including Heartbeat International, Care Net and nonprofit adoption agency Bethany Christian Services.

Tim Stephens, a web marketing specialist with Extend Web Services—which helps pregnancy centers market online through Heartbeat International—flagged the negative reviews starting Monday night, then followed up with Google staff to remove over 40 negative reviews in the next three days.

Extend Web Services and Heartbeat International then notified pregnancy centers and supporters of the situation, including instructions on how to flag false negative reviews and—just as important—gather positive reviews to bolster their online presence.

Stephens has also urged Google representatives to investigate the spate of negative reviews by Access Columbus and others, calling attention to Google’s policy that accepts reviews only from those with a legitimate past interaction with a business or organization.

“These people are professing to be the defenders against false information, yet this week, we’ve seen them running at full speed across the United States and Canada flinging fake reviews every which way they can,” Stephens, who serves 169 pregnancy help organizations through Extend, said. “They just can’t seem to help but contradict themselves.”

It’s not the first time pregnancy centers have been targeted online through “hacktivist” campaigns. Extend Web Services, as well as its competitors at Ad America, iRapture and others have kept an especially close pulse on pregnancy centers’ online profiles as abortion proponents have taken their opposition online.

Last February, a Planned Parenthood staffer in Pittsburgh posted a handful of fake reviews on the Google page for Women’s Choice Network, a ploy that was quickly discovered and combatted as a violation of Google’s review policy.

Pregnancy center leaders who have been hit with the latest round of false, negative Google reviews this week pointed out that the people most affected by the pro-abortion lies are potential pregnancy center clients themselves.

“Contrary to the country’s abortion industry, we do not exploit women in challenging pregnancy situations for profit,” Julie Moore, president of Columbus-based Pregnancy Decision Health Centers (PDHC)—which serves women in five locations throughout Central Ohio—said. “Pregnancy centers empower women and families to make healthy life choices through access to personalized care that meets them at the point of their need. Countless families have benefitted from and appreciated PDHC services throughout the years.

“We will continue to provide this important care despite attempts to defame our character from those who denigrate the capabilities of women and demean the value of life.” 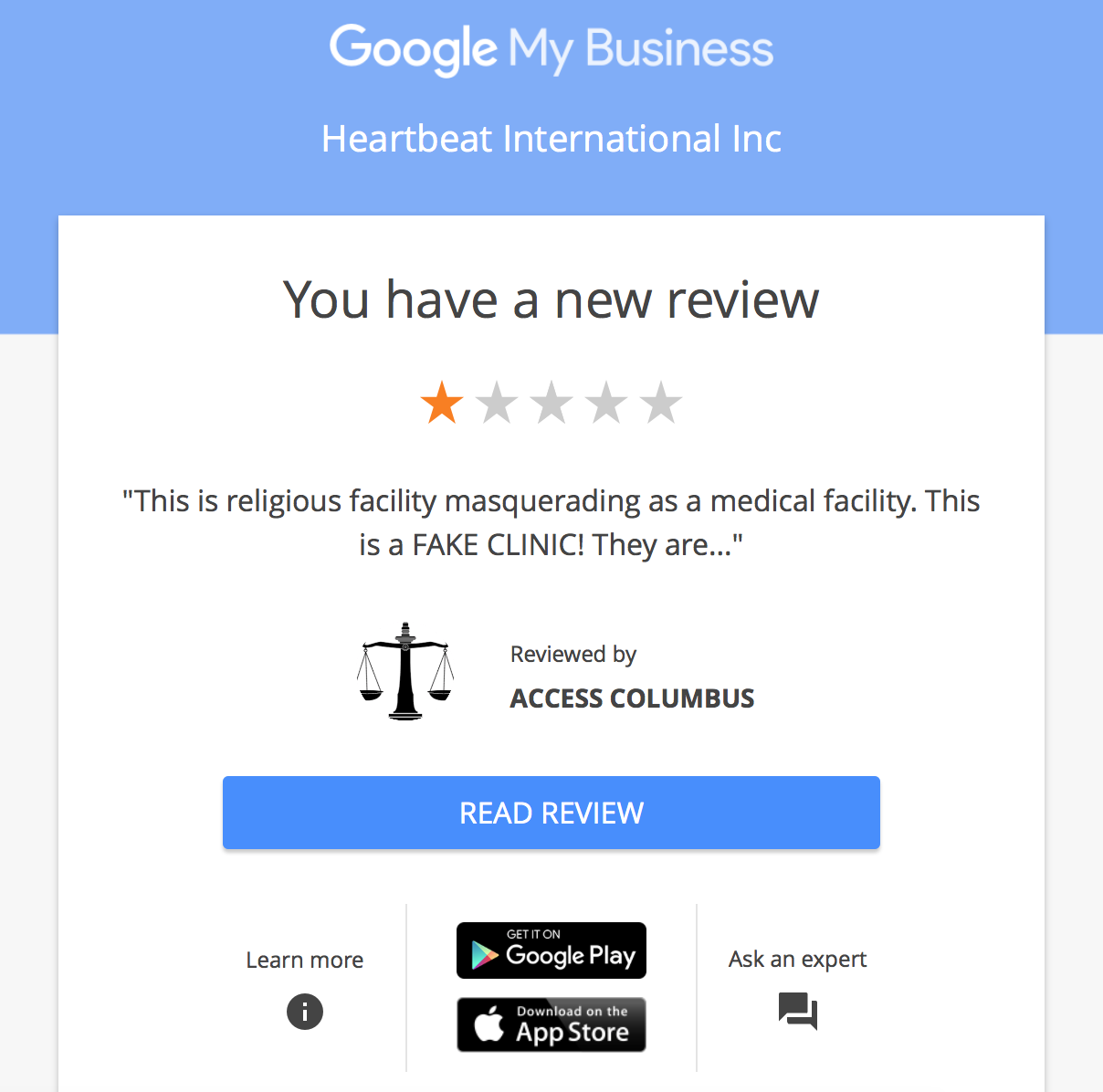