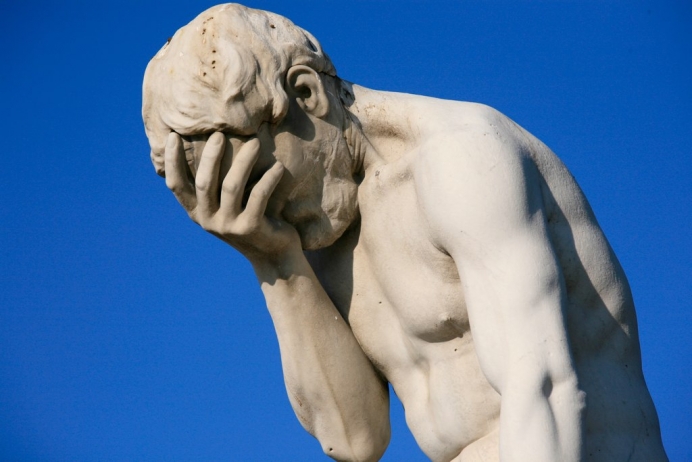 Unveiled less than a month ahead of oral arguments in National Institute of Family and Life Advocates (NIFLA) v. Becerra—a Supreme Court case challenging NARAL’s crowning legislative achievement to date—the site is a treasure trove of unfounded claims and senseless vitriol NARAL has conjured up over the past two decades.

Funny enough, the site uses the word “fake” over 150 times, but fails to show even one instance where women have been misled or dissatisfied by a pregnancy center.

Because NARAL and others within the multimillion dollar, government-funded abortion industry have never been able to produce the slightest shred of evidence to back up their incessant claims that pregnancy help centers do anything but help women for free, there’s zero to learn in terms of “new” information from the site.

But, since I canceled my cable subscription—and the Olympics are over—I’ve had a little extra time to spend the past couple of evenings. I read EndTheLies.com so you don’t have to. You can thank me later.

The “Real Women’s Stories” Page is a Ghost Town.

In what NARAL clearly intends to be the heart and soul of its new home for pixelated libel, EndTheLies.com’s “Real Women’s Stories” page includes just three pre-loaded entries almost a full week after it went online.

The rest is tumbleweeds.

Two of the “stories” are arguments from abortionists, including one who used a pseudonym. The third is an aspiring Silicon Valley tech wizard identified as “Lauren,” who complains thusly: “I literally just googled, ‘pregnancy help’ and a pregnancy help center was the first result…”

Perhaps we’ve been giving the abortion lobby a bit too much credit when it comes to their perceived mastery of the inter-webs. After all, pro-life pregnancy centers are kicking Planned Parenthood and other abortionists’ tail when it comes to reaching women online.

Try as they might, abortion fans at NARAL still can’t find even one woman who feels she was mistreated by a pregnancy center. Think that’s an exaggeration? Consider a major court case NARAL recently lost in Baltimore because after seven years and nearly 1,300 pages of documents, it couldn’t produce a single witness who was anything but thrilled with the help she received at a pro-life pregnancy center.

In contrast, it’s not nearly as difficult to prove the opposite.

Though NARAL would like to think it’s out to “End The Lies,” it’s really only out to end pregnancy centers that save lives. There’s a story in there somewhere, just don’t count on NARAL to tell it.

Browsing through NARAL’s new unhinged site, you start to wonder whether the group could use a safe space with puppy dogs and coloring books at its D.C. lair.

Under the general heading of “Fake Health Care Clinics Masquerade as Real Abortion Clinics,” NARAL laments that pregnancy centers both name themselves what they please and locate themselves where they please—often next to abortion mills.

The criticism is especially rich coming from an industry that virtually never includes “abortion” in the names of its own businesses—especially considering that monetized killing of unborn human beings is the only option presented at an abortion clinic.

As the site makes clear throughout, abortion businesses feel they own a woman facing an unexpected pregnancy. Any competing option is a mere insurrectionist—a “fake abortion clinic”—to NARAL.

So much for choice.

While examples of NARAL’s backfiring allegations abound at EndTheLies.com, the best by far is an accidental compliment the group pays to Option Line—a 24-7 pregnancy helpline that just answered its 3 millionth call this week:

“One of the most potent tools… centers have at their disposal is Option Line, a Heartbeat International program that operates as a 24-hour call center and web tool referring women to the nearest… center,” NARAL writes.

At well over 350,000 cries for help answered last year, Option Line’s reach surpassed Planned Parenthood’s abortion numbers for the first time. No wonder NARAL’s so complimentary of its life-saving competition.

Special thanks to abortion advocacy group, #NARAL Pro-Choice America, for recognizing Option Line as “one of the most potent tools” pro-life pregnancy centers have at their disposal.” #WednesdayWisdom pic.twitter.com/8TCtLJyeBP

Not to be missed from NARAL’s new website: unawareness and a failure to grasp basic facts. In other words, it fits in pretty well with the larger body of NARAL’s work over the years.

From attacking pregnancy centers’ use of standard release forms, to calling attention to the fact that pregnancy centers are not subject to HIPAA compliance—because all their services are free—it’s painfully obvious the folks at NARAL are more interested in spreading lies than fighting them.

At one point on the website, a pregnancy center leader is criticized for saying she encourages clients to “wait” until they are seven or eight weeks’ along before coming in for an ultrasound. While NARAL brays that the timeline is just another “delay tactic,” most expectant mothers don’t get their first ultrasound until week 12 or later.

Predictably, the site also reiterates the abortion lobby’s strong opposition to Abortion Pill Reversal—which more than 400 women have used to stop a chemical abortion and rescue the life of their preborn baby instead.

Tweet This: New hate-site from @NARAL is hilarious. Here's why. #prolife

To NARAL and the rest of the abortion-enamored Left, women like Rebecca, Shanelle and Samantha simply do not exist—and neither do the children they chose to rescue from an in-progress abortion.

There’s plenty to mock in NARAL’s latest drive-by, but its ghoulish hatred of women and children who choose life for their own babies is no laughing matter.