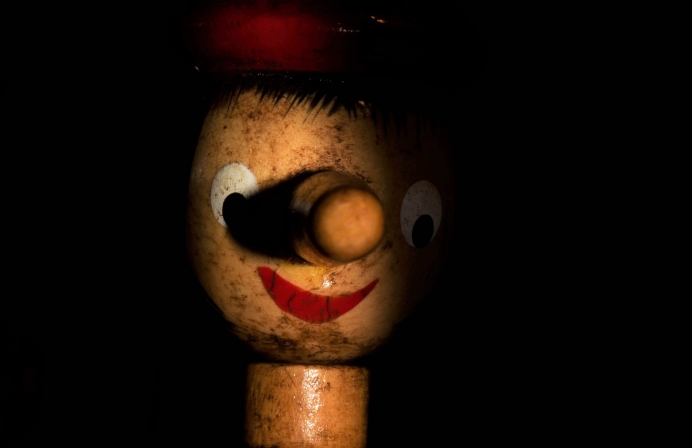 Two medical groups recently published a joint statement alleging that “Crisis Pregnancy Centers in the U.S.: Lack of Adherence to Medical and Ethical Practice Standards.” But their argument doesn’t pass muster, considering it is based upon false claims, comes from friends of abortion and relies on the industry’s lingo and talking points.

The Society for Adolescent Health and Medicine (SAHM) and the North American Society for Pediatric and Adolescent Gynecology (NASPAG) published a position paper in which they state that “Crisis pregnancy centers attempt to dissuade pregnant people from considering abortion, often using misinformation and unethical practices.”

This claim is not only unfounded, it is highly suspect, given that several authors of the paper published by SAHM and NASPAG have straight ties to abortion activism.

That pro-abortion advocates would misrepresent pregnancy centers that authentically help countless women each year is nothing new. But such an attack, mounted via a medical journal and calling for these centers to be denied government funding and free speech rights, should give everyone pause.

Tweet This: ”That pro-abortion advocates would misrepresent pregnancy centers that authentically help countless women each year is nothing new”

Falsely claiming that pregnancy centers “rely on deception” to provide these services, the abortion lobby has regularly and contemptuously labeled them "fake clinics," and targeting them through harmful legislation that abridges their free speech rights and drives women to abortion.

A vast majority of that savings came from the 400,100 ultrasounds performed at the centers. In addition to these ultrasounds, pregnancy help centers provide material resources such as diapers and clothing, free pregnancy tests, and parenting classes and abortion recovery groups.

Among the many assertions made by the position paper’s authors is that this material and resource help given free of charge to pregnancy center clients is “potentially coercive.”

I suspect the real issue the pro-abortion contingent takes with genuine no-cost assistance provided by pregnancy centers, which enables life-saving choices for families, is that it cuts into the abortion bottom line. Follow the money, as they say.

“As we continue to serve millions of people in the U.S. and around the world, it is crucial that the truth be known,” said Jor-El Godsey, president of Heartbeat International. "All women should have access to compassionate life-affirming care which the pregnancy help community is absolutely committed to.”

Tweet This: “All women should have access to compassionate life-affirming care which the pregnancy help community is absolutely committed to”

In the article, SAHM and NASPAG break down their positions into six categories that have been debunked time and again.

For example of this debunking, look to Heartbeat International's PregnancyCenterTruth.com, launched last fall to provide the facts about pregnancy help organizations.

“With all of the spin and outright lies circulating about the pregnancy help community, we wanted to create a space entirely devoted to setting the record straight,” Godsey said. “We believe that PregnancyCenterTruth.com will be the go-to site for anyone interested in the truth rather than talking points and rhetoric.”

Not surprisingly, the “positions” SAHM and NASPAG published are the same talking points and rhetoric that the pro-abortion lobby has used for years.

I would be curious to know whether anyone from these organizations has actually visited a pregnancy center.

Additionally, I see that pro-abortion advocates John Santelli, M.D., MPH, a staff member at the formerly Planned Parenthood-affiliated Guttmacher Institute, and Andrea Swartzendruber, MPH, Ph.D., a college professor who launched an entire program targeting pregnancy help organizations, are listed as two of the authors, along with other prominent abortion activists.

So, let’s break down their assertions.

1. “CPCs pose a risk by failing to adhere to ethical practice standards"

False. Women deserve truth and honesty when seeking care and support in an extraordinary time of need, such as an unexpected pregnancy. To ensure that this basic need is met, pregnancy centers adhere to a national code of ethics called, “Our Commitment of Care and Competence” (CCC), which addresses the vital importance of truthfulness in communications. Although pro-abortion groups say that pregnancy centers are deceptive, there is simply no evidence to bear that out. Pregnancy centers are truthful and honest to their clients, as multiple court decisions and investigations have confirmed.

Sounds reasonable. But “accurate and comprehensive,” when wielded by abortion activists equates to their definition of these terms, a.k.a. abortion affirming information. The limited government funding that pregnancy help centers do receive grants women wider access to pregnancy and parenting support services, and this is a positive, not only for the women and children it serves, but for the broader community that benefits from strong and healthy families.

But since we’re focusing on accuracy, it should be noted that 90-percent of funding for pro-life pregnancy centers comes via donations from local communities. It should be noted as well that the paper authors lament that a pregnancy center network received Title X family planning funding after the recent HHS rule change prohibiting abortion as a method of family planning.

Planned Parenthood opted to forgo $60 million in annual Title X dollars rather than separate itself from abortion – a mere drop in the bucket given the abortion giant’s annual haul of $500 million-plus in federal subsidies. My guess is the beef here is the fact any that Title X funds would go to a pregnancy center following the nation’s largest abortion provider walking away from part of its taxpayer-funded take.

3. “CPCs and individuals who provide CPC services should be held to established standards of ethics and medical care”

As previously noted, and far exceeding the extremely limited government funding that pregnancy help centers receive, Planned Parenthood received $544 million in taxpayer funding in fiscal year 2016-2017—37 percent of their overall revenue—even though 94 percent of their pregnancy-related services were abortions.

4."Schools should not outsource sexual education to CPCs or other entities that do not provide accurate and complete health information"

5."Search engines and digital platforms should enforce policies against misleading advertising by CPCs"

The allegation of “misleading advertising” is another false one. Pregnancy help centers state on their websites that they do not refer for nor perform abortions.

Despite this, in June Google implemented a new ad policy that requires ads using keywords related to abortion to carry one of two disclaimers: “Provides abortion” or “Does not provide abortions.” This fall, Yelp targeted pregnancy centers in California, tagging them as “faith-based crisis pregnancy centers” without their consent. In some cases, this overrides the categories that suited them better, such as adoption.

6."Health professionals should educate themselves, and young people about CPCs and help young people identify safe, quality sources of sexual and reproductive health information and care"

Actually, we believe that all people should educate themselves on pregnancy centers. In doing this, they will see that the centers provide compassionate care for pregnant women and are valuable resources in communities that save taxpayers money by offering their services for free.

Pregnancy help organizations empower the woman that comes through their doors to make positive choices for her pregnancy and her life. Millions of women and men have been served by pregnancy centers since the late 1960s, and give these centers glowing reviews.

Tweet This: ”Millions of women and men have been served by pregnancy centers since the late 1960s and give these centers glowing reviews”

In the paper’s biased assessment of pregnancy center objectives the SAHM and NASPAG authors begrudgingly concede that, “Despite the potentially coercive nature of CPC services and resources, many clients report needing and valuing them.”

The reality is that pregnancy help centers have a more than 90-percent satisfactory rating with clients.

Heartbeat International's Godsey sums it up perfectly in saying, “Everyone deserves truth and honesty, especially a woman considering so invasive and life-altering a decision as an abortion.”