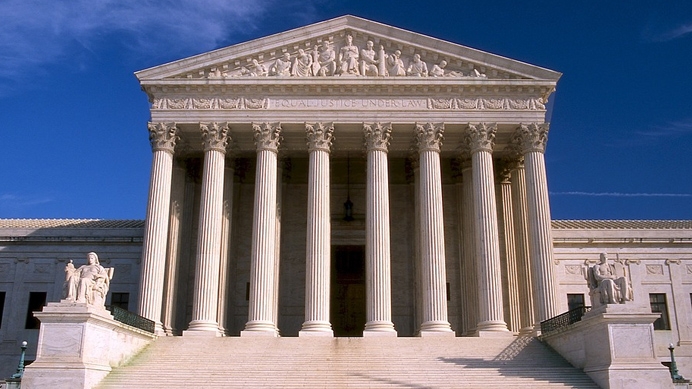 The Supreme Court’s NIFLA v. Becerra decision was huge for pro-life pregnancy help centers. HUGE as in, if the court ruled on behalf of Becerra and the state of California, blue state pregnancy help ministries would be in serious jeopardy. Just how big was this victory? Consider these five takeaways:

5-4 is as close as it gets. Before Tuesday, pro-life advocates saw this as possibly a 6-3, 7-2 or perhaps even a unanimous decision because this case was essentially about free speech. The prevailing thought was that while abortion is sacrosanct for some justices, at least one or two—or all four—abortion advocates on the Court would side with free speech over abortion. This didn’t happen.

Many conservatives struggled with the presidential race in 2016. Some didn’t vote. Others found independent candidates to their liking. This isn’t to rehash a decision that was difficult for so many, but to remind us. The Supreme Court had a vacancy after the passing of Justice Antonin Scalia; a major factor for all of us—however, we voted.

In the end, this vacancy made all the difference for pro-life ministries. President Obama’s nominee, Merrick Garland, never received a vote in the Senate. Had Garland won a nomination fight, Tuesday’s result would have likely flipped the majority against NIFLA and all of us.

3. Don’t Count on the Mainstream Media to Explain

Immediately after the decision, Newsweek’s Alexandra Hutzler wrote a piece on Alliance Defending Freedom, the legal team which ran point on the case. Here is the second paragraph:

Now, the Alliance Defending Freedom was handed another win in National Institute of Family and Life Advocates v. Becerra, which focused on whether crisis pregnancy centers can be obligated to disclose their anti-abortion stance. But just who is the ADF?

What? This case was about whether these ministries and organizations would be forced to advertise for abortion and abortion services. It said nothing about disclosing whether a center was pro-life, pro-choice, anti-abortion or pro-abortion. Not a word. Anywhere.

At least Newsweek spelled “ADF” correctly. And the magazine also correctly pointed out that ADF is—in legal terms—kicking posteriors and taking names at the highest court in the land.

But if we want to rely on major national news outlets to explain our issues, we will wind up disappointed.

4. The Abortion Lobby Revealed Its Agenda

First, it was NARAL, blaring on Twitter, “SCOTUS just ruled that unlicensed fake women’s health centers are free to dress up as doctors & deliberately lie to women about their #reprohealth.”

“It is deeply disappointing that the Supreme Court’s decision today will give unlicensed facilities a green light to mislead women about the health care services they provide.  No woman ought to be denied access to information about the full range of reproductive care options available.  In effect, this ruling will make it harder for women to access the care they seek. Setbacks like this one mean that we must not relent in the fight to ensure every woman’s right to make her own health care choices and have access to the full range of care options.”

Whoa there, big boy (and NARAL, too). The state of California and Attorney General Becerra argued all along that The Reproductive FACT Act was only about giving underserved women information on abortion availability.

They told us, again and again, they never intended to target pregnancy help centers; it’s just that these centers—ironically!—were the only organizations which fell under this glorious piece of legislation.

But once the decision was announced, suddenly this case became about misleading women, fake women’s health centers, people playing “dress up” to be doctors and making it harder for women to access health care.

You and I know; this law was never about access to health care. It was not about addressing some hypothetical “fake” clinic. Nor was it about impersonating a physician or about denying anyone’s choices.

To those in the abortion lobby, this case was only about money. That’s it. They saw an opportunity to shut down pregnancy help ministries (or force us to advertise their product) because we are the competition. And, we’re winning. This had to end, at any cost.

Tweet This: To those in the abortion lobby, this case was only about money. That’s it. @kirkwalden #SCOTUS #prolife #givefreespeechlife

But in the end, they lost.

While the decision was only 5-4, free speech held on in a harrowing but crucial battle. If NIFLA lost this case, what would stop a state from creating any law to satisfy its favorite special-interest group? This time it was the wealthy abortion lobby. What about next time?

Can you imagine? Think of the fictional First Faith Church, forced—because of its tax-exempt status—to place a giant poster in its lobby to inform its worshipers about 15 or 20 other religions so its own members could have “full access” to all worship “opportunities.” Far-fetched? Perhaps. But this case was bigger than the pro-life/pro-choice debate. We must never forget this.

This time, SCOTUS—by the narrowest of margins—got it right. Thank God.