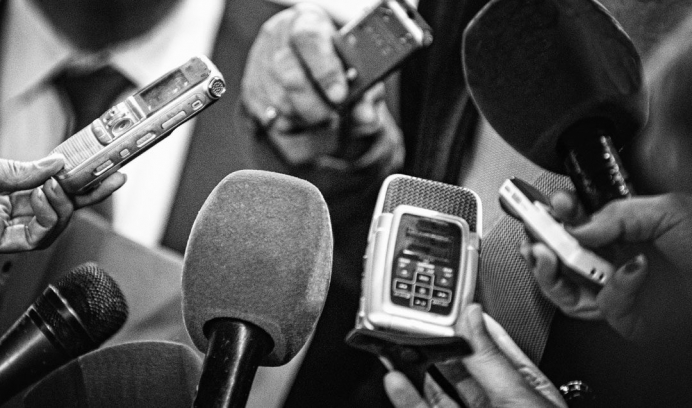 Reading Andrea Trudden’s article on “Expose Fake Clinics” latest campaign captured my attention. To be honest, I wanted to laugh. Here’s why:

If you’re involved in the pregnancy help community, you know the drill. Some group of abortion proponents created a website, ExposeFakeClinics.com, with a goal of creating false reviews of pregnancy help centers. They believe enough bad reviews will ruin our numbers, eventually closing us down. Whatevs.

The irony here is palpable. Wouldn’t it be great if we could interview one of the founders of this site? Talk about fun . . .

Me: So, your goal at ExposeFakeClinics.com is to out what you call “fake clinics,” which I would call pregnancy help centers and clinics, right?

Me: And to “expose” these clinics, you encourage women to gather together in homes and apartments and write reviews of these places?

EFC: Yes! If we create enough reviews on Yelp and Google, we can . . .

Me: Got it. So, how do they gather information for these reviews?

EFC: They can look on the fake clinic’s web site, or maybe call if they want. It’s so fun and they don’t even have to leave their computer!

Me: Sounds quite easy. So easy, they don’t even have to visit the pregnancy help center to write a review, is that correct?

EFC: Right! They can write reviews for fake clinics near them, somewhere in their state—really, anywhere!

Me: Not to be confrontational, but aren’t reviews supposed to be written by those who visit these clinics, who actually went in the door? Isn’t the point of reviews to tell others about our experiences at a place of business?

EFC: Usually, yes, well, I guess. Sometimes, maybe. But we don’t have to walk in their doors. They are fake. We must expose their fakyness.

Me: Again, not being difficult, but just for clarification . . . you’re telling me the best way to expose a so-called “fake” clinic is to write a fake review of a fake experience about a place you’ve never seen?

EFC: You don’t have to put it that way. You almost triggered me. And it’s them that’s the problem, anyway. They aren’t even medical clinics at all!

Me: Which leads to another question. They do have medical licenses and they perform medical testing and medical procedures like ultrasound, so doesn’t this make them real, not fake?

EFC: They may have some kind of medical license, but they are definitely fake.

Me: When you say on your web site these clinics have “some kind of medical license,” does this mean it is a fake license? Maybe half a license?

EFC: Well, it’s a real license. But the clinic is still fake. What about “fake” don’t you understand?!

Me: Again, not to be argumentative, but if these clinics have real physicians and nurses with real licenses, isn’t it deceptive to put a phrase on your site that makes it appear their licenses aren’t in fact, real?

EFC: Next question. That last question was fake. And I know what fake is.

Me: You have a page encouraging women to write “an accurate, honest review of a fake clinic.”  We already know you don’t want reviewers visiting these centers, but on your page, you imply these clinics don’t provide information on a “full range of reproductive health options.”

Me: Maybe I’m just not up to speed, but it seems “reproductive health” means reproduction, as in, “producing again.” Like, having babies.

EFC: Abortion is reproductive health care, because . . . because . . . it just is. And besides, we’re supposed to be talking about exposing fake clinics! About their lying, and about their deceptive practices!

Me: Good point. We’re certainly talking about fake clinics and deception, and doing so quite well, I believe. Thank you for your time.

Tweet This: .@KirkWalden writes pure gold in his rendition of "Interview of a #fakeclinic informant."