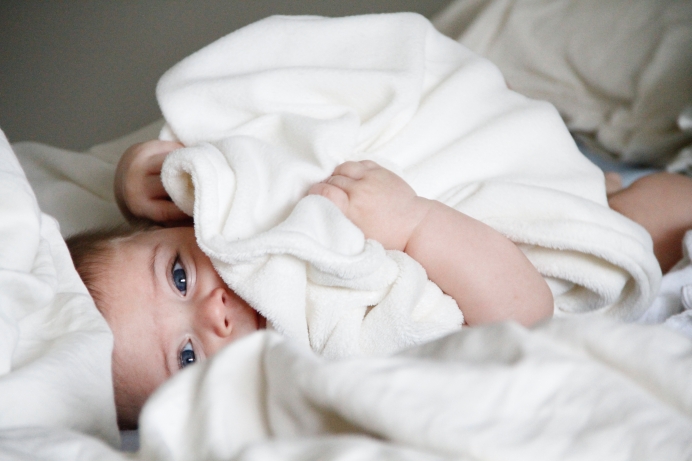 Pregnancy Help in Ohio: States Are Stepping Up

(Charlotte Lozier Institute) As Planned Parenthood is being defunded of $1.5 million in annual state funds this year, pro-life pregnancy centers are being allocated $7.5 million in Ohio’s state budget. Taken together, these two changes represent a bold stride for protecting unborn lives and supporting women’s well-being at the state level.

The Ohio Department of Health decided in April to cut funding to Planned Parenthood under a state law which bars public funds from going to entities that perform or promote abortions. The decision became final in May when a federal appeals court upheld the law. Planned Parenthood’s role in abortion is massive; a study released in 2018 by the Charlotte Lozier Institute showed that Planned Parenthood’s share of the U.S. abortion market rose from 10 percent in 1995 to 35 percent in 2014.

Ohio pregnancy centers have been the recipients of $1 million in annual funding through the Parenting and Pregnancy Support Program in previous budgets. The recent appropriation of $7.5 million over two years represents a major increase and opens up considerable funding to the 200 pro-life pregnancy help centers across Ohio. The final two-year budget bill was signed by pro-life Governor Mike DeWine on July 18.

An additional bold stride Governor DeWine took in April of this year was to sign Ohio’s “heartbeat bill” into law (notably differing from his predecessor’s decision to veto the measure last December). Similar laws limiting abortion after a fetal heartbeat is detectable have been signed into law in Georgia, Kentucky, Mississippi, Missouri, Iowa, Louisiana, and Alabama (Alabama’s law goes further to ban abortion entirely except in the case of a medical emergency).

A federal judge enjoined the Ohio law in early July, ruling the law places an “undue burden” on a woman’s right to choose a pre-viability abortion and striking it down under the U.S. Supreme Court decision in Planned Parenthood v. Casey. But the viability standard set forth in Roe, that a woman’s privacy (or autonomy) trumps the unborn child’s interests when the child is unable to survive outside of her/his mother’s womb, has long caused Roeto be on “a collision course with itself” due to medical advancements allowing babies to survive at younger gestational ages outside the womb. In addition, proponents of the heartbeat laws recognize that a fetal “heartbeat” is both visible and audible via ultrasound at six weeks’ gestation, clearly revealing the separate life of the unborn child for a woman to experience.

Ohio’s actions reflect a trend. Elected officials, that is, legislators and governors, in predominantly pro-life states are not only passing and signing into law strong legislation to limit abortion and taxpayer funding of abortion providers, but they are also increasingly stepping up to fund abortion alternatives through state budgets and state-administered programs. These monies provide needed support to women and couples experiencing an unintended pregnancy. The major boost in Ohio’s state budget is but one example. This move is applauded by those who offer life-affirming support and by constituents who recognize the need for it and favor their tax dollars going towards it.

Vivian Koob, executive director of Elizabeth’s New Life Center, a group of seven women’s centers/pregnancy centers in the Dayton region, shared, “Over the past several years monies from the Ohio Parenting and Pregnancy funds have provided free services to underserved women and families in Ohio. Our state has a preference for childbirth over abortion allowing the most vulnerable among us to have a chance to live the American dream and contribute to the betterment of society. We are pleased that more funds will be available to help make this possible.”

Tweet This: Our state has a preference for childbirth over abortion allowing the most vulnerable among us to have a chance to live

Funding alternatives to abortion just makes sense. A 2018 report by the Charlotte Lozier Institute studying 2,600 pregnancy center locations in the U.S. showed that pregnancy centers provided almost 2,000,000 people with free services, with estimated community cost savings of at least $161 million in 2017. The study further showed that: 7 out of 10 centers offered pregnancy confirmation ultrasound scans with 400,100 free scans provided; 87 percent of centers provided free parenting education to almost 296,000 moms and dads; 679,600 free pregnancy tests were provided to clients; and 1 in 4 centers offered free STD/STI testing. In addition, 96 percent of centers provided material assistance to moms/parents including baby clothes, diapers, other baby supplies, strollers, and baby furniture. Referrals for linkages to care and resources in the community were reported as key functions at these centers as well.

In other words, pregnancy centers are helping women and men to envision ways in which they can give life to their child, providing education to become better parents, offering free medical and prenatal education services to increase healthy outcomes for moms and babies, and helping to meet their needs with vital resources. All this aligns with a state which values protecting human life, increasing healthy outcomes including the reduction of maternal and infant mortality and building stronger families.

In addition, care at pregnancy centers is uniquely provided within a respectful, compassionate, and supportive environment to empower a woman to welcome her child into the world, whether to parent herself or to make a plan for adoption. Centers have never offered or referred women for abortions as this would run counter to their mission.

Predictably, critics serving as surrogates for the abortion industry are reacting with derogatory and untrue statements against the pro-life community-based groups. Despite the centers’ adherence to the requirement that medical services be under the supervision and direction of a licensed physician in accordance with applicable medical standards, their opponents repeat the same tiresome false attack lines. The negative campaign against “fake clinics” was manufactured by pro-abortion organizations in the mid-1980’s and continues today. It has never stuck. Why? Simply stated – it’s patently false and both the people working at pregnancy centers and women and men who have received care there know otherwise. It’s also ironic given that pregnancy centers actually share medical information – sonograms – with the women they care for while abortion clinics, by policy, have typically withheld the viewing of ultrasounds (until mandated by law in some states) violating the principle of informed consent central to medical ethics.

The same Lozier Institute study previously noted shows that in addition to at least one licensed medical provider being on staff at the vast majority of centers offering medical services, an estimated 7,500 medical professionals freely give of their time and skills as center volunteers. It is irrational to believe that these individuals would risk their licensure to participate in “fake” medical outreach.

Opponents also deride the proportion of volunteers to paid staff at centers. Centers operate through small staffs and large numbers of volunteers from the community – a model implemented by groups such as the Red Cross, for example, with a nearly identical volunteer make-up to pregnancy centers at 90 percent of their workforce. The CLI study reported 59,000 non-medical volunteers at centers fulfilling a variety of roles to enhance care.

More states are now passing laws which protect unborn children and award monies to pro-life pregnancy centers. Ohio is a standout example with three important actions taken:  passage of a law to significantly limit abortion, successful defunding of the country’s number one abortion provider in its state budget, and an accompanying increase in funding to life-affirming, community-based pregnancy centers with a solid track record of care. One can only hope that “As goes Ohio, so goes the nation.”

Editor’s note: This article originally appeared at Charlotte Lozier Institute and is reprinted with permission.