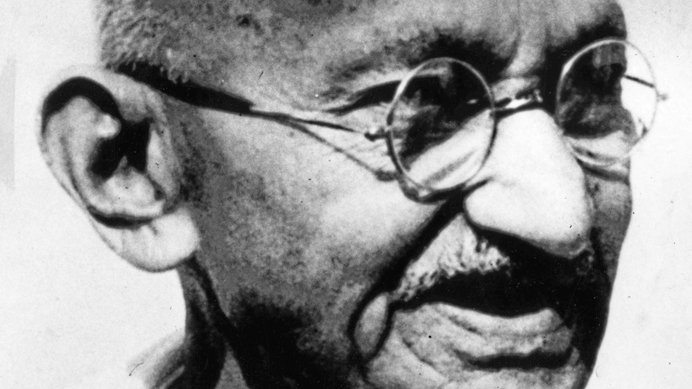 Through nonviolent civil disobedience, Mahatma Gandhi led India to independence and inspired movements for civil rights around the world.

And Then We Win

It was Gandhi, well-acquainted with challenging cultural norms, whose philosophy is often summarized as the following: “First they ignore you, then they laugh at you, then they fight you, then you win.”

It started, in earnest, more than a year ago, in July 2017 with the launch of the Lady Parts Justice League “Expose Fake Clinics” campaign. The negative campaign started with a splash (ambushing a Heartbeat affiliate in Pittsburgh using fake clients) but wilted as Heartbeat’s Pregnancy Help News and Academy helped educate pregnancy help organization leaders in a timely fashion, as well as our Extend Web Services team’s expertise helped push back on the digital attack.

I believe Gandhi's quote has been on display in our movement. Initially Big Abortion, largely, ignored the pregnancy help movement. Even a sustained, multi-jurisdiction push for anti-pregnancy center laws and ordinances, has been defeated in the courts. In this past year, the NIFLA SCOTUS case win was preceded by a seven-year victory in Baltimore. In that case, Judge Wilkinson found, “After seven years of litigation and a 1,295-page record before us, the City does not identify a single example of a woman who entered the Greater Baltimore Center’s waiting room under the misimpression that she could obtain an abortion there. What the record does show is affirmative advocacy of abortion alternatives by a lawful non-profit group.”

With their strategy of bullying by legal means blocked, the “Expose Fake Clinics” public relations campaign has become the repository of Big Abortion attention, energy, and funding. Dozens of pregnancy help centers across the country have reported Handmaid's Tale type protesters. The American Medical Association’s, so-called, Journal of Ethics published an article (by pro-abortion doctors) with the headline, “Why Crisis Pregnancy Centers Are Legal but Unethical.”

Even HBO weighed in, with John Oliver devoting an entire episode of “Last Week Tonight” (HBO) to slamming "crisis pregnancy centers" delivering the requisite half-truths, outright lies, and biased perspective in a foul-mouthed sarcastic way so as, apparently, to qualify under both “they laugh at you” and “then they fight you” portions of the philosophy.

And yet, Heartbeat’s Option Line numbers are at all-time highs (360K in 2017, tracking to eclipse 400K in 2018). Abortion Pill Reversal numbers are increasing significantly. More pregnancy centers, maternity homes, and others, are uniting under Heartbeat International affiliation than ever before. Charlotte Lozier Institute’s recent Pregnancy Center Services Report, 3rd Edition, touts amazing accomplishments for 2017 alone, as well as achievements and milestones over “A Half Century of Hope” from the beginning in 1968 to 2018.

Despite the frenzied activity of our increasingly shrill opposition, the Lord of Hosts is clearly with us. We are winning. Even if the other side doesn’t know it yet. Though I suspect that’s what they fear. So take heart, “…for God gave us a spirit not of fear but of power and love and self-control” (1 Timothy 2:7).