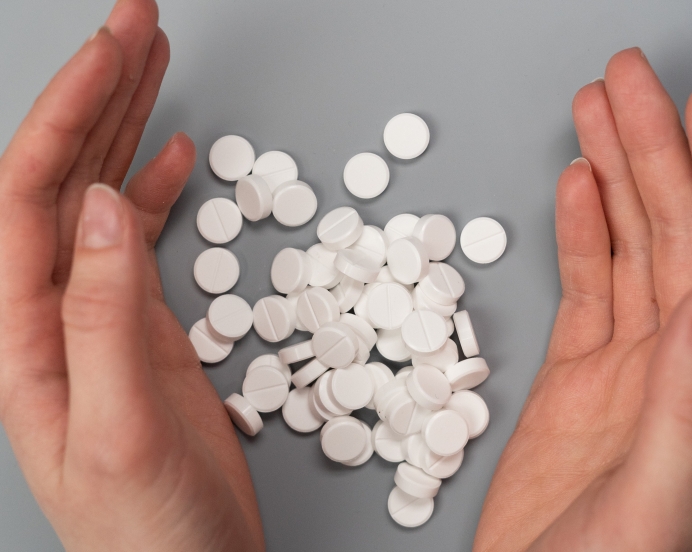 The Democrat majority in the U.S. House of Representatives assailed the states' ability to regulate chemical abortion pills with a dubious move Wednesday.

The House passed H.Res.1434, reasserting the supremacy of federal law over “state laws that inhibit access to or use of any reproductive health product.”

H.Res. 1434 was sponsored by Rep. Mondaire Jones (D-NY) and House Democrats used a procedural maneuver to get it passed. This was done without officially putting the resolution forth for consideration on the House floor. The procedural move involved the combined rule (H.Res.1529) for two unrelated rules bills (HR 9640 and S. 1942), which said that if the combined rule was adopted then H.Res.1434 would also be considered adopted.

The route House Democrats took was a unilateral act that denied the minority the courtesy of a response and debate.

The Director of Medical Impact for the world's largest network of pregnancy help criticized the measure.

"This resolution attempts to protect “reproductive health products” yet these abortion drugs have nothing to do with health," said Heartbeat International's Christa Brown.

"They end a life and damage women on a regular basis," Brown said. "The chemicals of abortion have a track record of four times the number of adverse events than surgical abortion. These elected officials, acting as abortion activists, with only the authority of the FDA, are attempting to override the will of individual states and our highest court. Safe, legal and rare has truly given way to abortion at all cost, in any place, in any circumstance."

Abortion proponents have been working to increase unfettered access to abortion since Roe v. Wade was overturned by the Dobbs ruling earlier this year. The reversal of Roe sent the issue of regulating abortion back to the states.

Abortion supporters have also engaged in an ongoing campaign to paint abortion regulations as dangerous to women following the Dobbs decision.

Chemical abortion had risen to comprise more than half of all abortions conducted in the U.S. prior to the Dobbs ruling. Its distribution through telemedicine and mail order procurement puts women at risk because it results in insufficient medical oversight. Online dispensing also opens the door for illicit bypassing of local restrictions and exploitation by human traffickers and other abusers.

The chemical abortion regimen consists of two drugs, mifepristone and misoprostol. The first drug blocks progesterone in the mother, starving her unborn child of nutrients. The second drug, taken a day or so later, prompts the mother to go into labor and deliver her presumably deceased child. Chemical abortion can have numerous risks for women. Findings form a longitudinal study published in 2021 showed that between 1999-2015 visits to emergency rooms pertaining to chemical abortion increased over 500%. additionally, a Finnish study found that women who'd had a chemical abortion were four times more likely to have adverse events than women who had another type of abortion.

Part of the safety concern with chemical abortion is that women are typically at home when complications occur, often alone. The FDA removed the component of the the existing safety standards requiring an in-person medical exam prior to dispensing the drug in December 2021.

Legal religious liberty non-profit Alliance Defending Freedom filed a lawsuit against the FDA in November arguing that millions of women and girls have been put at risk over the last 20-plus years due to the the FDA's handling of safety standards and approval of the abortion pill.

Students for Life Action President Kristan Hawkins called it a “despicable act” and a "sneak attack" on the rights of the states and unborn children.

“This is not only an end run around state laws, but also an effort to prop up the embattled FDA facing multiple citizen petitions as well as a lawsuit over its negligence in handling chemical abortion pills," Hawkins said. "President Biden and his allies are willing to risk women’s lives as preborn lives are ended, leaving states the important work of putting human lives over abortion industry profits."

"Rep. Mondaire Jones’s resolution entirely ignores the politicization and woeful inadequacy of the FDA’s approval process of mifepristone, the proven risks to women and girls as a direct result of taking these pills, and the desire—and the right—of lawmakers at all levels of government and medical professionals to protect the unborn and their moms from these dangerous drugs," she said.

"An in-depth report published last year on the FDA’s data on deaths and severe adverse events found that the FDA’s data is “woefully inadequate” in assessing the risks or safety of mifepristone. "Incomplete and inaccurate data with miscoded events have left huge gaps in critical information," said Dannenfelser. "Still, with the data that could be found within the FDA adverse events reporting (AERs), there is evidence of at least 20 deaths, 529 life threatening events, and nearly 2000 severe events, including emergency hysterectomies and ruptured ectopic pregnancies. Equally concerning, the study indicated severe underreporting of a significant number of complications."

Brown questioned whether the government had the best interests of women and children at the forefront.

"As Democrats in the House work to sell more “reproductive health products,” who will stand up and protect the innocent children and the women harmed by these drugs?" she asked. "It will not be the FDA, which is responsible for protecting the public health, or the House Democrats who reside in the pockets of Big Abortion."

Tweet This: As House Dems work to sell more “reproductive health products” who will stand up & protect innocent children & women harmed by these drugs?