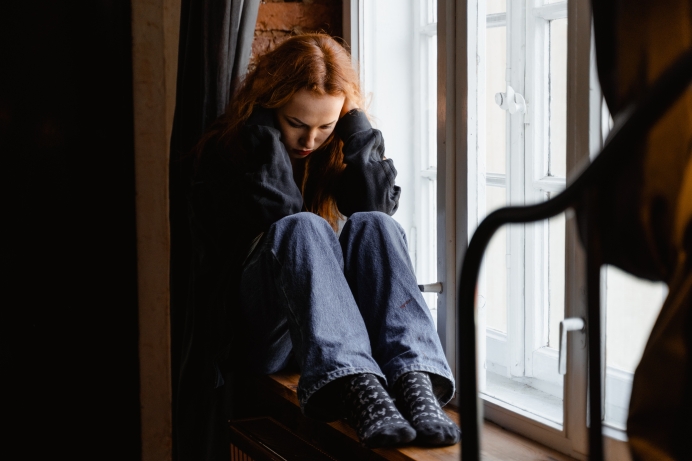 When women are seeking choices for a pregnancy, they want the truth. And they want safety.

Once again, we have evidence that abortion proponents offer neither.

While the majority of all chemical abortions are still a mifepristone/misoprostol combination, a handful of abortion extremists are skipping mifepristone and mailing misoprostol alone for at-home abortions.

This is a desperate attempt, as National Right to Life’s Randall O’Bannon says HERE, to keep abortion available "under the radar" in states where the combination is not widely available.

The abortion lobby persists in the claim that abortion is healthcare. Some among those who push this false narrative abandon actual sensible care for patients as extreme measures disguised as “abortion care” are inflicted on women’s bodies to expand access to abortion at any cost.

Chemical abortion is the abortion mode du jour as it provides the most profit with the least responsibility. And as demonstrated by this latest maneuver (pushing chemical abortion with only misoprostol) it is most effective in circumventing local laws - and medical ethics.

The latter is because a chemical abortion drug cannot be safely administered – which, it’s never safe for the unborn child – without an in-person exam beforehand to confirm the mom’s stage of pregnancy, to rule out ectopic pregnancy, and to screen for other serious conditions.

There are plenty of risks associated with the two-drug chemical abortion process even when administered by trained health personnel. Providing the second drug of the FDA-approved two-drug regimen only is dangerous and unnecessarily puts women at increased risk.

Even if you can dismiss the massive loss of unborn life that occurs with abortion, the mistreatment of women's health here cannot be overlooked.

Misoprostol-only abortion has always been an option for women, but not preferred by most.

The abortion pill is approved by the U.S. Food and Drug Association as a two-step process – two drugs with two different purposes, taken at different times.

Skipping over the first drug is not a process approved by the FDA for abortion.

In a mifepristone/misoprostol abortion, the mifepristone is consumed on day one and quickly starts to break down the pregnancy by blocking progesterone, the natural hormone in a pregnant woman’s body necessary for a pregnancy to thrive.

Pain is a primary side effect of any abortion but especially of misoprostol. With repeated dosing of this drug in a “misoprostol-only abortion”, the patient faces hours and probable days of misery.

Cutting to the risk-laden chase

When the first step is skipped, the pregnancy is thriving and attached when the drug meant for the second of the two-step process is taken, and strong contractions begin suddenly for the mother and living unborn child.

It takes a lot to empty the uterus in any circumstance. Heading straight to this step with a thriving, viable pregnancy is especially egregious.

Tweet This: Abortionists are trying to keep abortion available under the radar in states where surgical abortion is not available or abortion is illegal

Misoprostol is widely available in markets (including those just across the border from the U.S. into Mexico) and is very inexpensive.

A doctor can typically e-prescribe misoprostol through any commercial pharmacy because it has other purposes besides abortion. However, mifepristone, produced exclusively for abortion, is not available in a lot of pharmacies. It needs to be picked up or shipped.

So far in states with more limited access to abortion or banned abortion, women are still obtaining the abortion pills through telehealth and the medications are widely available on various pharmacy and abortion websites.

This method has been used in areas of the world where mifepristone, a more expensive drug, is not readily available. We have some insight on this from women who have used this method to chemically end their pregnancies.

Without prior in-person assessment, women are in immediate danger when obtaining these drugs

If the pregnancy has implanted outside the uterus, misoprostol is insufficient to end the pregnancy. While the woman might experience the expected pain and bleeding associated with abortion, causing her to believe it was complete, her ectopic pregnancy would continue and could result in fatal complications.

Ectopic implantation causes about 6% of maternal deaths when untreated, but when properly treated, this figure drops to 0.05%. For this reason, it is important to rule out ectopic pregnancy prior to taking any abortion drug.

Without in-person evaluation to date the pregnancy, a woman might be unaware of the actual gestational age of her baby.

The American College of Obstetricians and Gynecologists, the American Institute of Ultrasound in Medicine, and the Society for Maternal–Fetal Medicine confirm that ultrasound in the first trimester is the most accurate method to establish or confirm gestational age. ACOG also states that an accurately assigned EDD early in prenatal care is among the most important results of evaluation and history taking.

Abortion providers also dismiss the warnings of uterine rupture when used for abortion in the black box warning for misoprostol (Cytotec), This type of precaution by the U.S. Food and Drug Administration is placed only on medications that carry serious safety risks. This risk increases with advancing gestational ages and with prior uterine surgery, including cesarean delivery.

If abortion is truly healthcare, how are these important steps skipped over?

Without confirmation of dates or viability, using misoprostol alone increases the likelihood of live babies being born, since the children are thriving in the pregnancy until the contractions begin.

The American Association of Pro-Life Obstetricians and Gynecologists states that an abortion decision is a significant life decision and should not be reduced to a remote interaction as happens in telehealth abortion of any kind.

Deceptive abortion websites, rather than offering true options, instead advise women to falsify a story to obtain unprescribed misoprostol in a pharmacy.

Women On Waves gives this advice: “To obtain one these medicines, one could for example say that your grandmother has rheumatoid arthritis so severely that she is visiting and she forgot her medicines and is in pain, and that you do not have money to pay for a doctor to get the prescriptions for the tablets or that the doctor is on a holliday.”

The pseudo-medical websites also advise women to purchase misoprostol “on the black market (places where you can also buy Marijuana).” How can this possibly resemble legitimate healthcare?

Most abortion providers will repeat the misoprostol dosing three times as women experience a painful long-term series of contractions.

There are some studies that advocate a protocol (800 mcg every three hours for three doses). This study advocates for misoprostol abortion 13-24 weeks gestation using 400 mcg sublingually or vaginally every three hours until fetal and placental expulsion.

But at the Abortion Pill Rescue® Network (APRN) we've heard from women who have had four or more rounds of misoprostol and were still pregnant.

Some studies have been conducted to use misoprostol only for abortion. The bias in the studies is apparent.

A systematic review of 12,000 misoprostol abortions found that 22% (nearly one in four) required surgical completion because misoprostol failed to completely empty the uterus. Yet, despite this large failure rate, the same study concluded that misoprostol alone is effective, safe, and a reasonable option for women in the first trimester.

In this study misoprostol was prescribed for abortion to sixty women 13-18 weeks gestation and failed to be complete 25% of the time.

Yet, incredibly, their conclusion was that mifepristone and misoprostol combined together is now “an established, highly effective and safe method for medical method of second trimester termination."

Because misoprostol is available by prescription in pharmacies, it can be prescribed even long distance by those that advocate for procured abortion.

This is what Aid Access did in Texas during the early parts of covid lockdowns when the abortion facilities temporarily closed.

While abortion proponents, claim to provide “patient-centered, evidence-based care,” they openly ignore the safety of women in order to maintain access in all locations in any stage of pregnancy.

Without a strong physician-patient relationship, a woman experiencing a complication will be on her own to determine when emergency care is needed.

This appalling treatment of women does not constitute actual healthcare or responsible treatment of either patient in a pregnancy. This is clearly promotion of abortion at any cost in a concerted effort to protect abortion, not the well-being of women.