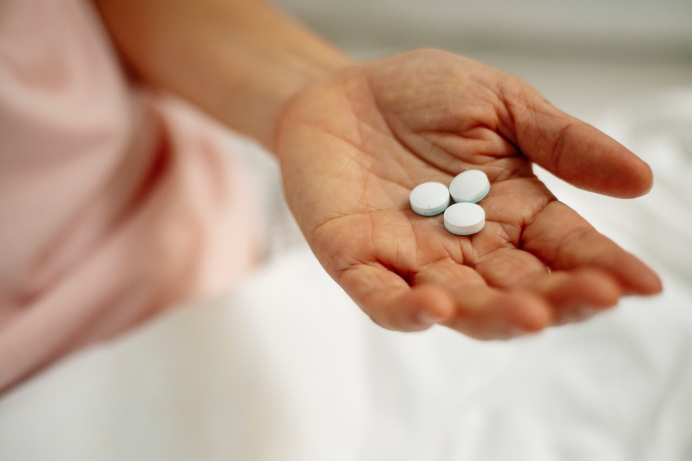 Withholding information from doctors about abortion pill use is dangerous

In the article “Guide to Abortion Access,” writers Rebecca Grant and Elizabeth Isadora Gold tell women who are experiencing abortion pill complications that, “You are now having a miscarriage; everyone at the ER should treat you accordingly, so avoid mentioning abortion, and the pills, entirely.”

“For the safety of women experiencing complications after an abortion, it is critically important they disclose to their healthcare team medications they have taken and recent procedures they have undergone,” Brown said.

“The abortion chemicals given to women have serious side effects and when these complications occur, treatment should never be delayed,” she added.

Tweet This: “Encouraging women to hide their abortions hides any evidence of complications”

“There is no plausible health reason to instruct a person to lie to the medical professional that will be about taking care of them,” he said. “Physicians need precise information in order to prescribe the best care for their patient.”

But Godsey also suspects why the magazine would steer women in this perilous direction.

“The only viable reason is that the abortion proponent wants the patient to be an accomplice in hiding the bad effects of the abortion pill,” he said.

“Unethical guidance like this, apparently, is deemed less risky than a lawsuit that might arise from an abortion pill complication,” Godsey continued. ‘Not for the patient though, but the abortion pill provider.”

“Directing someone to lie about their condition is inappropriate guidance for those who claim to value bodily autonomy,” he said.

Tweet This: Directing someone to lie about having had a chemical abortion is inappropriate guidance for those who claim to value bodily autonomy

A recent study revealed the specific dangers that can appear when a woman needs emergency care and her abortion is miscoded or concealed, Brown shared.

"Abortion providers should advise women that they may be at increased risk of multiple hospitalizations and surgical intervention if they do not inform medical personnel that they are experiencing an abortion complication."

The following facts clearly refute the assertion that the abortion pill is completely safe. Chemical abortion has:

Countless women have been promised privacy before starting a chemical abortion. Providers tell them it will remain in their isolation of their own home.

As a result, the thought of sharing this information with a doctor in the event complications occur can be unpleasant.

“Healthcare professionals should not be judgmental about your situation,” Brown said. “Your safety and wellbeing are the most important.”

It is imperative for women to know that help is readily available if they are considering an abortion pill.

“Pregnancy help centers are a safe place to slow down and seek the information you need to make the best decision possible,” Brown said. “They do not profit from your choice and will help you free of charge.”

Many times women who do choose a chemical abortion are suddenly flooded with regret as the reality of what they have done hits them.

“No one should face these challenges alone, and there is no obligation to start reversal if you call for information,” Brown said. “Our team of nurses is trained to answer your questions, explain abortion pill reversal, complete a medical intake, and connect you with a local provider as quickly as possible to begin treatment.”

Women who start the reversal within 72 hours have a 68% percent success rate (oral protocol), she added. Those odds give women a decent shot of saving their children.

But whether through chemical or surgical means, when a child does pass away from abortion, it often leads to long-last devastation for the mother.

“In my 25 years of assisting thousands of women with pregnancy choices, rarely have I seen women actually hoping to abort,” Brown said.

“It's not the empowering moment the media portrays it to be,” she said. “Instead, it's often a moment marked with great sadness and defeat — one that is replayed in her head for years to come.”

Brown shared witnessing the “real grief” for the pregnancies lost to abortion.

“I can still remember the pain in their voices and the sadness in their faces as they explained what they felt they must do,” she recalled.

And she said women are stronger than the abortion industry gives them credit for, and they can live without intentionally stopping the lives of their children.

“I found the women we helped to be resourceful, emotionally strong, courageous, and often able to parent their children when given the chance,” Brown said. “And I also found that women regret their abortions.”