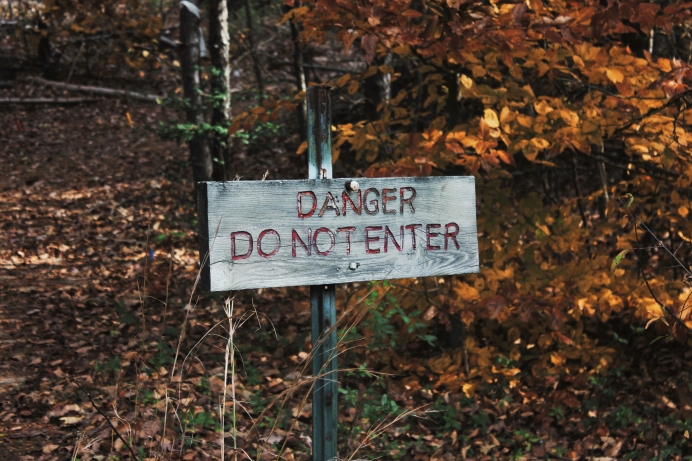 As chemical abortion procedures increase in popularity, the dangers of mifepristone are becoming more evident

The FDA required all serious adverse events (AEs) be reported to Danco, the drug manufacturer, who then submits AE reports to the FDA.

However, in 2016, not only did the FDA approve of a new route of administration for the drug (which Planned Parenthood was already using), but they also reduced the requirements for reports of AEs to only include deaths and allowed non-physicians to become prescribers.

Abortion advocates and abortion pill providers sing the praises of the safety and efficacy of the abortion pill regimen. Since elimination of surgery is theoretically accomplished, things like uterine perforation, cervical tearing, and even infection following an abortion should decrease significantly. They gush over high efficacy and low complication rates.

However, even the sources they use do not support their claim that medical abortions are super safe and no big deal! Additionally, evidence shows that whether one gets a medical or surgical abortion, there is going to be an increased risk of infertility. This is rarely discussed by pro-choice advocates when talking about medical abortion. I honestly have no idea if it is discussed with women prior to receiving the abortion drugs, either.

Additionally, abortion advocates and providers downplay the possibility of abortion pill reversal (APR) and even try to say the process is dangerous.

The latter assertion comes from a tiny study published by Dr. Mitchell Creinin which attempted to show the reversal process was harmful. In fact, the sample size was so small that the authors themselves admitted, “This level of evidence is inadequate to support or refute the benefits and risks of any treatment.”

However, that’s not the conclusion news outlets went with!

While the study itself admits its limitations, the authors overstated results to news outlets when the study was popularized and covered in support of abortion. Even NPR ran with the dangerous-to-stop spin, saying, “Opponents have said there wasn't sufficient evidence to support the approach. Now, there's evidence that it could cause harm.”

Actually, the evidence is insufficient to draw any statistically significant conclusions. The statistically insignificant, conclusions, however, actually support APR as safer than just not completing the abortion and more effective at maintaining pregnancy.

Of the 12 women in the study (six given progesterone and six given placebos after taking mifepristone), three women called ambulances for excessive bleeding. Only one had taken progesterone, and she was the only one who did not need a blood transfusion. The two women who had received placebos after mifepristone were the ones who required either surgical abortion and/or blood transfusions. Patients who received progesterone over the placebo were also twice as likely to still be pregnant at the two-week follow-up: four of the six patients in the progesterone group vs. two of the six in the placebo group.

Again, these numbers are not statistically significant. The sample size is too small to draw any definitive conclusions.

The best we can say is that the trend they saw is the same trend Dr. Delgado has published before, with the APR success rate being about 68%, and that there seems to be a trend of worse outcomes for both mother and baby with stopping and doing nothing vs. stopping and taking progesterone.

However, even though the published paper admits its limitations, Dr. Creinin tries to stretch the results to mean things they just don’t, saying things like: "Encouraging women to not complete the [abortion pill] regimen should be considered experimental...We have some evidence that it could cause very significant bleeding" and "It's not that medical abortion is dangerous … It's not completing the regimen, and encouraging women, leading them to believe that not finishing the regimen is safe. That's really dangerous."

If not completing the regimen is so dangerous, then why does Dr. Daniel Grossman, a pro-choice activist using his credentials to push for abortion access, freely admit in a publication that “the usual care for women seeking to continue pregnancies after ingesting mifepristone is expectant management with fetal surveillance”?

As I’ve pointed out before, if expectant management is already the usual care, how on earth is adding progesterone to that care any more dangerous than not doing anything? It sounds like abortion advocates are talking out both sides of their mouth.

The problem with singing the praises of the safety of the abortion pill regimen and downplaying the possibility and safety of APR is that evidence suggests the abortion pill process is not as safe as abortion advocates make it out to be, and a significant portion of women who start the process would like to reverse.

Tweet This: The problem w/singing the praises of the abortion pill's safety is that evidence suggests it's not as safe as they make it out to be

A UK study found that overall, 10% of women 9-10 weeks along who started the process and then had a continuing pregnancy opted to continue their pregnancy.

And while Creinin and other authors like to say, “the best estimate is that fewer than 0.005% of patients who use mifepristone choose to continue their pregnancies,” I have pointed out how that number is nowhere near reality and is based on woefully inadequate information.

Recently, a report by Dr. Kathi Aultman investigating over 3,000 AE reports to the FDA over the time period of 2000-2019 further highlights the abortion pill process has marked dangers for women and that a significant portion of women who had ongoing pregnancies decided to continue their pregnancies. Unfortunately, since 2016 the reporting requirements have been greatly restricted while regulations on provision of the drug have been relieved.

The report highlights women have suffered infection (502), retained products of conception (977), hemorrhage or excessive bleeding (1639), and have required surgical treatment (2243) and blood transfusions (481). Infection was the leading cause of mortality and retained products of conception was the leading cause of morbidity.

They also discovered that 75 women were reported to have ectopic pregnancies, including 26 which ruptured and one woman who died as a result.

Clearly, nothing was done for these women before being given the pills to check the placement of the embryo or fetus (such as an ultrasound), which placed their life in danger.

Two findings were of special note in the AE reports.

First, of all the AEs reported for hemorrhage, a larger percent was associated with the use of both mifepristone and misoprostol (51.4%) compared to mifepristone alone (22.4%)! This goes against the pro-choice people narrative that not completing the abortion pill process is more dangerous than completing it.

Secondly, there were 452 women who were reported to have ongoing pregnancies, and 102 of those women (22.6%) chose to continue their pregnancy!

That's a remarkably high rate of women who were evidently so ambivalent about their abortions that when the baby survived the first attempt, the women changed their minds. This underscores the need informed consent prior to an abortion and APR.

If giving women the truth makes some of them change their mind or makes an ambivalent or undecided woman not get an abortion — good! Women deserve to make choices based on full disclosure of relevant information, and pro-choice people should support a woman making an informed decision about her pregnancy, even if that means she decides against abortion after initially thinking she might want one. We should normalize changing your mind based on new and factual information.

The authors readily admit the limits of the report they published, highlighting the deficiency in reporting AEs to the FDA as well as the general lack of follow-up with women from the abortion provider. They cannot and do not claim that the population of women they looked at is generally representative of the total population of women who get a chemical abortion.

For now, we know we can at least say that the numbers from this report greatly underestimate the actual numbers of women who experienced adverse events, especially after 2016. The report also exposes the need for better reporting requirements, better informed consent prior to the abortion, and the need for an ultrasound to determine if the pregnancy is ectopic.