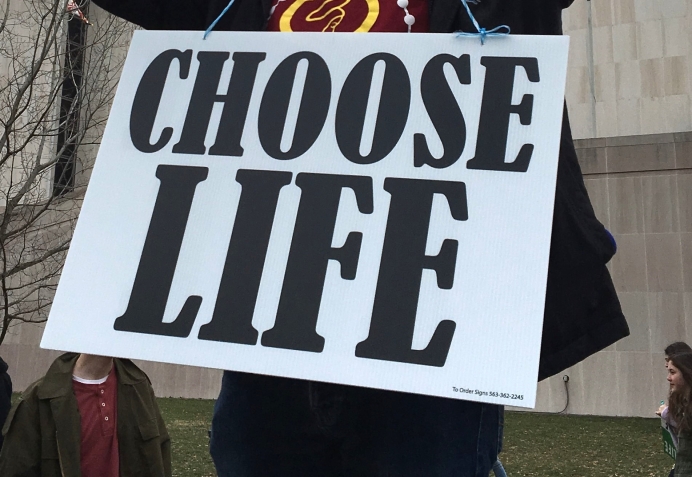 The U.S. Supreme Court has overturned the landmark 1973 Roe v. Wade ruling legalizing abortion in the U.S., ending 50 years of abortion on demand.

In a decision released Friday, the hotly anticipated Dobbs v. Jackson ruling overturned the subsequent 1992 Planned Parenthood v. Casey decision as well. Abortion in the U.S. will now be regulated by the states.

“The Constitution does not confer a right to abortion,” the Dobbs ruling states. “Roe and Casey are overruled; and the authority to regulate abortion is returned to the people and their elected representatives.”

Tweet This: “The Constitution does not confer a right to abortion”

The news was an answered prayer and cause for hope and joy for the pregnancy help movement.

“Today we got the big news, and it was everything that we had hoped for, at least in this round,” said Jor-El Godsey, president of Heartbeat International. “We’re grateful that the Supreme Court saw what was true, that there really was no foundation for Roe to begin with and they have finally after 50 years they’ve managed to correct that.”

Tweet This: Abortion extremists who deny that each of us was alive and human before we were born are practically talking to themselves.

It is estimated that more than 63 million unborn lives have been lost to abortion in the U.S. since the Roe ruling created a right to abortion based upon the right to privacy, considered one of the decision's numerous flaws.

Heartbeat International had filed an amicus brief in the case, arguing that women are strong, capable, and do not need abortion to participate in society. Heartbeat argues as well that Roe and Casey should be overturned because the prevalence of pregnancy help organizations in the U.S. makes the legal precedent of those cases moot.

Roe was wrong the day it was decided

“Roe was wrong the day it was decided,” Danielle White said. “Yet for decades, the Supreme Court has clung to the outdated notion that women need abortion in order to participate equally in the life of the nation. How utterly untrue!”

“With the Supreme Court out of the way, states can now be much more creative in exploring how best to support and empower women as they choose life and pursue their dreams,” White said. “Pregnancy help has stood beside women, walked with them, and journeyed with them through an unexpected pregnancy, so that no woman ever feels so alone or so helpless that she thinks that abortion is her only option.”

The Dobbs decision is 79 pages in length and authored by Justice Samuel Alito. A draft of the majority opinion also authored by Alito had been leaked May 2, leading to weeks of pro-abortion violence, threats and vandalism directed toward pregnancy help organizations, churches, and other pro-life organizations while the final decision was awaited.

The vote from the Court on the Dobbs decision was 6-3. The decision to overturn Roe was actually 5-4, as Chief Justice John Roberts concurred only on the question in Jackson, not overturning Roe.

The justices who were part of the majority opinion have had protesters outside their homes since the Dobbs document leak, a violation of 18 US Code Section 1507, and been the object of threats, with a man arrested outside Kavanaugh’s in a thwarted attempt to assassinate the justice.

Heartbeat conducted an informal survey of pregnancy help centers in mid-June and found that more than more than 1 in 6 organizations in over 20 states reported an increase in incidents targeting their organizations since the leak. The incidents ranged from fake online reviews to vandalism, including destruction of property.

Heartbeat has remained in continual contact with centers, affiliated and not, offering prayer and support. Heartbeat has also offered resources on the case and for navigating the threats and unrest.

The abortion extremist groups behind the threats and destruction vowed more trouble once the Dobbs ruling was released.

A direct challenge to Roe - from a woman

The Dobbs case concerned the Mississippi Gestational Age Act, which passed in 2018 and prohibits abortion after 15 weeks with some exceptions. The case hinged on the constitutionality of limits on abortion before viability.

Mississippi Attorney General Lynn Fitch appealed the case to the Supreme Court after an abortion facility challenged the law and prevailed in court.

The Supreme Court heard the oral argument for Dobbs in December.

On Friday Fitch said the Dobbs decision marked “a new era in American history” and was a “great day for the American people.”

“Roe v. Wade is now behind us,” Fitch said in a statement, “consigned to the list of infamous cases that collapsed under the weight of their errors. This decision is a victory not only for women and children, but for the Court itself.”

The work of pregnancy help does not end here

Heartbeat International has maintained all along that the Dobbs decision would not change the need to serve women facing unplanned pregnancy, and that the work of pregnancy help has always been about those women and their families.

Not only does the work of pregnancy help not cease with the end of Roe and Casey, the pregnancy help community remains resolved in providing that assistance and support to women in need.

“The need is not going to go away, women will still need help, and the pregnancy help movement will continue to pick up the phone and answer the cries for help,” said Cindi Boston-Bilotta, Heartbeat International’s vice president of Mission Advancement.

“We’re with the women"

Betty McDowell, Heartbeat’s vice president of Ministry Services said as well that the Dobbs ruling does not really change the work of pregnancy help.

This thought was echoed by Andrea Trudden, Heartbeat International vice president of Communications and Marketing.

“Our work is not over,” Trudden said. “In fact, in many ways it is just beginning. Women still need compassionate care and support, and we continue to be here to offer practical resources and life-affirming options throughout our network of pregnancy help, as we have been doing for more than 50 years.”

Tweet This: Our work is not over. In many ways it is just beginning. Women still need compassionate care and support.

Godsey expressed gratitude for the Dobbs ruling, along with hope for the future.

“Finally, the Supreme Court has admitted their grave error and overturned Roe, but we must never forget these fifty years,” he said. “I thank God that 50 years of injustice for the unborn and 50 years of the craven politicization of women’s health by Big Abortion activists is over. Today is not just a historic day—it is a new day.”

Tweet This: Thank God that 50 years of injustice for the unborn and craven politicization of women’s health by Big Abortion activists is over

Editor's note: Heartbeat International manages Pregnancy Help News. This article has been updated to clarify the count of the Court's vote.