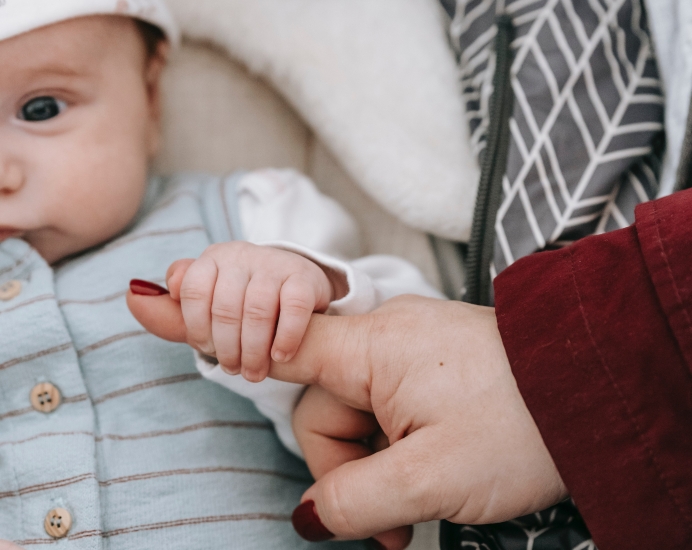 The abortion industry formerly claimed its mission was to keep abortion “safe, legal and rare.”

A recent instructive example of how the abortion lobby has dispensed with ‘safe, legal and rare’ is the case of Dr. Leana Wen.

The former Planned Parenthood president was pushed out of the organization in 2019 less than a year into her tenure because she wasn’t invested enough in Planned Parenthood’s mission of “abortion care.” It’s also since come to light that Planned Parenthood sought to exploit Wen’s devastation over having miscarried a child in its ouster of her.

But the practices and even publicly published policies of today’s abortionists, particularly concerning chemical abortion, have thrown off the safe, legal, and rare falsehood, as they blatantly disregard safety and legal parameters in place to protect women while they push abortion.

With the increased use of telemed abortion and online peddling of risky chemical abortions, legally and not, it’s clear abortion apologists are working to make abortion common practice. Coupling this with the industry’s often abysmal safety record, dubious reporting and staunch opposition to regulation, the more accurate abortion mantra would be dangerous, illegal, and rampant.

Chemical abortion is now the front line, a line the abortion lobby has continually pushed.

The U.S. Food and Drug Administration (FDA) is clear about its 10-week guideline for administering chemical abortion, yet it's now not unheard of for U.S. abortion providers to advertise chemical abortion through 11 weeks, and some are even offering it much later than that.

“Abortions being performed from 22 weeks or further should assure fetal demise prior to beginning the abortion procedure whether the surgical or a medical abortion pill procedure.”

The Orlando abortion facility openly touting using the abortion pill in connection with a 22-week fetus signals the end of ‘legal’ pretense. And the across the board push for more chemical abortion – an often risky procedure typically administered at home with minimal to no medical oversight –quashes the fallacies of safe and rare.

Abortion providers are increasing the usage of chemical abortions, with the abortion pill currently accounting for over 40% of all abortions in the U.S., and the stark reality is, that number is rising. That doesn’t equate to rare.

While the FDA has approved the use of chemical abortion up to 10 weeks into pregnancy in the U.S., that’s clearly being ignored, and tragically the FDA itself recently abandoned enforcement of its own Risk Evaluation Management Strategy (REMS), which requires a certified abortionist administer the abortion pill in person in a medical facility.

Estimates on the number of websites, some pharmacy, and some abortion, that offer chemical abortion - with few questions and no guarantee of who they are selling to – are as high as 72. In this scenario chemical abortion can easily be purchased by human traffickers, pimps, friends, relatives, anyone with a credit card, with no guarantee of it not being imposed upon the pregnant woman. This hardly sounds safe, nor should it be legal.

Meanwhile in and outside the U.S. purportedly health-centered organizations are pushing chemical abortion at later stages, with the World Health Organization (WHO), the UK's Royal College of Obstetricians and Gynecologists (RCOG) and the American College of Obstetricians and Gynecologists (ACOG), all encouraging chemical abortion beyond 10 weeks.

The report continued, “Mifepristone followed in 24-48 hours by misoprostol is the most effective regimen for second-trimester medical abortion.”

This is already common practice in the UK, as the process for a second trimester chemical abortion is offered by the British Pregnancy Advisory Service (BPAS), the “leading provider of abortion services in the UK.”

Earlier this year abortion advocates held a discussion with a committee of the United Nations, a known proponent of abortion access, the discussion titled, ‘Access to medical abortion and self –managed abortion. Key insights from health workers and human rights advocates: on guaranteeing human rights.’

And unbelievably, the WHO is also pushing to de-medicalize abortion pill use.

This all flies in the face of safe and rare, while in some cases making a mockery of legal.

The APRN hears from women in later chemical abortions

The pro-abortion push for more and later-term chemical abortion is making headway, and this has been witnessed by the providers at the Abortion Pill Rescue® Network (APRN).

In stark, life-affirming contrast to the abortion industry, the APRN offers women who regret having started the chemical abortion process the chance to save the life of their child through the Abortion Pill Reversal (APR) protocol.

The APRN, managed by Heartbeat International, is made up of approximately 1,000 medical providers and pregnancy help centers who administer APR. The Network answers more than 150 mission-critical calls a month from women who regret their abortion decision. Statistics show that more than 2,500 lives have been saved (and counting) through the Abortion Pill Reversal protocol.

Women who have taken the first abortion pill (mifespristone), experience regret and wish to try and save their unborn child can find assistance through the APRN via its 24/7 hotline.

There has been an increase in the last few years in the number of women contacting the APRN hotline who have begun a chemical abortion after 10 weeks into their pregnancy.

“Until recently, women calling the APR Hotline were nearly always under 10 weeks pregnant because in most countries it was not being used beyond that point in pregnancy,” said Christa Brown, director of Medical Impact at Heartbeat International.

The abortion industry is playing fast and loose with women's safety

“As the COVID pandemic took hold of our world and the lockdowns began, we began to see that vary considerably,” Brown explained. “Early in the pandemic, 11-week chemical abortion suddenly became common despite no changes to the FDA approval of mifepristone.”

“We saw that many abortion facilities openly advertised chemical abortion to 11 weeks,” she said.

As the pandemic continued the APR hotline not only heard from women in the UK, but women in the U.S. and other places were having chemical abortions well into their second trimester (even to 24 weeks or more).

In these later chemical abortions, the abortionist uses laminaria and mifepristone to begin the abortion process, Brown explained, to prepare the cervix and start to separate the placenta. If the woman is more than 22 weeks pregnant, on day two digoxin is often injected into the baby’s heart to cause fetal demise.

Sometimes a chemical abortion fails in ending the unborn child’s life, and then a subsequent surgical abortion intervention is needed to complete the abortion process. One can imagine the extra stress that results for the woman, whether or not the process is safe, legal, or rare.

“Just as with earlier chemical abortions, many women experience regret after beginning the process and call the APR Hotline,” noted Brown. “We have been able to help these women even after taking mifepristone and the use of cervical dilators, save the lives of their children.”

Because the abortion industry is playing fast and loose with women's safety and disregarding the FDA's safety guidelines, the APRN has adjusted its APR protocol to try to help the women victimized by their carelessness.

“The abortion industry is dangerously pushing the use of chemical abortions at ever increasing gestational ages without FDA approval,” AAPLOG CEO Dr. Donna Harrison told Pregnancy Help News. “Using natural progesterone to block the effects of Mifeprex (mifepristone) poisoning is the most logical and compassionate application of medical science, as progesterone has been proven safe in 50 years of use in pregnancy.”

Dr. Brent Boles, APRN provider and medical director for the APRN, shares AAPLOG’s deep concern regarding the trends related to safety in the use of chemical abortion.

“The push by the abortion industry to essentially remove all regulation pertaining to the use of mifepristone in abortion is quite possibly one of the most dangerous things to happen in American medicine within my memory,” he stated.

Boles notes a study released in January, 2021, where thousands of reports of adverse events associated with the use of mifepristone which had been filed with the FDA were analyzed.

“The pattern was clear,” he said. “Adverse events, some of which are life-threatening and even fatal, are known to be associated with the use of mifepristone. The three adverse outcomes most often found to be serious, life-threatening, or fatal were hemorrhage and infection and undiagnosed ectopic pregnancy.”

Boles concluded that, “It is indisputable that the use of mifepristone at later points in a pregnancy will result in more women who have complications from hemorrhage and infection.”

Given the push for chemical abortion access absent proper oversight or regulation, Boles said, “Undoubtedly, women will be harmed by this callous and careless attitude toward the safety of women who choose abortion.”

In view of the overall pro-abortion campaign to expand chemical abortion beyond established safety guidelines, the rampant marketing of the abortion pill despite risks, international health and government bodies advocating more abortion access, and the U.S. government doing big abortion’s bidding by abandoning enforcement of its own safety protocols, the ‘safe, legal and rare’ tagline is not only a joke, it’s a twisted fallacy that puts the lives and health of women at risk.

Tweet This: The ‘safe, legal and rare’ abortion tagline is not only a joke, it’s a twisted fallacy that puts the lives and health of women at risk.