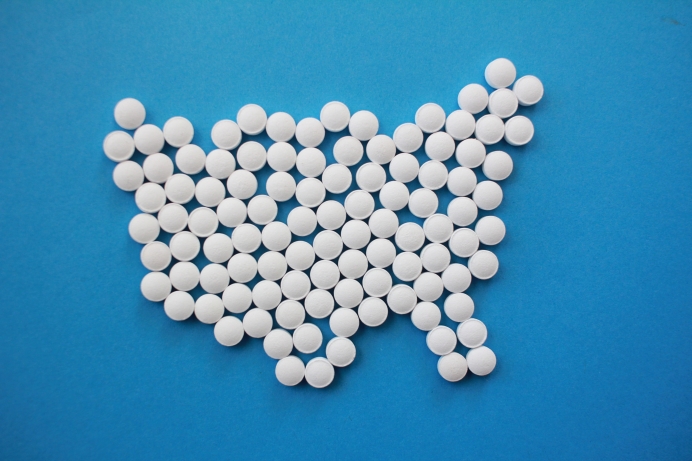 (CNA) The numbers of women seeking at-home medication abortions through an experimental U.S. telemedicine provider has reportedly doubled under the coronavirus epidemic, though pro-life advocates said there are good reasons for restrictions on the practice.

“Unfortunately women are being influenced by fear right now, and this is being perpetuated by the abortion industry,” Dr. Christina Francis, an Indiana-based OB/GYN and chairman of the board of the American Association of Pro-Life OBGYNs, told EWTN Pro-Life Weekly April 23.

Tweet This: “Unfortunately women are being influenced by fear right now, and this is being perpetuated by the abortion industry”

“Certainly all of us are facing uncertain circumstances,” Francis said. “There are a lot of women out there who find themselves pregnant and are not sure what they are going to do. Maybe they are facing the fact that they don’t have a job or they are struggling to put food on the table. But this is not a reason why we should push women into abortions.”

The New York-based Gynuity Health Products is the sponsor of the TelAbortion telemedicine-style abortion project now active in 13 states.

“The ability to get abortion medications from a health care provider by mail is particularly crucial in the COVID-19 crisis,” Gynuity said on Twitter April 29. The organization’s website describes its mission as a development and advocacy group in reproductive and maternal health.

Gynuity’s TelAbortion project reports that, excluding Illinois and Maryland, which are new to the program, the numbers of women seeking abortions through TelAbortion doubled in March and April compared to January and February, the New York Times reported in its April 28 profile of the project and of several women who used it.

There are very strict regulations around chemical abortion for a reason

The coronavirus epidemic has meant strict stay-at-home orders in many states. Fearing a shortage of medical resources, authorities barred elective surgeries, and some states include elective abortions in the ban.

“There are very strict regulations around how this is used for a reason,” Francis told EWTN Pro-Life Weekly. “We know that the later on in pregnancy this is used, the higher the risks, specifically the risk of hemorrhage, and what we would call an incomplete abortion, where a woman doesn’t pass all of the pregnancy from a result of the drug.”

“Also these women need to be screened to be sure they actually have a pregnancy inside of the uterus, as opposed to an ectopic pregnancy. If that goes undiagnosed, that could be lethal for her.”

A medical abortion, sometimes called a chemical abortion, is a two-step process that involves the ingestion of two drugs: mifepristone and misoprostol. Mifepristone effectively starves the unborn baby by blocking the effects of progesterone. The second drug, misoprostol, is taken up to two days later and induces labor.

While U.S. Food and Drug Administration rules require the first drug to be dispensed in clinics or hospitals by doctors or other medical providers who are specially certified, they do not require that providers see patients in person. Some clinics allow women to consult via video.

Medication abortion was first approved by the FDA in 2000 for women 10 weeks into pregnancy or earlier. About 60% of women who choose abortion in this time frame now choose medication over surgery.

The FDA allows the TelAbortion program by special arrangement, as part of a research study. After women consult with the program’s personnel, they are mailed pills and undergo follow-up appointments.

The program has expanded from five states to 13 in the last year, the New York Times reports. Besides Illinois and Maryland, the project is active in Colorado, Georgia, Hawaii, Illinois, Iowa, Maine, Maryland, Minnesota, Montana, New Mexico, New York, Oregon and Washington.

TelAbortion is now “working to expand to as many states as possible,” Dr. Elizabeth Raymond, senior associate at Gynuity Health Products, told the New York Times.

Tweet This: TelAbortion is now “working to expand to as many states as possible” - sr. associate, Gynuity Health Products, TelAbortion project sponsor

Raymond said that TelAbortion had mailed 841 packages containing abortion pills and confirmed that, as of April 22, 611 abortions had been completed. Another 216 women were either following up or have not contacted TelAbortion about the outcome.

Of the completed abortions, TelAbortion said aspiration was performed to finish the abortion in 26 cases.

Of the women who completed abortions, 46 went to emergency rooms or urgent care centers. Three were hospitalized and successfully treated: two for excessive bleeding and another for a seizure after an aspiration, Raymond said. Fifteen of these women did not need medical treatment. Raymond told the New York Times the issues were just as likely to arise had the women been required to have an in-person consultation.

Mallory Quigley, vice president of communications at the pro-life Susan B. Anthony List, emphasized a concern for safety.

“Despite guidelines put forth by the FDA to regulate the sale and use of abortion pills, groups like TelAbortion continue to prey on girls as young as 10 years old with complete disregard for their safety,” Quigley told CNA April 29.

Gynuity, the sponsor of the TelAbortion project, has strong links to the abortion industry and influential global NGOs. Its co-founder and president, Beverly Winikoff, is a former assistant director for health services at the Rockefeller Foundation, a major backer of legal abortion. For 25 years, she was director for reproductive health and a senior medical associate at the Population Council.

Under President Donald Trump, the FDA has still allowed TelAbortion to operate. Some lawmakers have sought to change this.

The proposed Teleabortion Prevention Act would make it a federal offense for healthcare providers to perform a chemical abortion without performing a physical examination first. They would have to be present during the procedure and schedule a follow-up visit.

The legislation is sponsored by U.S. Sen. Bill Cassidy, R-La., who is a medical doctor. It has 10 co-sponsors, all Republicans.

“Performing an abortion without the presence of a health care provider puts the lives of both the mother and unborn child in serious danger. Chemical abortions present serious risks, and health care providers need to be responsible stewards of that knowledge,” bill co-sponsor U.S. Sen. Marsha Blackburn, R-Tenn., said in a February announcement.

“I firmly believe that advances in medicine should be used to save lives, not take them away,” he said.

Editor's note: This report was published by Catholic News Agency and is reprinted with permission