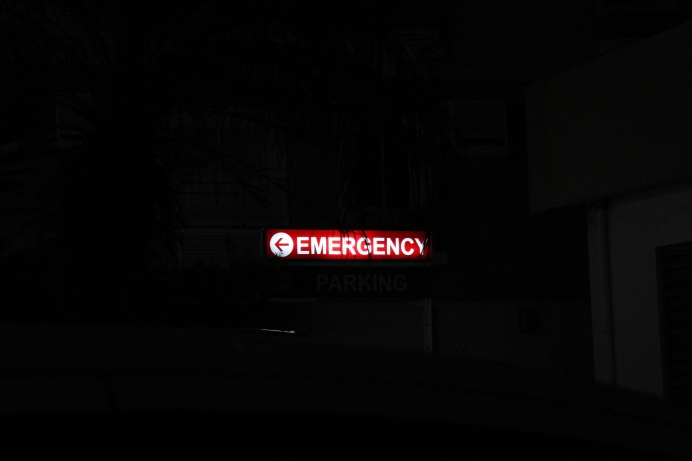 Study suggests abortion pill complications are underreported, and ERs are managing the majority

(Live Action) Abortion pill clients experiencing a complication are more likely to receive care from an emergency center than the abortion facility where they obtained the pills, according to an analysis of adverse events reports (AERs) submitted to the Food and Drug Administration (FDA) by abortion pill manufacturer Danco.

Published by Issues in Law & Medicine, “Deaths and Severe Adverse Events after the use of Mifepristone as an Abortifacient from September 2000 to February 2019,” sheds doubt on whether deaths and adverse events are being properly tracked. The authors of the study included researchers from the American Association of Pro-Life Obstetricians and Gynecologists (AAPLOG). “[T]he analysis of the AERs revealed glaring deficiencies… Throughout the reports, there was also a lack of detail and many patients who were simply ‘lost to follow-up,’” the authors wrote.

Equally as troubling is that there is no federal mandate to report abortion-related complications across all 50 states.

AAPLOG’s executive director Dr. Donna Harrison and her team found that less than half of the women who experienced a complication received follow-up care from their abortion providers. Dr. Harrison said the AER reports indicated that “[m]ost of the time the women had to resort to the ER to get their care. And often it was after multiple visits to the abortion clinic.”

Reports suggested abortionists were often unaware of complications unless women returned to the abortion facility. As such, they would be unlikely to file reports in those instances.

“The information in the AERs is almost exclusively obtained from abortion providers, rather than the physician treating the complication, yet in this analysis, abortion providers managed only 39.75% of surgical complications (a number which is likely much lower since these are only the cases which are known to the abortion provider). Throughout the reports, there was also a lack of detail and many patients who were simply ‘lost to follow-up,” the authors wrote.

According to Dr. Harrison, “surgical complications” included a failed abortion requiring a complete D&C, an incomplete abortion (tissue left inside), a missed ectopic pregnancy and in a small number of cases, overwhelming infection leading to hysterectomies.

“Many of the AEs [adverse events] experienced by women were unknown to the abortion provider until the follow-up examination, which is troubling considering the poor follow-up rate and elimination of the requirement for an in-office follow up visit. Some of the patient deaths were not known to the abortion provider until they saw the death in an obituary or were contacted by an outside source,” the authors stated (emphasis added).

“Because of this, in addition to abortion providers, hospitals, emergency departments, and private practitioners should be required to report AEs,” the authors suggested.

How many women present to ERs for abortion complications?

“We know from other studies that about five percent of women end up in the emergency room,” Dr. Harrison stated.

Pro-abortion ER doctor Dara Kass confirmed this fact when she stated that eight percent of abortion pill patients end up in the ER. In 2019, Kass told Vice News, “[…] when patients are scared, or have pain or bleeding, they come to me.” She then pointed out, “Recently published results of the Gynuity pilot project showed that 8 percent of their patients who received abortion medication sought follow-up care at a local urgent care clinic or emergency department.”

Five to eight percent is no small number and may represent anywhere from 17,000 to 27,000 possible emergency or urgent care visits in one year, based off the most recent data (2017) showing 339,640 medication abortions were committed nationally out of 862,320 total abortions reported.

The question is, where are all those complication reports? Women are being misled. It is not as safe as the abortion industry claims.

Dr. Harrison said her team of researchers found the information they reviewed to have scant details, and she described many of the AER reports as “uncodable.” Some indicated emergencies that did not specify whether the woman lived or died.

“No tests, no examination, no vital signs, no follow-up,” she described them. “Most of these reports we called ‘uncodable,’ and they were likely life threatening. We called these uncodable because there was no way to find out how sick she was or how much she hemorrhaged or how much blood was needed to save her life,” Harrison added. “And there’s no way that the FDA could tell that, either.”

Live Action News has previously documented that, as of December 31, 2018, there were 24 women reported to have died from the abortion pill since its approval in 2000, “including two cases of ectopic pregnancy resulting in death; and several cases of severe systemic infection (also called sepsis), including some that were fatal,” the FDA’s website states.

The FDA also found nearly 4,200 adverse events including 1,042 hospitalizations and nearly 600 serious cases of blood loss along with over 400 cases of infection.

Despite thousands of adverse events and deaths, changes made by the FDA in 2016 no longer required Danco to report non-fatal adverse effects, so the true complication numbers are not known. In addition, despite numerous requests to the FDA and a requirement that Danco and GenBioPro report all known deaths, Live Action News has been unable to obtain more recent data.

The most important findings the researchers discovered, according to Dr. Harrison, was that the current FDA system to determine the safety of drugs like the abortion pill is inadequate.

The information given to the FDA was “compromised” and significantly underestimated the adverse events from mifepristone, Dr. Harrison said. In many cases, the researchers who reviewed reports found there was minimal to nonexistent clinical information for which to judge the severity of the events. Dr. Harrison suggested the reports may be filtered by the abortion pill manufacturer from an industry which has no motivation for accuracy.

“We found that almost one of six of the… reports didn’t even have enough information to tell the FDA or anyone else what actually happened to the woman. The FDA could not have used these reports to reassure anyone that Mifeprex is safe,” Dr. Harrison emphasized. “We are left with the sobering conclusion that the FDA now has no real-world idea of the number of women who are dead or injured from Mifeprex abortions.”

Dr. Harrison predicted the push to demedicalize abortion and lift REMS so women can obtain the abortion pill online, at a pharmacy, or over the counter would only serve to worsen the problem of faulty reporting. “More women will suffer complications invisible to oversight,” she said.

As such, AAPLOG is calling for the FDA to strengthen not weaken or eliminate the REMS on the abortion pill. In addition, they are also calling for mandatory abortion complication reporting to be implemented at the federal level for the safety of women.

Tweet This: AAPLOG is calling for the FDA to strengthen the REMS on the abortion pill, and for mandatory abortion complication reporting.