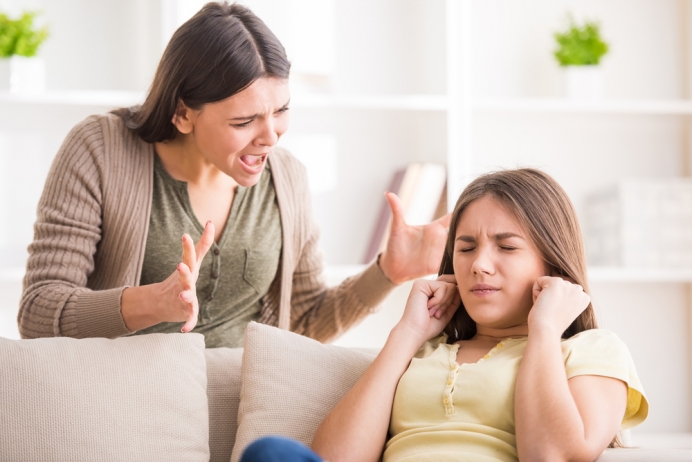 These 4 States are Trying to Strip Pro-Lifers of Free Speech. Here’s the Latest.

Does the state have the proper authority to force a doctor, organization, church or individual citizen to promote, refer for espouse the so-called “benefits” of murder?

What if not everybody agrees that the taking of a preborn human life is murder? Should that lack of consensus open the door for the state to force its own citizens to speak a message in direct opposition to their own deeply held convictions?

That’s the essential question in four states, where the abortion industry has gone after pro-life pregnancy help organizations with legislation that would force those organizations—or, in two states, all pro-life medical professionals—to promote, refer or declare the “benefits” of abortion.

Stretching from Connecticut to Hawaii, the abortion lobby’s legislative assault on life-affirming alternatives isn’t going unchecked by pro-life advocates, who look in position to score major long-term victories with the confirmation hearing of Judge Neil Gorsuch and a GOP house budget plan that redirects Planned Parenthood funding to Federally Qualified Health Centers that do not perform or refer for abortions.

Not one pregnancy help center in Connecticut, Illinois, Hawaii or California receives a dime in state or federal funding, existing entirely as community-funded nonprofits.

Here’s the latest in the battle for pro-life individuals, medical professionals, churches and pregnancy centers to uphold their First Amendment rights of free speech and free religious exercise.

Connecticut: The Land of Religious Atheists

While that bill hasn’t progressed, another, the state’s Public Health Committee heard a bill that includes a more wide-sweeping attack on life-affirming free speech Monday, March 20.

Defining any potential hesitation by a medical provider to abort an unborn child as “religious beliefs,” the bill—“An Act Concerning a Patient’s Right to Know”—would force a pro-life medical professional, medical practice or any of the state’s 19 pregnancy help centers to refer their patients for abortion businesses upon request of the patient.

Along with posting signage to the entrance of their pregnancy center and their websites drawing a line between “generally accepted medical standards”—which itself is not specified—and their own “religious” concerns, the legislation would also force the providers to list the specific “services” they do not provide.

Testifying in opposition to the bill, Secular Pro-Life founder and president Kelsey Hazzard—an attorney and self-described atheist—wrote that the law’s definition of “religious beliefs” was, “wildly overbroad.”

While the state-level attack in Connecticut is still in its infancy, its structure bears a striking similarity to 2016 legislation adopted in Illinois, and signed into law by Republican Gov. Bruce Rauner last summer.

Applying broadly to all medical professionals as well as pregnancy centers and individual citizens, the law—which effectively gutted the state’s Healthcare Right of Conscience Act—forces all pro-life advocates to refer their patients to the nearest abortion provider, and to keep a current list of local abortion businesses on file to hand to any patient who requests it.

Additionally, the law requires that pro-life medical providers and non-profit pregnancy centers counsel their patients as to the so-called “benefits” of abortion, which the law fails to define.

Late last week, the Thomas More Society filed a lawsuit in federal court on behalf of two of the state’s pregnancy centers. The lawsuit is one of three ongoing challenges to the law, which has been partially halted by a temporary injunction in the case of three plaintiffs back in December of 2016.

“Our clients have spent decades helping women choose life for their unborn babies,” Thomas More Society attorney Thomas Olp said. “This law targets pro-life physicians and pregnancy centers, which do not refer for abortion, and whose pro-life mission is to advise clients of abortion alternatives such as parenting and adoption.

“Our clients view this as a nefarious attempt by the abortion industry to protect its abortion business by silencing pro-life physicians and pregnancy resource centers, that, without a profit motive, try to convince pregnant women to choose life for their unborn child, not abortion.”

Though not as wide-sweeping as the legislation in Connecticut and the law in Illinois, Hawaiian lawmakers are currently pushing through a bill, SB 501, that would force the five pro-life centers on the islands to post signage promoting state-funded abortions on their websites and in their waiting rooms.

Built on the blueprint of a 2015 California law—more about that below—Hawaii’s law threatens the centers (one of which is run directly by a church) with $500 for a first “offense” and $1,000 thereafter if they refuse to comply with the law.

At a hearing before the state’s House Committee on Health last Thursday, one supporter of the bill, Michael Golojuch, Jr., chair of the state’s LGBT Caucus, testified that pregnancy centers are dangerous for women based on his own third-hand account of the sister of one of his friends.

“This sort of testimony is thrown together to push a political agenda,” Stacey Jimenez, director of operations for A Place for Women in Waipio—which is a ministry of Calvary Chapel Pearl Harbor—said. “There is so much about this process that has just been baffling.”

The House Committee on Health is scheduled to decide Tuesday, March 21, along with the Committee on the Judiciary, to move the bill to the House floor for a vote.

California: Where the Bully Started

The place where all the trouble started—on a state-level, at least—California passed what its Democratic majority dubbed the “Reproductive FACT Act” in 2015, becoming the first state in the Union to try and force pro-life pregnancy centers to bend the knee to the abortion industry.

While the law has had little effect since Gov. Jerry “Moonbeam” Brown officially put it on the books, Los Angeles’ zealous city attorney Mike Feuer did find a way to enforce it on three pregnancy help medical clinics in 2016.

The bill—which pro-lifers in the state have called the “Bully Bill” since its inception—has since been upheld by the 9th Circuit Court of Appeals, but it could soon be on its way to the U.S. Supreme Court, after pro-life groups Alliance Defending Freedom (ADF) and National Institute for Family and Life Advocates (NIFLA) officially filed a petition with the court Monday, March 20.

With the 9th Circuit’s reputation as the most overturned appeals court in the nation, and previous free speech victories for pregnancy centers in the City of Baltimore, Montgomery County (Md.), Austin (Texas) and New York City setting a firm precedent, the fate of California’s law at the Supreme Court level should set the tone for the rest of the state-level battles for free speech.

“Pregnant women need a place where they can find help and hope—for themselves and for their babies,” ADF senior counsel Kevin Theriot said. “Pregnancy care centers accomplish that by offering compassionate care to women who feel helpless and alone.

“So why is the government doing the abortion industry’s dirty work instead of protecting freedom for pregnancy care centers, which offer real choices to women faced with life-and-death decisions? The Supreme Court now has the opportunity to invalidate these unconstitutional laws once and for all.”