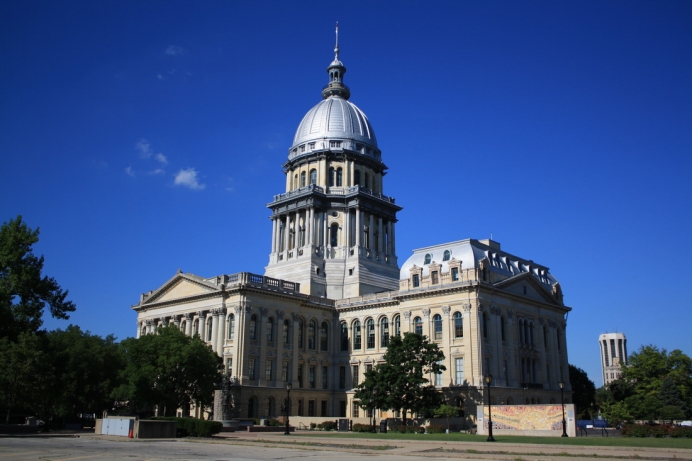 Editor's Note: A state circuit judge placed a preliminary injunction against the following Illinois law Dec. 21, 2016, which applied only to the centers directly named in the case. To read more about that case, click here.

The Thomas More Society filed for injunctive relief this week on behalf of 18 of the centers, citing violations of multiple rights under the Constitution of the State of Illinois. It filed an action on behalf of two others late last week, The Women’s Centers of Greater Chicagoland and Hope Life Center in Sterling, Illinois. Some of the centers have been forced to stop medical services, which include pregnancy tests, sonograms, and STD testing, until the legal issues are resolved.

Thomas Olp, Attorney for the Thomas More Society, observed, “This law targets pro-life pregnancy centers, which do not refer for abortion, and whose pro-life mission is to advise clients of alternatives to abortion. The new law requires these pro-life centers, and only them, to discuss ‘benefits’ of abortion with their clients and to name abortion providers upon request. This is the essence of forced government speech prohibited by the free speech provisions of our federal and state constitutions. The First Amendment equally protects the right to speak and not to speak. The government cannot show a compelling reason for this requirement since information about abortion is readily available from all sorts of public and private sources.

"It is as easy to find the location of an abortion clinic as to find our clients’ pregnancy resource centers. Moreover, the law is content-based and viewpoint-discriminatory, meaning it applies to a certain type of speech, and targets only conscience-based objectors, but leaves all others free from regulation. Its intent really is to directly interfere with pro-life pregnancy centers that have aided many thousands of pregnant women over the years learn that abortion is not the only choice in a problem pregnancy, and that adoption and parenting are not only healthier choices for the mother but avoid the tragedy of abortion, which kills an unborn child. In my view, the law is nefarious and pernicious in its targeting of pro-life physicians and pregnancy resource centers.”

The lawsuit, filed in the Circuit Court of the Seventh Judicial Circuit, Sangamon County, Illinois - Chancery Division, charges Governor Rauner and his Secretary of the Illinois Department of Financial & Professional Regulation, Bryan Schneider, with several constitutional violations resulting from enacting SB 1564. The Plaintiffs advance claims under the free speech, religious liberty, due process, and equal protection clauses of the state constitution.

Those abuses include infringement of the following rights:

Mary Strom, Executive Director of The Women’s Centers, which has three sites in the Chicago area, stated that the organization’s success is directly tied to its Catholic identity, even while it serves women of all faiths. “I credit the success we have had in helping women to the power of prayer,” she shared. “Everything comes from that.”

Hope Life Center in Sterling, Illinois, was founded by Laura Petigoue and her husband, Mark. “It was after I learned about the devastation that abortion brings that we dedicated ourselves to addressing the needs of women experiencing unplanned pregnancies and providing loving, Christ-centered alternatives,” recalled Petigoue, who is greatly saddened by Illinois’ adoption of this law she calls, “monstrously prejudicial.”

Debbie Case, the Executive Director of Hope Life Center, noted, “For over 30 years, Hope Life Center has been the only organization in our community dedicated to providing women with the education and medical services they need to make informed decisions about unwanted pregnancies. Now we have had to suspend all our medical services because this new law mandates us to serve these women in a way that is harmful to them and to their unborn children. We’re seeking relief from this law so we can get back to doing what we do best, taking care of vulnerable women in our community.”

Mr. Olp also observed, “Most of our Plaintiffs have literally spent decades helping women by providing information about alternatives to abortion (parenting and adoption), thereby helping to empower and encourage them to recognize that a choice for life for their unborn child is much preferable to abortion both for them and for their unborn babies. The new law strikes at the Plaintiffs’ faith-based ability to render effective assistance to pregnant women about child bearing and child rearing by requiring them to substitute a secular government-sponsored message totally at odds with their faith position. The government is not permitted constitutionally to do this, in our view.”

The Pregnancy Resource Centers filing suit this week were:

About the Thomas More Society

The Thomas More Society is a national not-for-profit law firm dedicated to restoring respect in law for life, family, and religious liberty. Headquartered in Chicago and Omaha, the Thomas More Society fosters support for these causes by providing high quality pro bono legal services from local trial courts all the way up to the United States Supreme Court. For more information, visit thomasmoresociety.org.