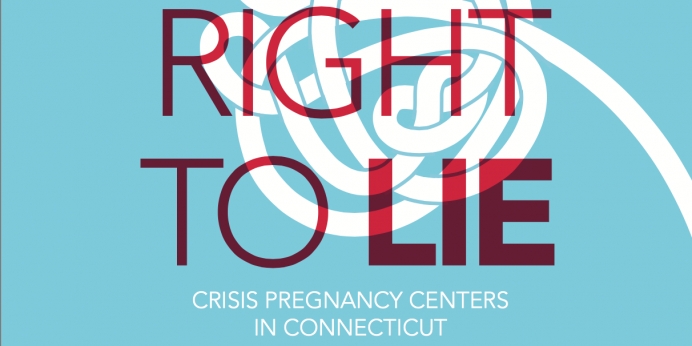 The hit piece, “The Right to Lie: Crisis Pregnancy Centers in Connecticut,” was debuted with a press conference in Hartford, while legislation based on similar attacks is being pushed in both California and Illinois.

Tweet This: "The only thing we stand to gain is life, motherhood, and a renewed community." @HeartbeatIntl

Introduced with the support of U.S. Sen. Richard Blumenthal and state Rep. Matthew Lesser, D-Middletown, the document laments the fact that pregnancy help organizations out-number abortion providers, while accusing the locally funded non-profits of lying to women—the word “deception” was used 21 times in the 30-page document—in order to advance an “ideological” agenda.

“Our ideology is this: Every mother deserves to have all the information, compassion and support she needs to make the healthiest choice for everyone involved in an unexpected pregnancy,” Heartbeat International President Peggy Hartshorn, Ph.D., said.

“The only thing pregnancy help organizations stand to gain is life, motherhood and the positive ripple effect every life brings to a community. Meanwhile, abortion facilities bolster their bottom line by making abortion a woman’s only choice.”

While accusing pregnancy help organizations in the state of “targeting vulnerable women,” especially those in poverty and living on college campuses, the document curiously points to the fact that the same organizations offer material aid as evidence for the allegations.

The report also alleges that pregnancy centers lie to women by suggesting that abortion can increase the risk of breast cancer and can carry with it severe psychological and physical side effects. Repeating the trend set by previous state and national documents produced by NARAL, the report leaves out key research supporting these risks.

Suggesting legislative action—which could be picked up by the Democratic-controlled state legislature as early as this fall—the report concedes that previous attempts to force centers to post government-sponsored messages have been found to be unconstitutional at various jurisdictions in Maryland, New York, Texas.

Although the document claims that more research is needed to determine the level of state funding that goes to pregnancy help organizations, Ellen Cavallo, director of Carolyn’s Place Pregnancy Care Center in Waterbury confirmed that her center—along with all others she is aware of in the state—do not receive any government funding whatsoever.

Tweet This: "If you're not feeling the flak, you're not over the target." #prolife

While Cavallo said NARAL’s report missed the mark in regards to accurately investigating the state’s pregnancy help organizations, the document was telling in another regard.