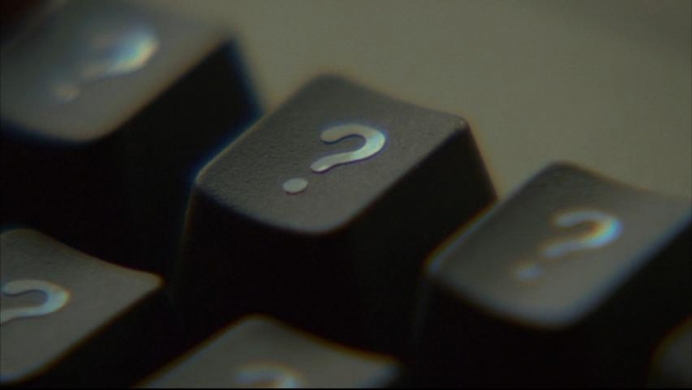 With ongoing legislation aimed at neutralizing life-affirming pregnancy centers marching through the legislative halls of both Illinois and California, abortion enthusiasts are smelling blood in the water.

That much was made clear enough in an article published at the Los Angeles Times online edition Friday, “Going undercover at crisis pregnancy centers,” written by expert abortion apologist and religious conscience rights minimalist Robin Abcarian.

The “report” itself is a laughable display of circuitous citation that—unbelievably enough—has served as the only body of research for the Golden State’s truly repressive Assembly Bill 775, which would force pregnancy centers to essentially advertise and refer for government-funded abortions and contraceptives.

While the clearly biased starting point of the “report,” which contained a grand total of one citation, was correctly identified by California Assemblyman James Gallagher during the Committee on the Judiciary’s hearing early this week, one question still remains unasked.

Tweet This: If pregnancy centers are guilty of misinformation and false advertising, where's the proof?

The real question nobody seems to be asking is this:

“If pregnancy centers truly are handing out wrong information and lying in their advertising, why can’t anyone bust them?"

That’s the real question, isn’t it? Big Abortion’s anti-pregnancy center forces have marshaled their multi-million dollar budgets to fling allegation after allegation, with no sign of stopping.

Yet, nothing seems to stick. (At least not the way we crazy anti-abortionists’ wild-eyed allegations of the risks of abortion seem to.)

Not that the truth has any relevance here, of course. We need not be so naïve. You see, NARAL’s staff members like Assistant Director of California Programs Rebecca Griffin are too busy curating baseless accusations to return a call asking for clarification.

What’s she doing with her time, you ask? Well, she found time to get quoted in the aforementioned LA Times article, organize a comedy show where the stated intent was to generate lies about pregnancy centers, and she was one of 15 brave—yet compensated—souls to make an appearance at the Judiciary Committee hearing in defense of AB 775.

But, for all the hype, internet memes and insinuations, Big Abortion is unable to identify even one case where a pregnancy center is lying or falsely advertising. If it could, rest assured, it would switch from its current line of assault, made up of borderline libelous PR nonsense, to actual litigation.

Remember, there’s federal, state, county, and city laws everywhere in America forbidding false advertising, including in California, which details its false advertising laws in 10 distinct sections (17500-17509), as we have pointed out elsewhere.

Yet, even with 2,500 pregnancy center locations operating in every corner of the country, there’s not a single case of false advertising or medical malpractice to point to as a smoking gun.

Even what NARAL California touts most loudly in its “report”—that center staff mistook an intrauterine device (IUD) for a baby—is proven impossible and untrue by the policies and procedures of the accused clinic, RealOptions Pregnancy Medical Clinics in Mountain View.

Tweet This: RealOptions provides free ultrasound to positive test patients to give the patient full information.

According to RealOptions CEO Valerie Hill, only clients who have already tested positive for pregnancy are offered a free ultrasound at its three Bay Area clinics—each of which are licensed by the California Department of Public Health.

“RealOptions and other pregnancy medical clinics like ours provide free ultrasound to positive pregnancy test patients in order to give the patient full information regarding her pregnancy decision,” Hill said. “Ultrasound is used to determine the viability of the fetus so that the abortion determined patient does not take the RU-486 abortion pills if she is not pregnant.”

Nevertheless, NARAL is continuing its underhanded trend of squandering taxpayer money in the pursuit of falsehood, injustice, and its own self-serving way.

This is a witch hunt, and—like those NARAL has tried and failed previously—it will cost taxpayers in California and Illinois hundreds of thousands of dollars. That’s money that should go to solving actual problems, like California’s extreme water shortage and Illinois’ ongoing economic and demographic crises.

There won’t be any money left in the public coffers to fix these problems, because Big Abortion is busy spending taxpayer funds to make life miserable for locally funded, grassroots efforts that save lives, build families, and renew communities every day.

Instead, it will be returned at a premium, no doubt following a long, protracted battle that is built on nothing but unfounded allegations and accusations from a billion dollar industry of monetized killing that is losing its client base to compassionate, caring organizations who are driven by a desire for service and love.

While the witch hunt continues, keep another zero in mind:

No woman has ever died in a pregnancy help organization.

Instead, a woman finds patient, non-judgmental counseling about all her options—because no woman should ever feel so alone, coerced or hopeless that she thinks abortion is their only option—in additional to a slew of free services, including ultrasound, material aid, parenting classes, and referrals to community services.

Don’t lose track of the fact that the only way that big outfits like NARAL and Planned Parenthood stay in business—outside of the billions of dollars in government funding they receive, that is—is if a woman ends her child’s life with abortion.

Meanwhile, every client a pregnancy help organization serves represents more money a local director or development officer needs to raise from her own community of grassroots supporters. Or, are we to believe pregnancy center folks just really love a good banquet and walkathon?

It’s well beyond a leap of faith to trust what NARAL is saying about pregnancy centers. It’s the classic case of a fox guarding the hen house.

Tweet This: It's well beyond a leap of faith to trust what NARAL is saying about pregnancy centers.

As these cases in California and Illinois unfold, there’s one more zero to keep at hand. An absolute zero. As in absolutely zero evidence of any wrongdoing by pregnancy centers.

“Our goal is to help women in unplanned pregnancies take time to be informed and not rush to a life-altering decision,” Hill said. “We endeavor to help a woman holistically: emotionally, practically, medically, and spiritually, so that she can make a decision that she will be able to live with and that will not go against her own moral code.”