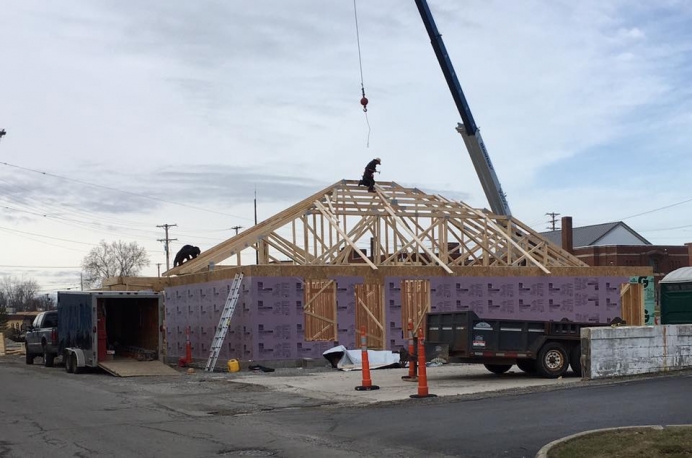 Set to cut the ribbon this September on a 4,000 square foot facility, LIFE Pregnancy Center in Washington Court House, Ohio, is just a couple of months away from wrapping up one chapter of vital community partnership and beginning a new one.

The center, which has been serving clients since 2000 with free services ranging from ultrasounds and pregnancy tests to material aid and adoption support, is poised to reach a new demographic with the new digs—which came with a price tag of close to $400,000.

While it’s primarily served low-income women in need of material aid during its history, executive director Barbara Fox is hoping the new, sprawling facility will help LIFE increase its reach to middle-income women as well.

That’s an especially urgent need in Washington Court House, a town of 14,000 where the nearest abortion clinic is close to an hour away, either north to Columbus or west to Dayton.

“It's actually those in the higher socioeconomic statuses that are at risk for abortion,” Fox, one of the founding leaders for LIFE, said. “They have the means to drive to the abortion clinics.”

Even though LIFE—which stands for, “Life Is For Eternity”—has an annual budget of just $55,000, Fox says the $400,000 building project has been easier to come by than the numbers tell. Not only have churches and supporters been generous to give financially to the effort, community members have been quick to pitch in with “sweat equity” along the way.

The project’s architect, general contractor, electrician, and other laborers have donated their labor absolutely free to the center, which serves over 450 individual clients every year.

One of those, a young woman named Angie, was considering abortion after having been the victim of a rape. Though she’d aborted her first child 10 years prior, she’d also gone on to have children, and she could never quite understand why she wasn’t able to bond with those children.

Now, on the brink of a second abortion, Angie reached out to LIFE and found for the first time the help she needed to grapple with the painful decisions of her past, and to navigate the decision in front of her.

“Statistically, Angie was at high risk for another abortion,” Fox said. “She opened up about the regret she had about her past abortion and the poor life choices she made afterward. She received her first non-judgmental abortion recovery healing and forgiveness session that day. She discovered we are pro-life, but we’re also pro-woman. We exist to save and change the lives of the mother and child, both earthly and eternally.”