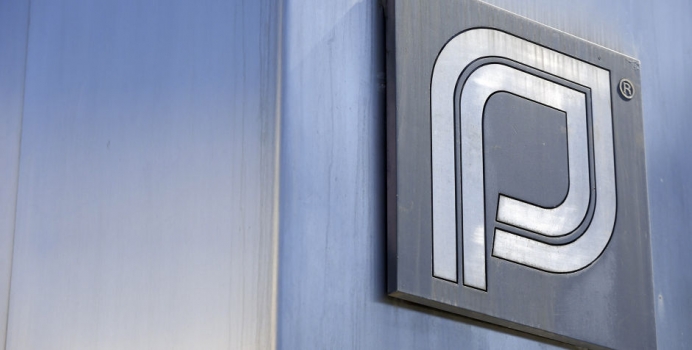 100 years into Planned Parenthood’s appalling existence, women are avoiding abortion like the plague and turning to pregnancy centers instead.

A new report is out, and the numbers aren’t looking good for the failing abortion industry and its flagship corporation, Planned Parenthood.

Despite billions in income—including $543.7 million in taxpayer funding per year just to Planned Parenthood—it seems abortion profiteers are losing the battle online against the nation’s 2,750 pro-life pregnancy help centers.

Writing at Gismodo.com earlier this week, abortion enthusiast Robin Marty lamented that Planned Parenthood and other abortion dealers are losing more women than ever before to simple Google keyword searches.

Marty’s piece, parroted obediently by The Guardian, The San Jose Mercury-News and others, shows that in at least 20 cities across the U.S., typing in phrases like, “Where can I get an abortion near me?” yield a mix of results from pro-life pregnancy centers and abortion mills like Planned Parenthood.

“I contacted 20 people in cities and states across the U.S. to ask them to go to Google, either on desktop or on their phones, enter ‘Where can I get an abortion near me?’ and then click on the resulting map to see what happens in their locations,” Marty writes.

“In all but two (Little Rock, Arkansas and Queens, New York) crisis pregnancy centers were offered up as abortion clinic options whenever that sentence was entered.”

Why Google is Favoring Pro-Life Centers

Marty goes on to explain that Google uses a complex and proprietary algorithm drawing from a variety of factors to yield top search results. Pregnancy centers and abortion businesses compete on a level playing field where anyone can purchase an ad, build search-engine optimization (SEO) and more.

Somehow missing from both Marty’s reporting and that of her fellow travelers is the fact that Google prioritizes—as much as any other factor—actual feedback from former clients via its Google My Business.

What Marty and others side-stepped is the world of difference between the inside of a Planned Parenthood and a life-affirming pregnancy center. While close to 99 percent of former pregnancy center clients turn into veritable evangelists—and many start volunteering at the centers right away—the opposite is true of abortion businesses.

In fact, abortion supremacists’ recent attempts to bring pregnancy centers down to Planned Parenthood’s stumpy level are a prime example of this disparity.

Starting last summer and running through the fall, former comedienne Lizz Winstead and her subtly named “Lady Parts Justice League” encouraged whoever would listen to protest pregnancy centers in person and leave batches of negative Google My Business reviews against the life-affirming nonprofits.

The in-person protests flamed out immediately, leaving behind just the online portion of Winstead’s sad display. As of early January, Google had removed hundreds of reviews from Winstead’s campaign after pro-life groups including Heartbeat International flagged the reviews as false and abusive.

Despite the glaring omissions from Marty and her online echo chamber, more women than ever before are rejecting abortion not only because they see what it is, but because they’re increasingly aware of better options.

In 2017, for example, over 350,000 women reached out to Option Line—a 24-7 pregnancy helpline run by Heartbeat International—the highest single-year number in the hotline’s 15-year history.

By contrast, Planned Parenthood committed 321,384 abortions in the latest year it reported—an astronomical number to be sure, but on track with its steady year-over-year decrease and fewer by 30,000 than the number of women who turned to a pro-life helpline in that same timeframe.

The reality of women rejecting abortion plays out every day on the ground as well, when a woman like Angie Stillwell literally runs out of an abortion mill after being tricked into going inside in the first place.

That’s similar to Nadya’s story as well. Raised in the church, Nadya was actually sitting in a Planned Parenthood waiting room on the verge of surrendering to an abortion she didn’t want but felt she couldn’t avoid.

Waiting for her name to be called, Nadya realized in an instant that she didn’t have to go through with the abortion, so she bolted from Planned Parenthood and—like Angie—went to a pregnancy center where she chose life for her little boy, Charlie.

The closest Planned Parenthood can come to telling a story like Nadya’s is when it fails to deliver its one and only product: abortion.

Tweet This: 100 into its appalling existence, more women than ever are rejecting @PPAct, #abortion. #prolife

A hundred years into Planned Parenthood’s appalling existence, women are avoiding abortion like the plague and turning to pregnancy centers instead.

For proof of that ongoing shift, you can just Google it.