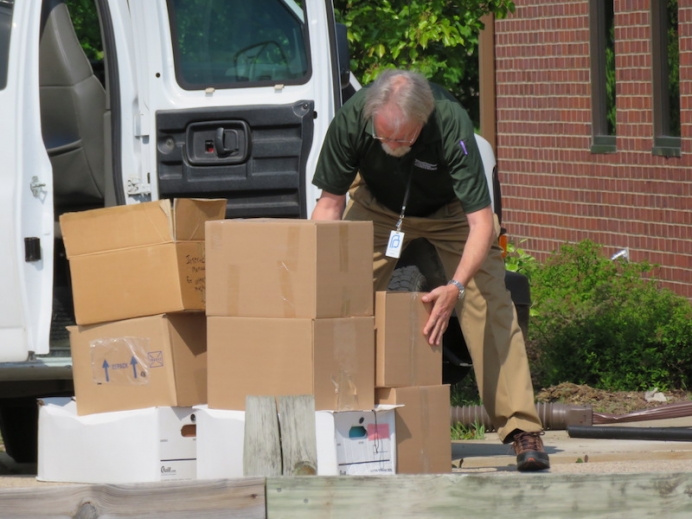 It seems tougher by the hour for Planned Parenthood to rationalize its long-held motto, “Care. No Matter What.”

That steep task just got harder this week, amid revelations that a shuttered Planned Parenthood abortion clinic in Iowa broke client confidentiality by leaving behind personal health information (PHI) records for over 2,500 of its former clients.

In early May, a Dubuque office affiliated with Planned Parenthood of the Heartland completed the sale of its property to Clarity Clinic, a local pregnancy help organization, and left behind a closet full of patient files that took Planned Parenthood staff 10 days to come and pick up.

“All the keys that were for that closet were given to me, and I contacted a lawyer regarding it,” Clarity Clinic executive director Kris Nauman said. “He said, ‘Don’t let anyone have access to that closet, and don’t look at anything in that closet.’ I said, ‘I won’t,’ and that was what we did. We kept it locked and confidential.”

At the final walk-through May 6, Nauman alerted Planned Parenthood’s real estate agent of the abandoned patient files and then watched as the agent called the Heartland office to make them aware of the breach.

When Planned Parenthood failed to make contact with Nauman in the days that followed, she and her staff reported the issue to a state agency and her local police department on the advice of Clarity Clinic’s medical director—an emergency room doctor.

Neither of the governmental agencies responded to Clarity Clinic. Finally, on May 16—a full 10 days after being notified of the deserted patient files—Planned Parenthood sent over a staff member to collect them.

Planned Parenthood of the Heartland published a press release July 1 claiming it “discovered a potential breech” as early as May 6—again, 10 days before they picked up the files.

“It took them 10 days to come pick it up,” Nauman said, noting her organization didn’t move into the building until May 31. “Nobody stole their files, they left them here. We protected the women, because that was our part. Our part is to help women, and we didn’t want to hurt any woman—regardless of what she came here to do. I hope that shows loud and clear to whoever is listening.”

Representing a minimum of 2,506 violations under the 1996 Health Insurance Portability and Accountability Act (HIPAA), Planned Parenthood of the Heartland could be liable for $1.5 million per incident—a potential bill of $3.8 billion.

Susan Dammann, a registered nurse and medical specialist for Heartbeat International—a network of over 2,000 pregnancy help locations—stressed the severity of Planned Parenthood’s failure to protect its clients’ personal health information.

“This appears to be gross negligence and a major HIPAA violation of Planned Parenthoods' duty to protect the confidentiality, integrity, and security of their patients' personal health information and medical records,” Dammann said. “Violation of privacy, identity breaches, and billing information for financial gain are only some of the concerns when medical records are not protected and secured.”

Notably, even while Planned Parenthood's staff left its patient files exposed, they meticulously removed everything from the building before vacating—including every fire extinguisher.

“Now you take out all the fire extinguishers, but you leave all those client documents with personal information,” Nauman said.

With their current lease expiring in Dec. 2016, Nauman, who has served with Clarity Clinic since 2008, began praying along with her fellow leaders about a new location for their free ultrasound and STI testing, peer counseling, post-abortion counseling and other services, when Planned Parenthood announced it was closing and looking for a buyer for its facility at the start of 2016.

At just under 4,000 square feet, the former abortion clinic is nearly twice the size of Clarity Clinic’s former location a few blocks away. Even though they’re still on the hook for rent through the end of the year, the possibility of speeding Planned Parenthood’s exit from the city was too good to pass up.

One of several pro-life pregnancy help organizations across the country to open in a closed abortion clinic—including another former Planned Parenthood across the state in Creston, Iowa—Clarity Clinic served upward of 60 clients in their first month at the new space.

“God’s in the house,” Nauman said. “The atmosphere has changed here. Already since we’ve been in the building, there have been lives saved. We’re just doing our mission. We pray for those people that work with Planned Parenthood who were associated with this problem, and pray that the people who were involved and had their things left behind, that God protects them.”