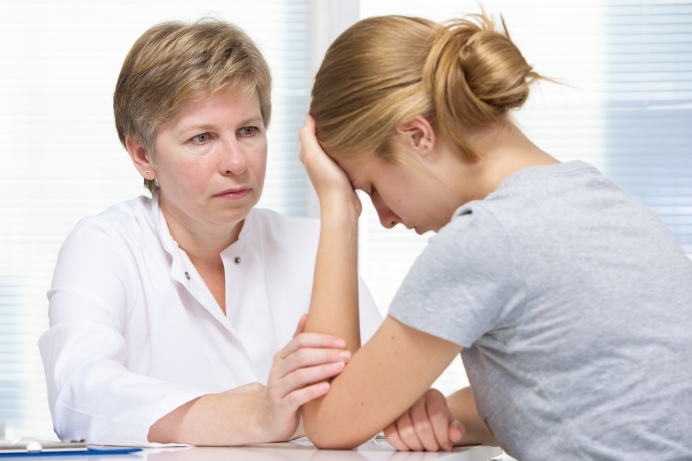 Caring for the "Rejected Lambs"

A few weeks ago, my wonderful wife Jennifer (I’m writing this just before Valentine’s Day so perhaps I received extra credit with those words) told me she sensed the Lord wanted me to reach out to a guy named Ray Carman.

I didn’t know Ray; all I knew was that his wife and mine were friends through a home school co-op, but Jenn was insistent.

“He put out a Facebook video about a lamb being rejected by its mother, and it got more than a million views—and now he is doing some interesting things; I think you and he would connect.”

So, the other day, Ray and I sat down for lunch. As we talked, it struck me that we—all of us in the pregnancy help community—reach out to rejected lambs. Many of those we see have experienced sexual abuse, others are being trafficked for others’ “pleasure,” and still others have been tossed aside by parents, boyfriends or someone else.

They are broken. And they believe they are beyond repair. They see no hope, no future. And when they come to us, in addition to the burdens they carry, a child may also be in the picture.

Somehow, some way, we’ve got to find a way to connect them to the God who loves them. Many of these women, because of the rejection they’ve faced, don’t see themselves as victims but as the problem.

For so long, I believed many of the women (and men) we see are “angry with God” because of what people have done to them. A lot of times however, what they’ve faced in life leads them to believe they are not worthy of God’s love. They believe if people have rejected them, God must have done the same.

For them, it is impossible to think of approaching God. So when we say, “God loves you,” they have no idea how this could be true.

Thankfully, God sent a shepherd to show the enormity of his love. This is good news, and we have an opportunity to share this story with those who come in our doors.

Sitting down with Ray and asking enough questions, I finally realized his little video—filmed in February of 2016—didn’t get “a million views” as Jennifer told me. That’s okay. Once I prodded him and worked through all the ways a video gets shared, the number of views is closer to ten million.

Ray tells me that setting out to make a “viral video” is hardly what he planned. He just saw a life lesson and put it out there for friends to see. From there, his journey led him to opportunities he never imagined.

But today, he’s still just Ray. If you look inside Ray’s heart, you’ll find a guy who cares deeply for his wife and four children, reaches out to those who connect with him at www.enjoytheshepherd.com, and has a heart for those most rejected by society.

Tweet This: In the #prolife help community, we're reaching out to rejected lambs. @KirkWalden

After almost two hours of conversation, I realized; what we in the pregnancy help community do each day is just as simple as working on a farm like Ray.

And just like Ray, we reach out to rejected lambs, needing a connection to the Good Shepherd. Our mission is nothing more than pointing our friends in the right direction.

When we do, we let the Good Shepherd to the rest.