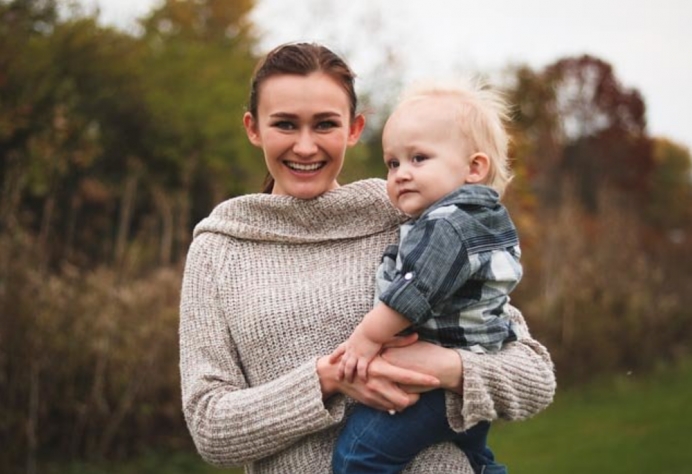 Why Nadya Walked Out of Planned Parenthood, Chose Life for Baby Charlie

Almost three years ago, Nadya was sitting in a Planned Parenthood waiting room in southwest Ohio, feeling abortion was the only way she could salvage her life.

But even as she waited for the front desk staff of the abortion business to call her name, Nadya suddenly found the strength that was so elusive in the weeks leading up to the appointment.

All of the sudden, a dozen conversations—both with her sister and at a local pro-life pregnancy help center, “Elizabeth’s New Life”—had fallen into place in Nadya’s mind and heart. Just in the nick of time, Nadya stood up and walked out the door of Planned Parenthood, determined to choose life for her little boy, who she named Charlie.

Now married to Charlie’s father, Nadya is taking her son and her story up Capitol Hill on Thursday as part of Heartbeat International’s Babies Go to Congress, where she’ll tell her elected representatives what pregnancy help has meant to her.

With 18-month-old Charlie at her side, Nadya will have an adorable visual aid to point to as she tells the story of how she rescued her son by walking out of Planned Parenthood.

“Through the constant support and prayer and coaching of Elizabeth’s New Life Center, they showed me that [parenting] was possible,” Nadya, who’s finishing up a business degree and works at a law firm, said. “It was not the end of the world. If anything, I’m so much better off today.”

According to research from the pro-abortion Guttmacher Institute, 54 percent of women resorting to abortion came from a Christian background—a figure that may actually be on the low end, compared to a 2015 survey conducted by LifeWay Research and Care Net.

When she found out she was pregnant, Nadya hesitated to tell anyone close to her except her sister, who recommended Elizabeth’s New Life Center, which serves over 4,700 women per year in six locations throughout southwest Ohio.

Though she visited Elizabeth’s New Life Center, Nadya was having trouble seeing past her chaotic living situation, her career goals and what was then a shaky relationship with Charlie’s father.

Tweet This: "I'm so much better off today" -Mom who walked out of #PlannedParenthood, chose life. @ENLC @HeartbeatIntl #prolife

More urgently, Nadya was mired in the guilt and shame, and was desperate for a way out.

“I saw my ultrasound and I was six weeks pregnant. The nurse at the time gave me all the options and said, ‘Listen, this is possible. You’re going to be a great mother… there’s adoption as well. This life is going to be wonderful, it’s going to be beautiful, and you’re going to do this.”

While those words of encouragement didn’t set in right away for Nadya—who later booked an abortion appointment at Planned Parenthood—they did in time for Nadya to reject abortion and choose life for herself and little Charlie.

Thursday’s event is set to be capped off with a special address from U.S. Sen. Joni Ernst (R-Iowa), a past speaker at the March for Life and ardent supporter of vulnerable life.

Watch Nadya tell her story below: