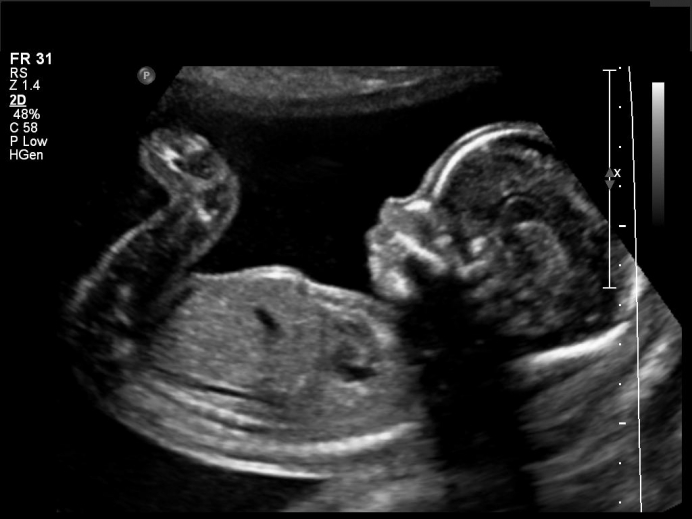 A Fighting Spirit for the Least of These

Twenty-year-old Jocelyn came into True Care Women’s Resource Center seeking confirmation of a second pregnancy. She had an 8-month-old at home, and the idea of being pregnant again so soon sounded terrifying.

Jocelyn thought she was about six weeks along. When the nurse placed the ultrasound probe on the young woman’s stomach, shock registered on Jocelyn’s face. The image of a 21-week-old appeared on the screen.

“I never suspected… I never thought… am I really that far along?” Jocelyn asked.

A few measurements by the nurse via the ultrasound confirmed: Jocelyn was in her 22nd week of pregnancy.

With the U.S. Senate failing to pass the Pain-Capable Unborn Child Protection Act in January, Jocelyn could have aborted that baby. Along with North Korea, China, Vietnam, the United States is one of just seven nations on earth that allow an abortion that late in a pregnancy.

Jocelyn would have traveled about 200 miles to reach such a clinic. Without a Planned Parenthood in Wyoming, most women living in the state who seek abortions travel to Colorado or Montana. A late-term abortionist in Boulder, Colorado, Warren Hern—whose claim to fame is that no babies are ever born alive at his office—is the likeliest place Jocelyn would’ve gone if she’d resorted to abortion.

Seeing her baby moving her arms and stretching her legs, Jocelyn burst into tears.

“It’s a wiggly little one, isn’t it?” she said as she viewed the ultrasound screen. “It was about this age when I found out what gender my other baby was.”

The nurse asked what she was thinking and feeling.

“I just can’t believe I didn’t know,” Jocelyn responded. “They’re going to be even closer in age than I thought.”

Although Jocelyn said she would carry to term and parent, her visit is a sober reminder that every year, thousands of precious preborn children are aborted at 20 weeks and beyond in the United States. Along with being unmistakably human and distinct, these little ones can feel excruciating pain as abortion profiteers like Warren Hern kill them inside their mothers' wombs.

The Senate’s failure to halt abortion at 20 weeks is a profound failure to protect those “wiggly” little lives like Jocelyn’s child. Especially at this stage of development, no one can deny these children are human beings—with arms, legs and faces that bear the image of God.

We in the pregnancy help movement see those images daily and our hearts break every time a woman feels she has no choice but abortion. Our hearts break no matter what stage of development that preborn child finds him or herself.

Even in Wyoming—the least populated state in the nation and one of the most conservative—staff and volunteers at True Care see women driven to the hopelessness of abortion at virtually every stage of pregnancy.

Tweet This: As we serve mothers, babies with #prolife help, we're serving the Lord who bought us. @wyoauthor1

What can we do in the trenches between life and death? Continue forward with a fighting spirit. Not all the women we serve will be like Jocelyn and choose life for their children, and we can’t count on the government to do our day-to-day work for us.