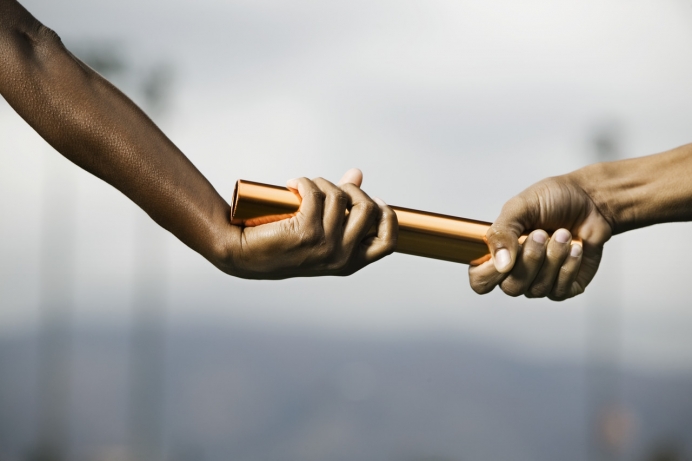 Four years ago this summer, I was sitting across the table from Jor-El Godsey at a Red Robin in Columbus, Ohio, when he first pitched me the vision for Pregnancy Help News.

The idea, as Jor-El described over a glass of strawberry lemonade, was to create a space for those involved in the everyday work of rescuing lives from abortion to tell their stories, share their ideas and celebrate what God was doing though them.

Among the many reasons Jor-El and other leaders at Heartbeat International were motivated to create such a space was an axiom about the pregnancy help community that goes something like this: We’re the best-kept secret in the pro-life movement.

By the time Jor-El and I met at Red Robin, I’d seen the truth behind that axiom in a number of different ways. Whether the blank stares of my Christian friends when I told them I was working for a pregnancy help network or the off-base follow-up questions from even pro-life reporters, I needed no further convincing that there was plenty of work to do.

More importantly, by the time we were having this conversation, I’d been thoroughly convinced—more like captured, really—by the amazing work that goes on in a typical pregnancy help center, ultrasound-equipped medical clinic, maternity home or nonprofit adoption agency.

When you think about it, it really is impossible to dream up a better vehicle for God’s people to extend His love to those most keenly aware of their need for Him. Here’s a (usually) young woman faced with (again, usually) the most difficult situation in her life. She feels vulnerable, alone, pressured, maybe even guilty.

Left to the pressure of the moment, which often includes the relational abandonment of her boyfriend, husband or family, it’s easy to see why a woman would resort to abortion in the depths of her hopelessness. Indeed, that’s the business model of every abortion clinic, which converts despair into dollars.

But what if this same woman goes into a pregnancy help center instead? Rather than profiting off her hopelessness, a pregnancy help center team demonstrates the love of Christ that stops on the road and acts in neighborly compassion. With nothing to gain but joy, they’ll meet her desperation with hope, help and healing that will not only empower her to rescue her child’s life, but change her life in the process.

So, back to Red Robin and my conversation with Jor-El. When he pitched me the idea behind Pregnancy Help News, my only question was when could we start.

That set the table for our launch in January of 2015. Since that time, we’ve published well over 1,000 articles and had the pleasure of seeing our work appear over 730 times at other websites—from specifically pro-life sites to larger outlets like The Federalist, The Blaze, Newsweek, The Daily Wire, The Daily Signal, The Christian Post and more.

To us, every one of these articles, and every one of the reprints and mentions brings us closer to the goal of making abortion unwanted and unthinkable because everyone knows there’s help at a pregnancy center near them.

Which brings me to today’s news. As of this Friday, April 13, I’ll be passing the baton of Pregnancy Help News over to my colleagues, Kirk Walden and Katie Franklin.

A longtime voice in the pregnancy help community who needs no introduction to most in our movement, I’ve had the pleasure of working side-by-side with Kirk since this site’s inception. His leadership, wisdom, humor and overall excellence is one of the main reasons I feel so comfortable handing off oversight of Pregnancy Help News.

Another main reason is Katie Franklin, who’ll be serving as our managing editor going forward. For the past three or four years since I saw Katie’s work with Ohio Right to Life, I’ve been singing her praises to my colleagues at Heartbeat International.

In her freelance work on our site, Katie has lived up to every bit of that praise, and the more we’ve seen from her—see here and here for my favorites so far—the more we’re convinced she’ll move Pregnancy Help News in just the right direction.

As for myself, I’ll be starting the new chapter in my life and calling to “rescue those who are being taken away to death” (Prov. 24:11) with my friends at Alliance Defending Freedom (ADF), which most recently represented pregnancy centers at the U.S. Supreme Court in NIFLA v. Becerra. Based in Washington, D.C., that position starts Monday, April 16.

While the shift marks a major change in my family's life, it’s one long-soaked in prayer. For quite some time, my “short list” of possible career changes has included just one organization, and that’s ADF. Their focus on upholding the sanctity of life, along with their work on behalf of religious liberty is second to none, and it’s an honor to move from one top-notch, life-saving group to another.

The team at Heartbeat International has been a family to my wife, kids and and I. In so many ways, we've grown up at Heartbeat. We wouldn't consider leaving if not for the abundantly clear way God has led us to leave—including the timing in welcoming in Katie just in time to hand her the keys to Pregnancy Help News.

Before I sign off, one quick anecdote: When my wife and I sat our kids down to tell them we were leaving our home in Columbus and that Daddy was going to start working at another job, our oldest—7-year-old Anabelle—voiced a bit of disapproval.

“Daddy,” she said, “If you leave your job, who will help save the babies?”

Praise the Lord, I didn’t have to say “Somebody else.”