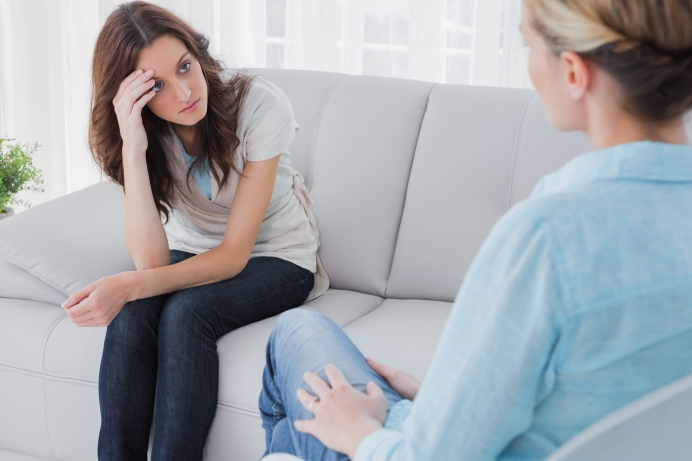 "I Didn't Realize Abortion Bothered Me Until..."

In April of 2011, I began working with the post-abortion ministry Rachel’s Vineyard. Over the years, I have had the privilege of hearing the stories of many women and men who have an abortion in their past.

Each and every story that I’ve heard is unique, complex, and riveting in its own way, and through these stories, I have come to a deeper understanding of the mental, social and relational impact that abortion can have in a person’s life.

One of the things that always strikes me when I reflect on the stories I’ve heard is the variation in the amount of the time that passes before individuals decide they want to share their abortion stories and explore how the abortion has negatively impacted their lives.

Sometimes it takes women (and men) five or 10 years before they are willing to explore the topic. Sometimes it is several decades before they are ready to address it. Many times, it is even longer than that. We once had an 85-year-old woman attend a retreat. Forty-five years after the fact, she had finally decided she was ready to take steps to put the abortion in her past.

It is a fascinating, and simultaneously tragic, thing to see how long the pain of abortion can stay hidden in a person’s life.

Perhaps equally as interesting is exploring how each of these individuals came to understand that abortion had a negative impact on their lives. Many times, these individuals acknowledge that they have spent many years trying to rationalize their abortions.

Some have admitted that they became staunchly pro-choice in an effort to justify the abortion in their pasts. Some have simply suppressed the negative feelings, afraid that if they were to verbalize any negativity, they would be forced to address the problems that arise as a result. Still others have never told anyone of the abortion in the first place and believe they have nowhere to turn to share their thoughts or feelings.

There are myriad reasons why a person might wait many years before addressing the negative consequences that arose as the result of choosing abortion.

But for each of these individuals who eventually come to verbalize remorse or negative thoughts regarding their abortion, there is a moment in which the realization of the negative impact of their abortions is made. There is a moment when the need for help becomes clear. This moment can often catch these individuals by surprise, especially if the negative thoughts and feelings have been suppressed or ignored over the course of time.

For some, the negative responses to abortion were clear, but the magnitude was not. For others, the moment was simply the straw that broke the proverbial camel’s back. Some are surprised that they eventually feel any negative thoughts at all. Whatever the case may be, each of the individuals has a moment where they realize that the abortion has impacted them more than they have realized.

We can call this the “I didn’t realize how much the abortion bothered me until” moment. Again, this moment is unique for each individual, but here are some examples that I’ve heard multiple times.

“I didn’t realize how much the abortion bothered me until…

These examples demonstrate how powerful the psyche can be in covering pain in one’s past. They also highlight how disingenuous it is to claim that abortion has no significant psychological impact on those who choose it.

Indeed, these examples stand in contrast to a culture that peddles the narrative of harmless abortion. Truly, there are many abortion defenders who want everyone to believe that abortion does not harm women, that there is no psychological impact and that it is simply another medical procedure.

And it is certainly true that there are some women who never feel any regret or negative feelings about their abortions. Conversely, there are women who are bothered by it from the minute they walk out of the clinic.

Women (and men) respond differently to abortion, especially when taking a longitudinal view. There is no one-size-fits-all approach to categorizing these responses, but as the above examples demonstrate, asserting that all post-abortive individuals experience the same response is to over-simplify the post-abortion experience.

This, in turn, becomes an injustice toward individuals whose negative responses are not validated. These individuals may feel or think that they are not welcome to seek help after an abortion, or may assume that the problem is “all in their head.”

Tweet This: "I didn't realize #abortion bothered me until..." How we help others work through post-abortive pain, from Cullen Herout #prolife

As a result, these individuals may never experience the benefits that come with sharing one’s abortion story.

All that is to say, it’s a dangerous endeavor to claim that abortion has no psychological impact on the individuals who choose it. The claim ignores the many interconnected dimensions of the human person and the human psyche. It also ignores the countless stories and testimonies of those who have verbalized negative thoughts or feelings stemming from their abortions.

The examples of the individuals whose stories I’ve heard show us that we ought to recognize that abortion responses come in all shapes and sizes, and that there is no set timetable on when or how a person might come to acknowledge these responses.

The best way we can support post-abortive individuals is to hear their stories, validate their experiences and help them to find healing from whatever wounds may have come from their abortion.

Cullen Herout is a pro-life writer, radio host, and speaker. He has a passion for writing and speaking about building a culture of life. Cullen is a licensed mental health practitioner and has worked for six years with the post-abortion ministry Rachel’s Vineyard. He hosts Ready to Stand: Pro-Life Radio, which can be heard here. Follow him on Facebook here or contact him here.