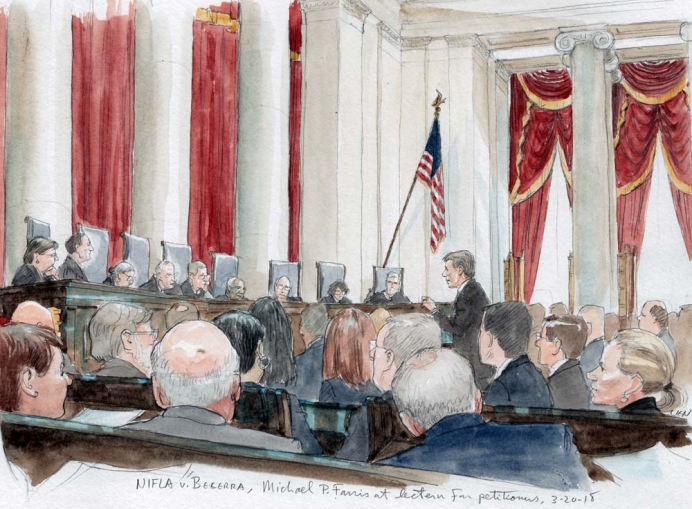 Here's the Text and Audio of Oral Arguments in NIFLA v. Becerra

That’s the question at the heart of National Institute of Family and Life Advocates (NIFLA) v. Becerra, which was argued before the U.S. Supreme Court on March 20.

The case challenges a 2015 law in California that proposes to force over 100 pro-life state-licensed medical clinics throughout the state to advertise taxpayer-funded abortions in their waiting rooms and on all online and in-print advertisements.

Also included in the law is a mandate that nearly 100 pregnancy centers in the state that do not offer ultrasounds must post signage disclosing that they are not state-licensed medical facilities.

Following the arguments March 20, observers across the political spectrum have predicted a victory for the pro-life centers, which—represented by NIFLA—argued that the law is an unconstitutional violation of the First Amendment’s guarantee of free speech.

While not binding in the Court’s deliberations, Riverside County Superior Court justice has granted a preliminary injunction for one pro-life organization on free speech grounds, citing California’s 1849 Declaration of Rights, which guarantees the “freedom of mind.”

Click here to listen to the recording of the March 20 oral arguments, or read the transcript here.