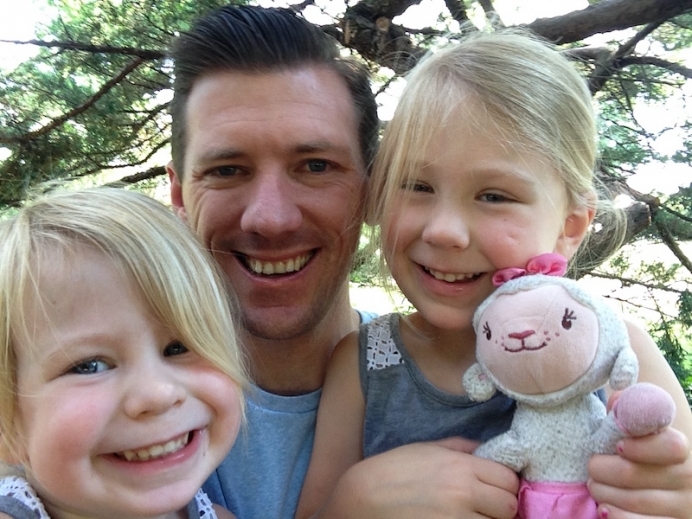 Jay Hobbs, "The Best There Ever Was"

In the 1984 baseball movie, The Natural, the main character is Roy Hobbs (played by Robert Redford). It’s a fictional tale of a young ball player with a bright future who temporarily lost his way, then finds redemption later in life in the major leagues.

Though Roy Hobbs only plays for one season, his play is so amazing he stuns the baseball world.

Roy Hobbs however, is not interested in money or even fame. He just loves the game and wants to leave his mark. At one point, when his love interest asks what he wants from baseball, Roy says, “I want people to see me on the street and say, ‘There goes Roy Hobbs; the best there ever was.’”

It’s a simple line, and it is a running joke between Pregnancy Help News Editor Jay Hobbs and I. Because I work remotely in Nashville and he is in Columbus, we don’t see each other often but when we do, I might say, “There goes Jay Hobbs; the best there ever was.” We’re both baseball fans, so it works for us.

Today however, this line takes on more meaning.

As you read recently in Pregnancy Help News, Jay is taking on a new role with Alliance Defending Freedom—staying the course in defending life and adding to his work by joining the communications team with a tremendous organization. I couldn’t be happier for him.

But reflecting on Jay’s time with Pregnancy Help News, I can’t help but be reminded, “This guy made it all happen.”

Jay laid out the vision with several others at Heartbeat, then over time, and built an outreach which now extends to online sites like The Federalist, Newsweek, The Daily Wire, The Blaze and more.

Pregnancy Help Ministries are gaining more ground in the public square than at any time in our more than 40 years of existence. Many don’t realize it, but a guy named Jay Hobbs has a lot to do with this.

Tweet This: Pregnancy Help Ministries are gaining more ground in the public square than ever. We can thank @Hobbnobbin -- @KirkWalden

Jay set the culture for Pregnancy Help News, and did an outstanding job. He struck a perfect balance between the hot-button issues we face (his work on the recent NIFLA v Becerra Supreme Court case is a perfect example) and the everyday, powerful stories of what Pregnancy Help Organizations are doing each day.

Jay is one of those rare people with both a heart for this work and a desire for top-notch journalism in a world where click-bait rules and the facts get lost along the way. If Jay wrote it, you could mark down that his facts were unassailable. Under his leadership, Pregnancy Help News went from non-existent to the source of information for those in our work, and beyond.

So now, Jay moves on to ADF. I can say with clarity, ADF gains an outstanding journalist and a tireless believer in truth and in changing the culture. It doesn’t get any better than that.

We are excited about the future of Pregnancy Help News, because Jay gave us such a tremendous foundation. We will continue to cover our news, from our perspective. I look forward to working with Katie Franklin and the rest of the team as we seek to take this site to a new level. Jay doesn’t want it any other way.

But yes, I’ll miss Jay and our conversations about baseball, life and faith. He’s a good’n. And as he heads to a new role, I’m happy to say, “There goes Jay Hobbs; the best there ever was.”