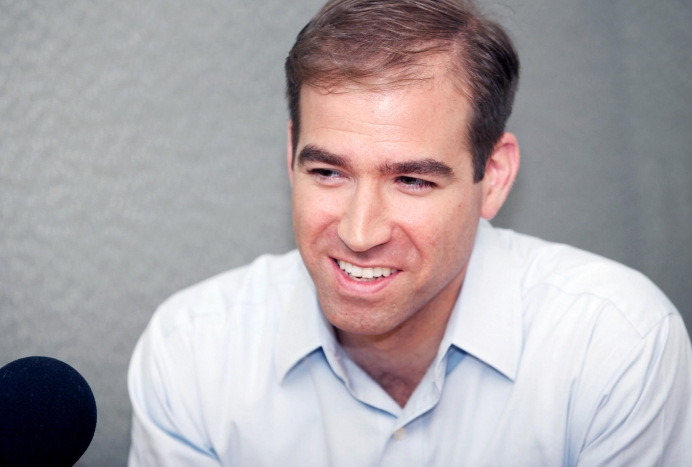 Hatford Mayor Luke Bronin has pledged his support of a city ordinance cracking down on pro-life centers.

Acting at the behest of local abortion advocates, the city of Hartford, Conn., is considering an ordinance that would force the only pro-life pregnancy help center in the city to post signage steering women away from its life-saving services.

An entirely volunteer-run effort, Hartford Women’s Center opened up its current location this May, sparking an ongoing mud-slinging campaign from the abortion business next door, as well as NARAL Pro-Choice America—whose state headquarters are just a floor above the abortion mill.

Now, the City Council is getting involved in the fight against the pro-life outreach, adding the ordinance to the agenda for a public meeting Monday, Nov. 20. The ordinance mirrors existing regulations in San Francisco, Oakland and Seattle that force Hartford Women’s Center to post prominent notices indicating “whether or not a licensed medical provider is on premise providing care.”

Pro-lifers, including members of a state-level coalition of pregnancy help organizations, plan to be at the meeting to help councilmembers and Hartford residents get a clearer understanding of the good work pregnancy centers do every day.

“This is not the first round of attacks we’ve seen from NARAL in Connecticut—it’s been one thing after another,” Molly Hurtado of ABC Women’s Center in Middletown—two-plus hours from Hartford—said. “In our state, there’s already no restrictions to abortion access, but because pregnancy centers outnumber abortion businesses 2-1, they see us as a threat and are using the government to crack down on our work.”

The ordinance, Hurtado said, would most directly affect the very women most in need of free services offered at her center. Despite the distance, some 40 percent of ABC Women’s Center’s clients travel from Hartford.

Many of those women are already dealing with intense pressure to abort, a situation often aggravated by Hartford’s extreme poverty rate of 31.2 percent—four times higher than that of the outlying suburbs.

The abortion lobby’s attack on pro-life help isn’t likely to stop in Hartford.

“To use Hartford as a guinea pig is especially insulting, since this is one of the most poverty-stricken areas in our state,” Hurtado said. “Many of our clients come from Hartford to get help at our center, so I know firsthand how many difficulties they’re already up against without the government taking away their chance to choose life.”

A Nationwide Trend of State-Forced Speech

The ordinance follows a longstanding trend of local attacks on pregnancy help centers from the abortion lobby.

Although the efforts to force pregnancy centers to post similar signage is still in play in San Francisco, Oakland and Seattle, parallel efforts have been turned away as unconstitutional infringements in Austin (TX), New York City, Baltimore (MD) and Montgomery County, Md., which was ordered to pay pregnancy centers $330,000 in attorney's fees after having colluded with NARAL. This summer, Missouri passed a protective measure to prevent municipalities in its state from targeting pregnancy centers after abortion proponents in St. Louis tried to strip all religious organizations from holding their own employees to a pro-life code of conduct.

Other, more onerous laws forcing pregnancy centers to speak a government message have come under scrutiny in Illinois, California and Hawaii, with a judge permanently stopping Illinois’ law and the U.S. Supreme Court taking up pro-lifers’ challenge to California’s law earlier this week.

In Connecticut, NARAL’s state chapter has long-sought an opportunity to target pregnancy centers. In 2015, the organization released a 30-page attack on centers throughout Connecticut, which it then used to introduce legislation at the state house in early 2017.

“The government has no proper role to make citizens and groups post signage stating what they don’t do,” Deacon David W. Reynolds of the Connecticut Catholic Public Affairs Conference said. “This is compelled speech that runs directly against the Constitution’s guarantee of free speech. The city leaders in Hartford have enough real issues to address without having to bow to the wishes of special interest groups like NARAL, Planned Parenthood and others.”

Tweet This: Hartford could be next city to try and steer women from life-saving help. #prolife

Although Hartford’s Mayor, Luke Bronin, has already expressed his support for the ordinance, the effort to crack down on pregnancy centers comes at a time where his city is running a $50 million deficit and could file for bankruptcy unless the state bails it out in the coming year’s budget.

With pregnancy centers—including Hartford Women’s Center—providing all of their services free of charge and at zero taxpayer expense, Bronin’s support for the abortion-backed ordinance is particularly troubling, says Hurtado.

“For the mayor to move forward on mere speculation and allegation—without doing any research into the claims from NARAL and others—is especially alarming,” Hurtado said. “We stand behind the good work of our center and our sister centers in Connecticut, who are filling a needed gap in care for women. No other social services agencies exist to help pregnant mothers care for their children like we do.”