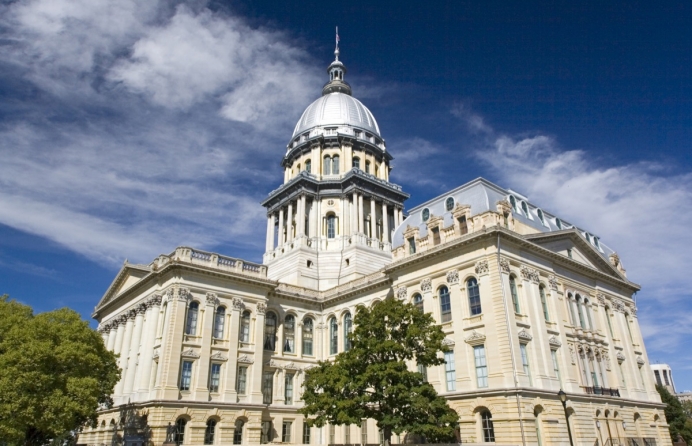 HUGE Free-Speech Win in Illinois, Where State is Trying to Force Pro-Lifers to Refer for Abortions

A federal judge in Illinois handed down a major victory for religious conscience and free speech protection Wednesday, granting a statewide preliminary injunction against a 2016 law change that would force pro-life medical providers to refer patients to abortion businesses upon request.

Though the law has not yet been enforced despite a January 2017 effective date, the state’s 147 pro-life pregnancy centers—at least 74 of which offer free ultrasounds—have been vulnerable to the state’s demands for nearly seven months.

Gutting provisions previously enshrined in Illinois’ Healthcare Right of Conscience Act—once considered the gold standard of freedom protections in the U.S.—the 2016 change would have forced pro-life medical professionals of all kinds to cultivate a list of known abortion mills in their area to hand to patients.

The change—which was signed into law by Republican Gov. Bruce Rauner—also threatened to force pro-life medicos and pregnancy centers alike to counsel patients as to the so-called “benefits” of abortion.

“It is clear that the amended act targets the free speech rights of people who have a specific viewpoint,” Judge Fredrick J. Kapala wrote in his order.

The federal court preliminary injunction broadly protects all “healthcare facilities, health care personnel, or physicians who object to providing information about health care providers who may offer abortion or who object to describing abortion as a beneficial treatment option.”

Hailing the decision as a major victory for pro-life individuals, organizations and clients receiving care at pregnancy centers and pro-life physicians, Heartbeat International president Jor-El Godsey said he was hopeful the decision would point the way forward to an eventual overturning of the onerous law.

A federal court judge had granted a preliminary injunction in December of 2016 that applied to just two pregnancy centers and one physician. Godsey had urged the 61 Heartbeat International affiliates in the state to refuse to comply with the law last September.

“Judge Kapala affirms exactly why it was important for all Illinois centers to stand firm against the legislative overreach in Illinois, manipulated by Big Abortion,” Godsey said. “Special thanks to our friends National Institute for Family and Life Advocates (NIFLA), Mauck & Baker and Alliance Defending Freedom, for leading the charge. Winning the injunction gives protection to all the Illinois pregnancy centers and prepares the path for the eventual court case to do the same.”

Tweet This: Huge win for free speech rights in #Illinois, thanks to @NoelWSterett @AllianceDefends @NIFLA

Noel Sterett, an attorney with Mauck & Baker who is serving as co-counsel on the case with Alliance Defending Freedom, said the preliminary injunction rightly brings unconstitutional viewpoint discrimination to the forefront.

“The government has no business forcing pro-life doctors and pregnancy care centers in Illinois to operate as referral agents for the abortion industry,” Sterett said. “A law that targets medical professionals because of their pro-life views and right of conscience is unconstitutional and unethical.”

While Sterett and his co-counsel continue to pursue the law’s eventual overturning, the decision is an extremely positive sign to pro-life pregnancy help organizations targeted by pro-abortion states in recent years.

As of July 12, California and Hawaii both have laws on the books that would force nonprofit pregnancy centers to advertise the state’s taxpayer-funded abortions. A ruling by the Ninth Circuit Court of Appeals last October upheld California’s law, but pro-life advocates in the state are hopeful the U.S. Supreme Court will take up their challenge this September.

In fact, Wednesday’s ruling is the second positive judicial move in the last month toward overturning discriminatory laws aimed at pro-life pregnancy centers. A county judge in California blasted her state’s so-called “Reproductive FACT Act” in a June 23 decision denying a preliminary injunction request from the state’s Attorney General, allowing a challenge to move forward on free speech grounds.

Fractured court decisions can be a major factor in the Supreme Court’s evaluation of whether or not to hear a case.

“We’re hopeful for more good news down the road, both on behalf of pro-life people and groups, and for the women we seek to serve with life-affirming help,” Godsey said. “No woman should ever feel so alone or desperate that abortion seems to be her only option, and no state should have the power to force persons of conscience to yield their souls just to avoid draconian fines and penalties.”