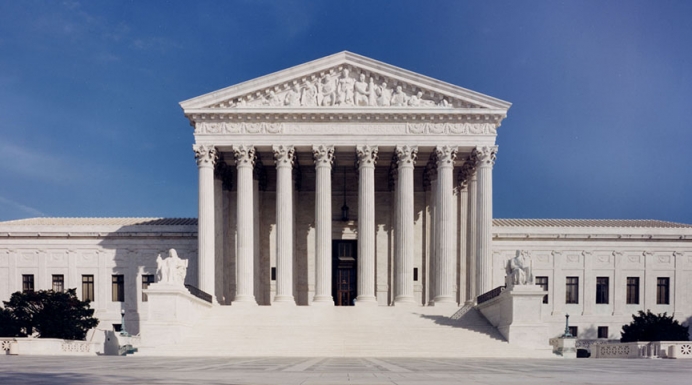 The Supreme Court will decide if California can force its pro-life citizens to choose between obeying conscience or the law of the land.

In 2015, the state of California passed a law forcing privately funded pro-life pregnancy centers to promote taxpayer-funded abortions, threatening crippling fines for noncompliance. As of Monday morning, that edict is under review by the Supreme Court.

Announcing it will hear pro-lifers’ challenge to the so-called “Reproductive FACT Act,” the Court’s announcement comes just two weeks after a California superior court judge granted an injunction against the law on grounds that it violates the state’s Declaration of Rights.

Now, a long-fought battle to keep the Golden State from forcing its pro-life citizens to choose between obeying conscience or the law of the land is on its way to Washington, D.C., for a final decision in National Institute of Family and Life Advocates (NIFLA) v. Becerra.

“By God’s grace, we now have an opportunity to secure a win for free speech and freedom of conscience at the Supreme Court,” Alliance Defending Freedom (ADF), which is representing NIFLA in the case, wrote in an email alert Monday morning. “And a victory could protect pro-life pregnancy centers nationwide from becoming forced mouthpieces for Big Abortion’s message of death.”

The law, which was pushed through on a strictly party-line vote from state Democrats and signed into law by Gov. Jerry Brown, withstood the scrutiny of the Ninth Circuit Court of Appeals last October. The Ninth Circuit, however, has a reputation as the nation’s most-reversed court, with as many as 86 percent of its cases getting overturned by the Supreme Court in a single year.

While it has only been enforced in one jurisdiction—the City of Los Angeles—the law has since served as a template for a 2017 mandate in Hawaii, which would likely be affected by the Supreme Court’s forthcoming decision.

In July, a judge in Illinois placed a statewide preliminary injunction on a 2016 law that would have forced medical professionals—including pro-life doctors, nurses and pregnancy center personnel—to refer patients to abortion businesses.

“California's threat to pro-life pregnancy care centers and medical clinics counts among the most flagrant violations of constitutional religious and free speech rights in the nation,” Thomas Glessner, J.D., president of NIFLA said in a statement Monday. “The implications of the Supreme Court's decision in this case will reverberate nationwide, to similar unconstitutional laws in Illinois and Hawaii.”

Targeting over 100 state-licensed medical facilities that offer free ultrasounds—none of which receive any government funding—California’s law orders the pro-life organizations to prominently post and distribute the following notice.

The penalty for noncompliance is $1,000 for a first-time offense, and $500 for subsequent offenses.

“California has public programs that provide immediate free or low-cost access to comprehensive family planning services (including all FDA-approved methods of contraception), prenatal care, and abortion for eligible women. To determine whether you qualify, contact the county social services office at [insert the telephone number].”

Meanwhile, pregnancy centers that do not offer free medical services such as ultrasounds must post the following disclaimer “conspicuously at the entrance to the facility” “in no less than 48-point type”:

“This facility is not licensed as a medical facility by the State of California and has no licensed medical provider who provides or directly supervises the provision of services.”

Originally introduced by state assemblyman David Chiu—a Democrat who targeted pregnancy centers in San Francisco prior to moving to the statehouse—the law pro-lifers have tagged as a “Bully Bill” was backed by abortion activist group NARAL Pro-Choice California, whose director has stated openly that she would ban pro-lifers' free speech directly if given the chance.

Similar laws forcing pregnancy centers to post signage denigrating their own services have been struck down in New York City and Baltimore, as well as Austin (TX) and Montgomery County (MD), which eventually was ordered to pay pregnancy centers $330,000 in attorney's fees.

“It’s time for political leaders stop using government positions to shill for the special interest that is Big Abortion,” Jor-El Godsey, president of Heartbeat International—which serves 71 affiliated local pregnancy centers, including 33 that offer medical services, in California and 2,400 overall—said. “We’re praying this will be a turning point in our struggle to make sure every woman has the chance to choose life for her child. No woman should ever feel so alone or coerced—either by a person, circumstance or an unjust law such as this—that she resorts to abortion.”