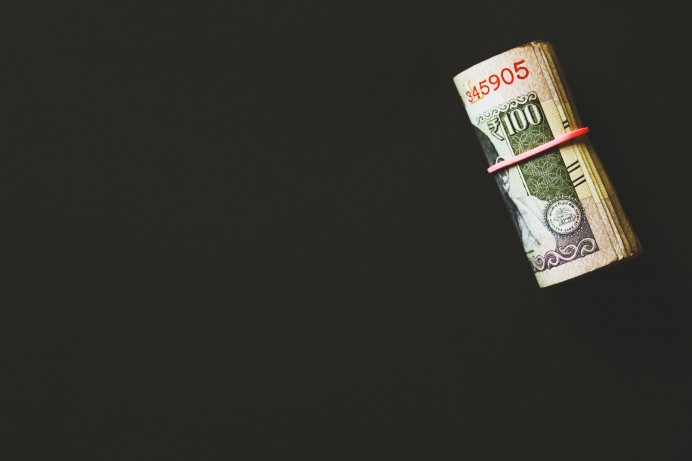 The Biden Administration continued its fervent defense of abortion this week, following-up earlier threats toward the state of Texas over the state’s fetal heartbeat law with a Department of Justice lawsuit to stop the pro-life law.

Attorney General Merrick Garland said at a press conference announcing the DOJ lawsuit Thursday that the Texas Heartbeat Act was unconstitutional. The suit was filed in federal court in Texas, the AP reports, asking a federal judge to declare the heartbeat law invalid, and “to enjoin its enforcement, and to protect the rights that Texas has violated.”

Pregnancy help advocates welcome the pro-life heartbeat law, and have come to expect abortion advocacy from the Biden administration, one leader pointing to the administration’s favor for the abortion lobby, and the nation’s largest abortion business, Planned Parenthood, having spent some $45 million to back Democrats in the 2020 elections.

"The DOJ action is clearly payback to Planned Parenthood for their $45 million dollars in campaign help in the 2020 election,” said Jor-El Godsey, president of Heartbeat Intentional. “It looks like Big Abortion's puppet politicians are muscling in so they can protect profits rather than babies with a distinctive heartbeat."

The Texas Heartbeat Act, or SB 8, bans abortion once a fetal heartbeat detected, typically around six weeks into pregnancy, and allows exceptions for danger to the life of the mother. Abortion proponents often try to dispute that a fetal heartbeat exists. However, in addition to a heartbeat, children in the womb at six weeks have blood vessels forming into their circulatory system and their brain and spinal cord are beginning to develop.

The heartbeat law stipulates enforcement by Texas citizens, via civil action, versus by the state. Pregnant woman seeking abortion cannot be sued under the law. The citizen enforcement element is intended to make it more difficult to block the law in court.

The law was signed in May of this year and went into effect Sept. 1, as the Supreme Court denied a request that same day from abortion providers to block the law.

Planned Parenthood was among the applicants seeking an emergency stay on the law from the Supreme Court, and also obtained a restraining order blocking Texas Right to Life from acting to enforce the heartbeat law.

In the wake of the SCOTUS decision not to enjoin the law other states with pro-life leadership have indicated they would explore similar legislation, and abortion apologists have been seething since.

Abortion supporters have called the law such things as the new “Talibanism” and “hatred of women.”

Texas Right to Life reported threats of violence and a cyber attack and protesters have shown up at the pro-life group’s headquarters, a report from National Review said.

The most pro-abortion in history

Biden said in a statement the day the heartbeat law went into effect that the law was extreme and claimed it violated the “constitutional right” to abortion. Biden stated that his administration is “deeply committed” to protecting and defending abortion access.

Then, after the Supreme Court declined to grant the petition to block enforcement of the law, Biden assailed the Court, calling the ruling “an unprecedented assault on a woman’s constitutional rights” to abortion. He said the SCOTUS was letting “millions” of Texas women suffer while the case is litigated.

Biden went on to warn of a "whole-of-government effort" in response to the Texas law being upheld, enlisting the White House Counsel, the Departments of Health and Human Services and Justice, and the Gender Policy Council - created to advance abortion and gender ideologies via the federal government - to act.

The Biden presidency was expected by pro-life advocates to be the most pro-abortion in history. The first eight months have seen that actualized with unparalleled spending of taxpayer dollars on abortion, repealing the many pro-life actions of the previous administration, efforts to eliminate the Hyde Amendment from the federal budget, extreme pro-abortion cabinet appointments, and neglecting to enforce the FDA’s safety standards for chemical abortion.

Five days after the Texas heartbeat law went into effect Garland issued a statement on September 6 implying a threat of attack on abortion centers by pro-life advocates because of the law.

Garland also threatened “criminal and civil enforcement of the FACE Act,” the Freedom of Access to Clinic Entrances Act signed into law in 1994 by Bill Clinton. While widely accepted as targeting pro-life protests, the FACE Act does not prohibit peaceful picketing or other peaceful demonstration.

Without substantiation of a threat or proper judicial review of the Texas law, in a pledge of protection for the administration’s abortion allies Garland promised to invoke the FACE Act, stating:

“The department will provide support from federal law enforcement when an abortion clinic or reproductive health center is under attack. We have reached out to U.S. Attorneys’ Offices and FBI field offices in Texas and across the country to discuss our enforcement authorities.

“We will not tolerate violence against those seeking to obtain or provide reproductive health services, physical obstruction or property damage in violation of the FACE Act.”

While the Biden administration issues threats and lawsuits, pregnancy help organizations and the state of Texas have continued to provide extensive support to women who find themselves in an unexpected pregnancy.

"The federal government should be mobilizing help for pregnant women in Texas,” Godsey said. “Instead, the U.S. Attorney General, Merrick Garland, is marshaling federal law enforcement to protect abortion clinics from imagined violence.”

Pregnancy help organizations (PHOs) served almost two million people in the U.S. in 2019 alone, according to the findings of the Charlotte Lozier Institute (CLI), providing hundreds of millions of dollars in essential medical, education and support services. Those numbers reflected growth from the previous 2017 report.

PHOs offer medical services such as free pregnancy tests, ultrasounds, and STI testing. PHOs also assist with obtaining healthcare coverage, clothing, and supplies, and referrals for many other resources.

Of Heartbeat's nearly 3,000 affiliated pregnancy help locations worldwide, there are more than 1,700 pregnancy help service providers in the U.S., with roughly a tenth of those in Texas.

Additionally, Heartbeat International’s bilingual contact center, OptionLine, which has helped millions of women, is available 24/7/365 to connect women with their local pregnancy help network and answer the calls from women when those centers are closed.

Heartbeat’s Worldwide Directory of Pregnancy Help, an online directory of life affirming service providers across the world, also gives pregnancy help provider locations, connecting those looking for help with those who provide help.

The Texas legislature has also acted to protect women and families in need.

Earlier this year the Texas House approved a $20 million increase in funding for pregnancy centers, adoption agencies and maternity homes. The lawmakers ultimately voted to invest a total of $100 million over the next two years into the Texas Alternatives to Abortion program, which supports agencies that provide services to women in need.

The pro-abortion statements and actions by the Biden administration - carried out amid Texas offering services and funding to help support women and families and the immeasurable support available from PHOs - show the administration gives precedence to abortion.

They also underscore the crucial need for pregnancy help.

And as pro-life and pregnancy help advocates persist in serving women, hope is found in the lives saved each day thanks to the Texas heartbeat law.

“Meanwhile, the pregnancy help movement was called into existence to help with women solve real problems that force them into abortion decisions” said Godsey. “The faithful, compassionate witness of those on the sidewalk and in the pregnancy help centers is very much 'for such a time as this.'"

Tweet This: "The pregnancy help movement was called into existence to help with women solve real problems that force them into abortion decisions”