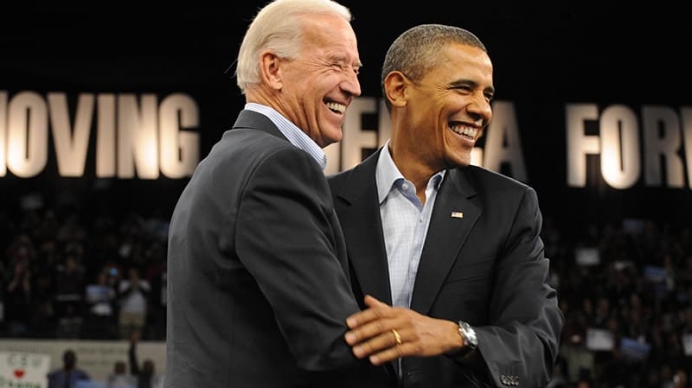 (The Daily Signal) President Joe Biden has funneled nearly 20 times as much taxpayer money to the abortion industry as Barack Obama had at this point in his presidency, according to an analysis by a leading pro-life organization.

In office for only four months, Biden has directed almost $500 billion in federal funding to the abortion industry through legislation and executive action, in some cases bypassing longstanding restrictions that prevented taxpayer dollars from directly paying for abortion.

Tweet This: In office for only 4months, Biden has directed almost $500B in federal funding to the abortion industry via legislation & executive action

Of that total, up to $386.7 billion could directly fund abortion, according to the Family Research Council, a Washington-based research organization focused on traditional values.

This puts Biden on course to be the most pro-abortion president in U.S. history, said Connor Semelsberger, director of federal affairs for life and human dignity at the Family Research Council, which did the analysis.

Language such as the Hyde and Helms amendments imposed years earlier by Congress didn’t prevent taxpayers’ money from going to the abortion industry. But Planned Parenthood previously could not use the federal funds for abortion—and could target it only for other health care or overhead issues. Exempting spending from these restrictions allows tax dollars to be used directly for abortions.

“The American Rescue Plan contains an astounding range of funding streams that lack pro-life protections,” said Melanie Israel, a policy analyst in the DeVos Center for Religion and Civil Society at The Heritage Foundation, the parent organization of The Daily Signal.

During the debate over the American Rescue Plan, Reps. Jackie Walorski, R-Ind.; Cathy McMorris Rodgers, R-Wash.; and Virginia Foxx, R-N.C., offered an amendment similar to the Hyde Amendment to prevent the bill from funding abortions. This amendment gained 203 co-sponsors, but was voted down by the House’s Democratic majority.

In addition to spending in the “stimulus” bill, Biden’s executive actions have provided another $12.1 billion to the abortion industry.

During the pandemic, however, Planned Parenthood clinics throughout the United States also got such loans during the Trump administration.

Tweet This: Pres. Joe Biden has funneled nearly 20X as much taxpayer$ to the abortion industry as Barack Obama had at this point in his presidency - FRC

For context, Obama, the first president to address a Planned Parenthood gathering and labeled by pro-life critics as the most pro-abortion president ever, got off to a more modest start.

During his first 100 days in office, Obama also urged passage of a major “stimulus” spending bill. That measure, however,  included much less—$24.7 billion—in subsidies for employer-sponsored plans that cover abortion.

Obama’s $800 billion American Recovery and Reinvestment Act cost taxpayers less than half of what the bill Biden signed will.

“Obama comes in in 2009 as a young Democratic president with an economic stimulus,” the Family Research Council’s Semelsberger said. “That bill only included abortion coverage through COBRA payments. Even then, it would cover 65-70%. Under Biden’s COVID relief bill, it covered 100% in addition to what else he has spent.”

The Biden stimulus subsidizes 100% of the cost of COBRA, which covers the cost of health care premiums for the newly unemployed to remain on employer-sponsored health plans.

Many of these plans cover abortion. Congress’ Joint Committee on Taxation estimates these subsidies will cost $35 billion.

In breaking down the $459 billion for abortion included in Biden’s stimulus bill, the Family Research Council cites several funding avenues, including direct funding for abortions and money for abortion lobbying overseas.

Funds from the American Rescue Plan that could be used to pay for abortion directly include $350 billion for state and local governments that don’t have guardrails against funding abortions. This money is tilted toward blue states such as California and New York, according to Family Research Council.

As passed, the American Rescue Plan also includes $8.5 billion that could be used to fund Planned Parenthood; $7.6 billion for public health workers; and $7.6 billion for community health centers.

Family Research Council notes that about $704 million could subsidize abortions overseas. This includes $500 million in humanitarian grants to the United Nations that lack Helms Amendment protections to prevent the U.N. from using the money to pay for abortions.

Moreover, about $10 billion could be used overseas to lobby in favor of abortion. The bulk of that, $8.7 billion, is aimed at contraception and sterilization and could go to entities such as International Planned Parenthood Federation and MSI Reproductive Choices, according to Family Research Council.

At home, $81.7 billion will go to health plans that cover abortion and $50 million to the Title X family planning program that could be directed to Planned Parenthood and other abortion businesses that previously withdrew because of the Trump administration’s pro-life changes.

Neither the White House nor the Department of Health and Human Services responded to inquiries for this report.

Planned Parenthood Federation of America also did not respond to a request for comment.

Biden’s executive actions also opened up $12.1 billion in funding for abortion—mostly outside the United States.

In the past four years, reproductive health, including the right to choose, has been under relentless and extreme attack. We are deeply committed to making sure everyone has access to care—including reproductive health care—regardless of income, race, ZIP code, health insurance status, or immigration status. The Biden-Harris administration is committed to codifying Roe v. Wade and appointing judges that respect foundational precedents like Roe.

Biden’s executive order also withdrew the U.S. from the Geneva Consensus Declaration, a U.S.-led agreement among 34 countries that declared abortion is not an international human right and shouldn’t be promoted as a method of family planning. The order took steps to resume funding for the United Nations Population Fund, which promotes abortion.

In April, the HHS Office of Population Affairs published a proposed rule to rescind the Trump administration’s Protect Life Rule governing Title X by the end of the year. This was in response to Biden’s Jan. 28 executive order.

That same month, the Food and Drug Administration stopped enforcing federal regulations that require chemical abortion pills to be dispensed in person.

Tweet This: Biden’s executive actions in the first 4 months have also opened up $12.1 billion in funding for abortion—mostly outside the United States