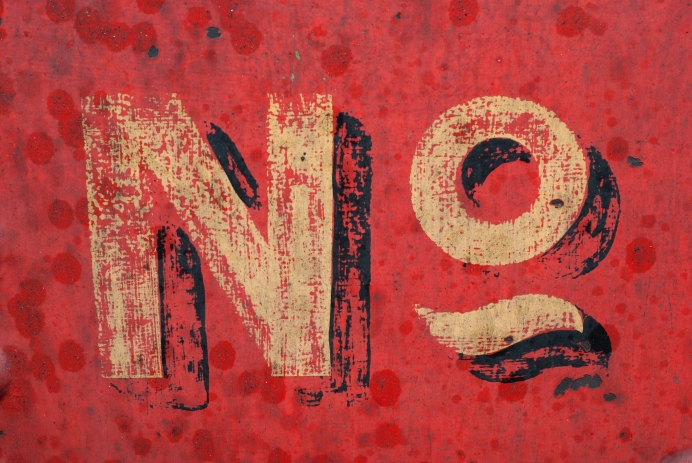 Heartbeat, others urge U.S. Senators to say “No” to “radical” pro-abortion Becerra as HHS Secretary

Heartbeat International is firmly objecting to the nomination of Xavier Becerra for Secretary of Health and Human Services, joining with the many pro-life organizations standing for life as confirmation hearings approach for President Joe Biden’s fervently pro-abortion pick.

Heartbeat has submitted a letter against the nomination to be read into the Congressional Record this week during Becerra’s confirmation hearing, and created a corresponding website, NoBecerra.org, which allows pro-life supporters to add their name in opposition to the nomination.

Heartbeat International, the world's largest network of pregnancy help centers, began the letter with the reminder that every woman who faces unexpected pregnancy deserves love and support. Heartbeat’s nearly 3,000 affiliate pregnancy help organizations work to provide hope and help to these women and their families, the letter says, “because no woman should feel alone, coerced, or so hopeless that she ends her child’s life through abortion.”

"While opinions regarding the legality of abortion may differ, everyone should agree that it is a good thing to empower women so that they never feel that their only choice is to end the life of their unborn child," Heartbeat’s letter to Congressional leaders states in part. “It is indicative of Mr. Becerra's extreme position on abortion that he would attempt to shut down those who are merely providing help and hope to women and families.”  It then recaps some of the numbers detailing how in the most recent recorded year, pregnancy centers nationwide served close to 2 million people with free services.

Tweet This: Everyone should agree that it's a good thing to empower women so they never feel their only choice is to end the life of their unborn child

Becerra’s record as a former congressman and current attorney general of California is one of decades-long strident abortion support and animus toward the right to life.

Notable on the list of anti-life action in Becerra’s past for the pregnancy help community is his part in the NIFLA v. Becerra case, where, as California AG, he sought to force pro-life pregnancy help organizations to intentionally point pregnant women toward abortion facilities, violating these organizations’ conscience and undermining their very purpose.

“The approval of Mr. Becerra for Secretary of Health and Human Services would be devastating to the thousands of grassroots volunteers and staff who daily champion life-affirming choices that he sought to muzzle,” Heartbeat’s letter states.

Becerra is set to appear before two U.S. Senate committees at his confirmation hearings this week, the Committee on Finance, and the Committee on Health, Education, Labor & Pensions. The groups will either vote to forward Becerra’s confirmation to the full Senate favorably, unfavorably or minus a recommendation. They could also opt to take no action on the confirmation.

Biden nominated Becerra to head the HHS office in December.

Becerra’s nomination met with immediate opposition among pro-life groups, who described his support for abortion “vehement” and “aggressive,” and even then urged the Senate to reject the nomination.

Becerra has a history of using the power of his elected office to push abortion, the pro-life groups pointed out, also noting Becerra’s lack of healthcare administration experience.

The groups expressed grave concerns about Becerra’s opposition to conscience rights and hostility toward religious freedom pertaining to abortion and contraception.

Similarly, on Monday, a group of more than 60 national and state pro-life leaders sent a letter to the ranking members of the two Senate committees, pressing them to reject Biden’s HHS nominee. Heartbeat was a part of that initiative as well.

“Mr. Becerra is an enemy to every pro-life policy and law and has demonstrated complete disregard for the religious and moral convictions of those opposed to the brutal act of abortion,” the coalition letter states in part. “His radical record in public office as California’s Attorney General and member of Congress leads our organizations to ask you to reject Mr. Becerra’s nomination.”

“Mr. Becerra’s confirmation would be divisive and a step in the wrong direction,” it continues. “We understand that the president needs to assemble a cabinet; however, Mr. Becerra has proven himself to be an enemy of the health of women and the unborn. He cannot be entrusted with our national health programs and policies and is not qualified to serve as Secretary of Health and Human Services.”

Pro-life groups have continually pointed to Becerra’s rabid pro-abortion record in sounding the alarm against his nomination to head HHS.

Both in Congress and as California’s attorney general, Becerra sought to force taxpayers to pay for abortion on-demand to subsidize the abortion industry.

As AG in California, he attempted to coerce pro-life people of faith into complicity with abortion via their health care, including the Little Sisters of the Poor.

He also refused to comply with federal laws against imposing abortion coverage in insurance while California’s AG.

Following in the footsteps of now VP Kamala Harris, his predecessor as California’s chief law officer, Becerra resumed felony charges against the pro-life citizen journalists at the Center for Medical Progress (CMP) for exposing Planned Parenthood’s role in the harvest and trafficking of baby body parts.

Live Action founder and President Lila Rose had tweeted about Becerra’s nomination when it was announced, “In picking Xavier Becerra, @JoeBiden shows that not only will he force taxpayers to fund the slaughter of preborn children at the will of their parents (repeal of #Hyde), but he supports the prosecution of Americans who dare to expose the unprecedented evils of Planned Parenthood.”

Susan B. Anthony List has a comprehensive accounting of Becerra’s record HERE.

SBA List President Marjorie Dannenfelser said of the Becerra’s nomination, “President Biden could not have picked a more eager pro-abortion activist to head HHS and we urge senators to reject his nomination.”

Operation Rescue (OR) opposes the nomination as well.

“Becerra is a known abuser of the Constitutional Rights of pro-life supporters and the God-given right to life of babies in the womb,” said OR President Troy Newman, who was involved with CMP’s undercover investigation in an advisory capacity. “He has protected his friends at Planned Parenthood from accountability under the law, while they continue to dismember babies then sell their tissues and organs to the highest bidder.”

“Joe Biden is pushing a man Planned Parenthood has called their "champion" to be the next Secretary for Health and Human Services,” Brown told supporters via email. “Becerra is a dangerous man, not just to religious freedom but to the babies. Planned Parenthood's "champion" is the last person we need in Washington.”

Priests for Life is urging supporters to contact their Senators in opposition to the nomination, National Director Father Frank Pavone telling them, “there are few more committed abortion ideologues in the nation than Becerra.”

Students for Life of America is conducting a campaign for a “no” vote on Becerra.

“On the issue of abortion, Xavier Becerra has a decades-old track record of siding with the abortion lobby whenever possible and using the power of whatever office he is in to try and force others to share his enthusiastic support of abortion up until the moment of birth,” the group’s President Kristan Hawkins said in a report from The Christian Post.

The National Right to Life Committee, in its own letter, said, "Not only does Mr. Becerra lack meaningful healthcare experience, but he would also use this office to impose his ideology on matters related to abortion and other right to life concerns, among others."

"Mr. Becerra’s primary qualification seems to be that he is an abortion activist," NRLC said. "Placing someone, at this time, as head of the Department of Health and Human Services who has no healthcare experience is a reckless and dangerous recipe for disaster."

Kristen Day, executive director of Democrats For Life of America, tweeted, “Xavier Becerra should not be the next HHS Secretary. It is divisive and not politically smart for building unity. @POTUS please pull the nomination and put someone at HHS that does not have an abortion expansion agenda.”

“We implore you to reject the nomination of Xavier Becerra,” the Heartbeat International letter to the two Senate committees said. “Surely there is someone less beholden to the lobbyists of the abortion industry and more qualified to truly lead the Health and Human Services department.”

Click HERE to add your name to the Heartbeat letter.