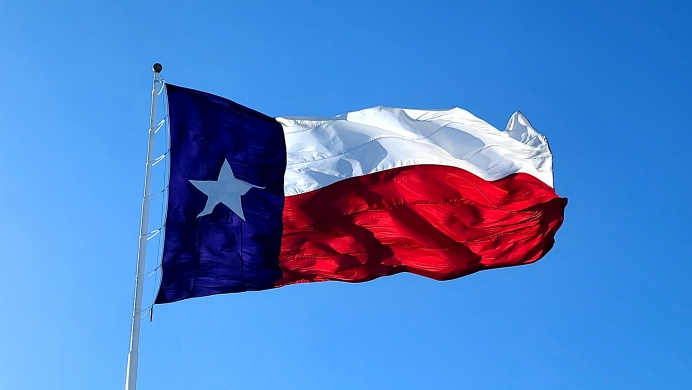 (Life News) Texas appears likely to become the first state in America to be allowed to enforce a law banning abortions once an unborn baby’s heartbeat is detectable.

In a huge victory for life, on Sunday, the Fifth Circuit Court of Appeals canceled a Monday hearing on a lawsuit to block the law, Newsmax reports.

That means, at least for now, the law will go into effect, as planned, on Wednesday – and potentially save more than 100 babies from abortion every single day.

The Texas heartbeat law, which Gov. Greg Abbott signed in May, prohibits abortions once an unborn baby’s heartbeat is detectable, typically about six weeks of pregnancy. Exceptions are allowed if the mother’s life is at risk. Unique from other heartbeat laws, the Texas legislation includes a private enforcement mechanism that allows people to file lawsuits against abortionists who violate the law.

The law has the potential to save tens of thousands of lives. In 2019, more than 56,600 unborn babies were aborted in Texas, and about 85 percent happened after six weeks of pregnancy, according to state health statistics.

Tweet This: The Texas Heartbeat Act has the potential to save tens of thousands of lives.

Earlier this summer, a group of more than 20 abortion practitioners, including Planned Parenthood and Whole Woman’s Health, filed a lawsuit asking a court to block the law from going into effect. That hearing was scheduled for Monday before a federal district judge, but the Fifth Circuit Court of Appeals denied the groups’ request and canceled the hearing, according to the report.

About a dozen other states also have passed heartbeat laws, but courts have blocked the states from enforcing them, citing Roe v. Wade.

A Planned Parenthood spokesperson told the Texas Tribune that they will follow the law if it goes into effect.

However, some abortionists are rushing to abort unborn babies before Wednesday. According to the Tribune:

Marva Sadler, one of the named plaintiffs in the abortion providers’ lawsuit and senior director of clinical services for Whole Woman’s Health, said the appellate decisions make it much more likely SB 8 will go into effect Sept. 1.

On Sunday, she said she was rushing to her organization’s clinic in Fort Worth, where at least eight patients were seeking abortions before they become illegal.

Marc Hearron, senior counsel at the pro-abortion Center for Reproductive Rights, said the weekend decision means abortions “will come to an abrupt stop” in Texas and “push abortion out of reach for as many Texans as possible.”

Pro-life advocates celebrated the news, noting that babies’ lives will be saved.

“The Texas Heartbeat Act will take effect Wednesday, September 1! This means that abortions in Texas will be illegal after the baby’s heartbeat is detectable! Help spread the word!” Texas Right to Life wrote on social media over the weekend.

Along with passing the heartbeat law this spring, state lawmakers also increased support to help pregnant and parenting mothers and babies, ensuring that they have resources to help them choose life. Among other things, they voted to invest $100 million into the Texas Alternatives to Abortion program, which provides free counseling, parenting classes, diapers, formula, job skills training and more.

What will happen in court in the coming weeks remains uncertain. A hearing on a second lawsuit filed by pro-abortion attorneys to block the law also is scheduled to be heard Monday.

But pro-life advocates have strong hopes that the pro-life law ultimately will be upheld as constitutional and the state will be allowed to protect babies in the womb.

The private enforcement provision in the Texas law is similar to language in the Sanctuary City for the Unborn ordinances that are passing at the city level, and pro-life leaders believe the law is more likely to withstand a legal challenge and save babies’ lives.

A Texas judge recently threw out Planned Parenthood’s lawsuit against a similar provision at the local level, the Lubbock Sanctuary City for the Unborn ordinance.

Polls show Americans support heartbeat laws, too. An April poll by the University of Texas-Austin found that Texans support a six-week abortion ban. According to the poll, 49 percent support making abortions illegal after six weeks of pregnancy, while 41 percent oppose it.

In 2019, a national Hill-HarrisX survey also found that 55 percent of voters said they do not think laws banning abortions after six weeks – when an unborn baby’s heartbeat is detectable – are too restrictive. Gallup polls consistently find that a majority of Americans think all or most abortions should be illegal.

In 1973, the U.S. Supreme Court took away the states’ ability to protect unborn babies from abortion under Roe v. Wade, and instead forced states to legalize abortion on demand. Roe made the United States one of only seven countries in the world that allows elective abortions after 20 weeks. The court is scheduled to hear a Mississippi case in the fall that challenges this precedent.

Editor's note: This article was published by LifeNews and is reprinted with permission.