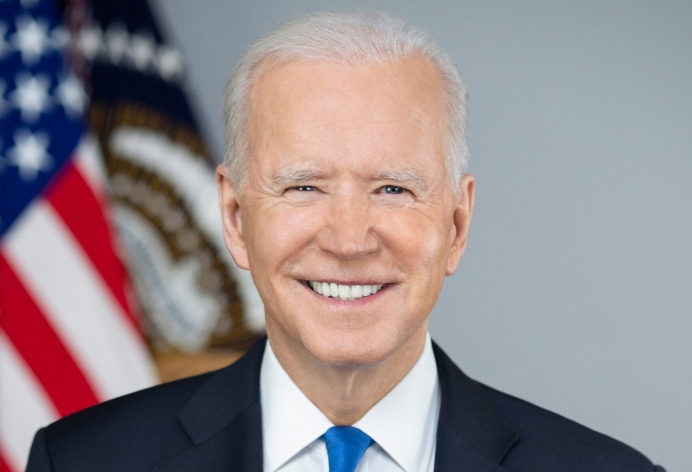 Biden, who had supported the Hyde Amendment for decades until last summer when he reversed his stance to oppose the Amendment while running for president, released his proposed $6 trillion FY22 budget on Friday, May 28.

Since it was first enacted in 1976, the Hyde Amendment, which bans the use of federal funds for almost all abortions, has saved an estimated more than 2.4 million lives, according to statistics from the Charlotte Lozier Institute (CLI), and the Amendment regularly saves more than 60,000 lives in the U.S. A 2021 Marist/Knight of Columbus poll found that roughly 6 in 10 Americans oppose using tax dollars to pay for abortions.

Elimination of the Hyde Amendment would allow taxpayer funding for abortion on demand through Medicaid, Medicare disability, and other programs funded through the Labor and Health & Human Services appropriations bill.

Even prior to release of the budget the Biden administration had proved to be the most strident of pro-abortion presidents, according to figures from the Family Research Council (FRC). Since taking office four months ago, Biden has directed almost 20 times as much taxpayer money to the abortion industry as Barack Obama had at this point in his presidency, the group said.

Biden has funneled almost $500 billion in federal dollars to the abortion industry through legislation and executive action, FRC said, and of that total, up to $386.7 billion could directly fund abortion.

More than 60 pro-life organizations had written to congressional leadership the day before the Biden budget was released urging protection of the Hyde Amendment and other longstanding pro-life riders during the appropriations process.

Nonetheless, Hyde was cut from Biden’s budget, and more than a dozen other provisions in the budget open the door to abortion expansion, funding the abortion industry and other anti-life activities.

“By eliminating the Hyde Amendment from his proposed budget, President Biden has once again shown his allegiance to the extremism of pro-abortion groups and their allies,” National Right to Life President Carol Tobias said in a statement. “This budget proposal is a scorched earth campaign by pro-abortion Democrats who are marching hand in hand with the most extreme demands of the abortion industry to eliminate all limitations on abortion as well as require taxpayer funding of abortion.”

Tweet This: "By eliminating the Hyde Amendment Pres. Biden has once again shown his allegiance to the extremism of pro-abortion groups and their allies”

Live Action President Lila Rose said on Twitter that the Biden budget’s elimination of Hyde and thus forcing taxpayers to pay for abortion was horrifically wrong.

“The Biden administration has proposed a budget today that forces taxpayers to directly fund abortions,” Rose tweeted. “Abortion is the leading cause of death in America. This is a horrific injustice.”

Live Action tweeted denunciation of the proposed budget that will force Americans to fund abortion.

“If passed,” the group said, “Biden & lawmakers will have blood on their hands as they buck decades of bipartisan policy to fund abortions.”

Recent polling has shown that 77% of Americans oppose the use of taxpayer funds to promote abortion overseas, according to national pro-life group Susan B. Anthony List (SBA List), and 58% oppose using taxpayer dollars to fund abortions inside the U.S.

“For more than four decades, the Hyde family of pro-life policies has kept American taxpayers out of the abortion business, with the Hyde Amendment itself saving nearly 2.5 million lives,” said SBA List President Marjorie Dannenfelser. “The Biden budget throws that longstanding, bipartisan consensus out the window to fulfill a campaign promise to the radical abortion lobby.”

“Once a supporter of policies that protect the lives of the unborn and their mothers, President Biden today caters to the most extreme voices within his party,” Dannenfelser continued. “The majority of Americans remain opposed to taxpayer-funded abortion. We urge our congressional allies to be fearless in fighting to preserve the common-ground Hyde principle and to reject any budget that omits vital pro-life protections.”

SBA List’s website, Hyde Saves Lives, offers scientific, legal, and academic resources on the Hyde Amendment and the other roughly two dozen related federal policies that are at risk from the Biden-Harris administration.

“Well, this past Friday President Biden released a budget that omits the Hyde Amendment,” New said. “He supports taxpayer funding of abortion. “Pro-lifers noticed! We need to spread the word!”

Joe Biden once said, "Don’t tell me what you value, show me your budget, and I’ll tell you what you value." Sadly, this administration does not value human life nor does it represent the wishes of mainstream America on such a critical issue.

The chairman of the U.S. Conference of Catholic Bishops’ Committee on Pro-Life Activities “expressed deep concerns” in a statement about the Biden budget’s proposed elimination of the Hyde Amendment and other pro-life provisions.

“Taxpayer-funded abortion represents a failure to serve women in their maternity by funding despair and death instead of hope and life,” stated Archbishop Joseph Naumann of Kansas City, Kansas.

“These resources would be far better spent supporting women in crisis pregnancies and struggling new mothers so that no woman ever feels economic pressure to have an abortion,” he said.

“All women deserve the resources to enable them to fully care for and nurture their baby, to welcome them in a loving, stable environment,” Naumann said, his comment highlighting the work of the pregnancy help movement. “These resources would be far better spent supporting women in crisis pregnancies and struggling new mothers so that no woman ever feels economic pressure to have an abortion.”

Naumann said while parts of the proposed budget would assist vulnerable people, "Congress must reject the Administration’s proposal to subsidize the deaths of unborn children."

• Elimination of the Dornan Amendment, allowing the District of Columbia to fund abortions through its Medicaid program. When the Dornan amendment was previously stripped in the FY2010 budget, the District subsidized 300 abortions via Medicaid.

• Providing for a 19% increase in funding for the Title X family planning program by $53.521 million to $340 million from $286.479 million. It is expected that after the Biden administration finalizes its new Title X rules this will be a fund for Planned Parenthood and the abortion industry.

• Making permanent the expanded Obamacare premium tax credits, which subsidize abortion coverage, under the American Rescue Plan Act, along with creation of an ostensible “public option” for a government-run health insurance plan available through the Obamacare exchanges. Biden had promised during the campaign that any public option would cover abortion on demand.

• Increasing the funding floor earmark for international family planning and/or reproductive health by $8.7 million to $583.7 million from $575 million. This fund would for international pro-abortion organizations including the International Planned Parenthood Federation and Marie Stopes International (now calling itself MSI Reproductive Choices), which will now get these funds because Biden rescinded the Protecting Life in Global Health Assistance Policy.

• Providing for a 72% increase in funding for the United Nations Population Fund (UNFPA) by $23.5 million to $56 million from $32.5 million. The UNFPA promotes abortions around the world and supports China’s forced abortion and sterilization policies.

• Elimination of conditions on U.S. funds to the UNFPA, including requirements that the UNFPA not fund abortions and funds not be directly used for China’s country programs.

• Replacing the Women’s Global Development and Prosperity Fund, which had been launched in 2019 to advance global women’s economic empowerment, with the ideologically-fashioned, “Gender Equity and Equality Action Fund.”

• Elimination of the Helms Amendment application to the Complex Crises Fund in support of programs to respond to overseas’ crises, which could allow these funds to go toward abortions.

• Expanding the HIV/AIDS Working Capital Fund (WCF) to involve pharmaceuticals and other global health activities products, to include contraceptives, and with funds from non-U.S. Government donors, potentially include abortion-related commodities.

• Expansion of authority to bypass country prohibitions to include global health activities to include contraceptives.

• Elimination of provisions which remove time limitations on embryo storage for IVF procedures funded by the Department of Defense.