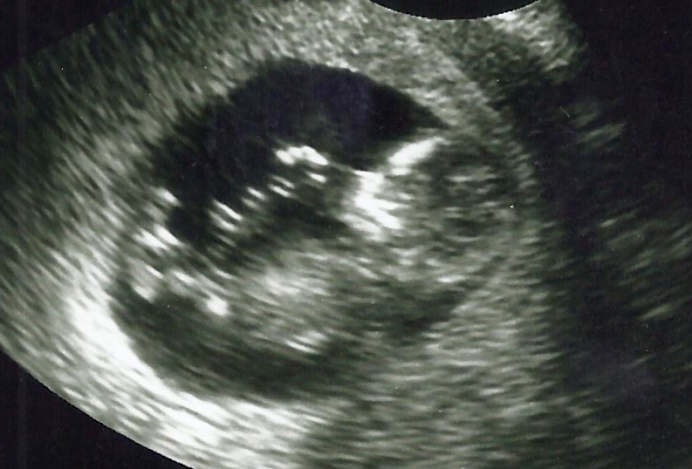 The incident involving a 10-year-old rape victim transported from Ohio to Indiana for an abortion earlier this year has been exploited from all corners of the abortion lobby. From U.S. President Joe Biden, across the abortion affirmative media and beyond, the case has been used to promote abortion access. Perhaps the most glaring example has been the individual who performed the abortion on the girl, abortion Dr. Caitlin Bernard.

With many twists and turns, the story continues to play out with questions as to how many ways adults could fail a young girl in their care - especially those who purport to be about empowering women with so-called “choice.”

Following the Dobbs decision reversing Roe v. Wade, the story of the 10-year-old girl who had been raped and impregnated appeared to provide the exact scenario the abortion industry needed to assert that laws regulating abortion are harmful to women.

It has been just one part of an ongoing, dangerous, and irresponsible pro-abortion misinformation campaign since Dobbs.

Manipulating photos in order to tell lies about fetal development.

A smear campaign of falsehoods toward state abortion laws to cause women to believe these laws are aimed at those seeking abortion rather than abortion providers.

Even the most ridiculous claims are repeated to cast doubt on the science of fetal development.

All these narratives put forth with reckless disregard for the anxiety being leveled on women.

Perpetrating redefinition of medical terms to serve the goal of creating chaos.

All with a blatant disregard for the humanity of the unborn.

Attacks on those grieving loss due to miscarriage by associating it with abortion bans which have no connection to the treatment of pregnancy loss.

This campaign is complete with the full force of media giants acting as the propaganda machine of the abortion industry.

All these attacks summed up are a glimpse into the depths of evil surrounding the pro-abortion agenda; an agenda in which the young rape victim from Ohio was swept up and for which she was used.

The thoroughly hammered narrative of her situation was geared for fullest possible impact, lasting through several news cycles. Unified in their messaging, the abortion-supportive media consistently concluded the overturn of Roe meant children were in danger.

What was missing from the biased effort was curiosity over the home situation of the 10-year-old girl or who had raped her. Was she even safe? Had the perpetrator been caught?

The abortion was performed on the young girl in late June, according to reports, and the story went viral in the beginning of July.

The child was a resident of Ohio where the state’s heartbeat law had taken effect, and while this was used as the reason for her to be transported to Indiana for an abortion, the girl did not need to leave the state to have an abortion as Ohio law still allows for abortion in medical emergencies.

So, who took her to Indiana for an abortion, and how did Bernard, a vocal proponent of abortion, come to be chosen to provide the abortion? Part of the controversy hinges on the victim’s privacy rights being violated - and it was her abortion provider that brought her into the spotlight.

Tweet This: The incident involving a 10-year-old rape victim transported from Ohio to Indiana for an abortion has been exploited by abortion apologists.

Following the abortion at the end of June on July 12 Ohio Attorney General Dave Yost remarked in an interview that no rape cases had been filed in the state, calling the story into question.

“The bottom line is: It is a crime if you’re a mandated reporter to fail to report,” Yost said. “It’s also the fact that in Ohio, the rape of a 10-year-old means life in prison. I know our prosecutors and cops in this state. There’s not one of them that wouldn’t be turning over every rock in their jurisdiction if they had the slightest hint that this occurred.”

Finally, the report of the alleged rapist’s arrest came the next day with the narrative now fully shaped into this child being “forced” to travel from Ohio to Indiana to procure an abortion.

Yost also clarified that the narrative was false since Ohio law allows exceptions for medical emergencies.

More importantly, the delay in the reporting of the rape could have possibly exposed her to further abuse.

Indiana Attorney General Todd Rokita stated regarding the delayed reporting of this abuse, “Here, only Indiana authorities could have possibly stopped this little girl from being sent home to endure possible future harm by her alleged rapist.”

Rokita filed Administrative Action against Bernard with the Indiana Medical Licensing Board. Two violations were cited, the first being her failure to uphold the Hippocratic Oath which includes respecting the privacy of patients.

The second issue was Bernard’s apparent failure to report abuse. The case is focused on Bernard’s actions pertaining to a 10-year-old rape victim as the abortion doctor seized the opportunity to publicize the abortion she performed.

Abortion proponent Bernard is no stranger to leveraging media coverage to push abortion, as she has used it and false narratives to bash Abortion Pill Reversal.

Regardless of how the child became pregnant and all the tragedy that represents, this aspect of the case comes down to an abortion doctor putting her abortion activism ahead of her responsibilities as a doctor, and in doing so, exposing her patient to public scrutiny - putting the girl at further risk of mistreatment and abuse.

The Hippocratic Oath serves to provide moral guidance and accountability with the licensing boards of each state providing the scrutiny of whether doctors satisfy the criteria.

To receive a medical license, doctors must meet and continue to meet expectations and standards of the state medical board. This system is intended to protect public health and when doctors violate the principles set forth by the medical board, it is the duty of the board to suspend, revoke or impose some form of discipline on the license of that doctor.

Bernard is on staff at Indiana University School of Medicine as an assistant professor of Clinical Obstetrics and Gynecology.

One wonders how abortion is framed in any contact she has with students.

In response to the Indiana AG’s filing, Bernard filed a lawsuit against Rokita in Marion County Superior Court which was rejected by Judge Heather Welch.

The judge agreed the abortionist had violated patient privacy laws by telling a newspaper about providing services, as well as state laws by not reporting child abuse to Indiana law enforcement. She reproached Rokita for revealing that he was investigating Bernard.

Bernard dropped her lawsuit against Rokita, her attorney spinning it as a win.

Rokita’s office has the opposite take, a spokesperson stating, “Her decision to withdraw her suit less than a week after our win in court is further confirmation that she was putting her political agenda above the privacy and safety of her 10-year-old patient.”

Within her decision Judge Welch noted that in subsequent proceedings this preliminary order may be revisited following additional offerings of evidence. We may never know the whole story.

Rokita clarified the purpose for the state’s investigation into Bernard.

“This case is not about whether an abortion was performed,” he said. “It also is not about the Office exposing anyone’s medical file. Those were arguments designed to thwart our investigation into the physician’s behavior.”

“In this case, the doctor’s actions had direct repercussions, as the 10-year-old girl was put directly back in harm’s way and sent back to the home of her alleged rapist,” said Rokita. “While the little girl was attempting to heal from this horrific trauma, the doctor immediately ran to members of the media and divulged this story to promote her political agenda.”

Jesus spoke in Matthew 18 how serious it is to fail to protect children in God’s eyes.

Regarding the treatment of this precious 10-year-old girl, her abortion doctor, those who carried the doctor’s story without scrutinizing it, and others in authority who could have intervened earlier, all failed the test.

Even should one entertain the false premise that women need abortion, it does not undo the rape. And Lord help us all, this child deserved better than what she has experienced at the hands of abortion proponents since.