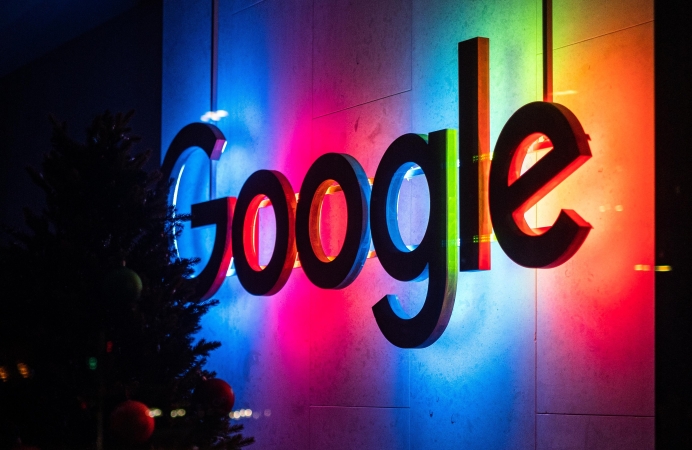 The heads of Heartbeat International, Care Net, and NIFLA wrote to Sundar Pichai earlier this month to convey accurate information about pregnancy help organizations (PHOs) and request assurance that Google would not concede the suppression of pregnancy help search results sought in an earlier letter from abortion supporters in Congress.

“The letter you received from several members of Congress is a blatant attempt to pull Google into an ongoing debate surrounding the abortion issue,” the pregnancy help leaders stated. “It relies on objectively false accusations promoted by the abortion industry to shut down its competitors – namely pro-life, pro-woman pregnancy centers.”

Democrat Sen. Mark Warner (Va.) and Rep. Elissa Slotkin (Mich.) along with a group of other por-abortion Members of Congress pushed Pichai, CEO of Alphabet Inc. and its subsidiary Google, in a June 17 letter to censor pregnancy help centers and clinics from "Google search results, ads, and Maps," CBN News reports.

Pregnancy help centers and clinics provide comprehensive information, support and material assistance to women facing unplanned pregnancies and their families. The clinics have a medical designation as they are overseen by a medical director and typically provide STD testing in addition to pregnancy tests, along with limited ultrasound services.

PHOs have served women in some form for more than 50 years, since before the 1973 Supreme Court Roe v. Wade decision created a “right” to abortion erroneously based upon privacy. With the May 2 leak of the Supreme Court majority opinion draft in the Dobbs v. Jackson Women’s Health Organization case indicating the end of Roe, PHOs, other pro-life organizations and churches have been the continual target of pro-abortion violence, vandalism, threats, and harassment. The targeting has included fake online reviews and misinformation about what PHOs are, what they do, and and how they do it put forth by any number of individuals with animus toward pregnancy help. It is largely taken and promulgated in the media minus corroboration.

The terrorism and persecution of pro-life organizations – including use of the “fake clinic” slur - have continued since the June 24 ruling, and the Supreme Court Justices who voted in the majority for Dobbs continue to be targeted for harassment and threats as well. Pro-life individuals and those serving in pregnancy help continue to await authentic addressing of the attacks by authorities.

The Congress Members who wrote to Pichai in June seeking suppression of PHOs in Google search results said their information came from the Center for Countering Digital Hate (CCDH), a group that targets organizations it defines as hate groups with campaigns to de-platform and remove them from major social media outlets.

CCDH was behind a campaign last fall for Google and Facebook to pull ads for Abortion Pill Reversal (APR) from pro-life group Live Action and APR ads from Heartbeat International from Google. Google relented to the group’s pressure to suppress APR ads.

CCDH had used inaccurate information in its report, prompting a demand from Heartbeat to remove the info and issue a correction.

Shortly after the dubious CCDH report a group of U.S. senators challenged Google in a letter concerning the double standard through censorship of APR ads on the platform while advertisements for abortion pills were still allowed.

Along with calling pregnancy help organizations “fake clinics,” the June 17 letter from Warner, Slotkin, et al claimed PHOs, “traffic in misinformation and don’t provide comprehensive health services,” and that directing women to them was “dangerous to women’s health and undermines the integrity of Google’s search results.” The pro-abortion lawmakers called for they deemed “misleading” search results to be “at the very least appropriately labeled.”

The Congress Members wanted to know what Google was going to do to “limit the appearance” of pregnancy help organizations in Google search results, and in lieu of that, whether Google would impose a disclaimer on PHOs for not providing abortion, and also what else Google would do to ensure “accurate information” related to abortion searches.

“Google should reject the heavy-handed calls of a small minority of pro-abortion Congress members to censor searches, and instead allow women to choose for themselves the providers best situation to assist them,” the pregnancy help leaders told Pichai in their July 8 letter to him.

Tweet This: Google should reject calls of a small minority of pro-abortion Congress members for censorship & allow women to choose for themselves

“Supporting only abortion providers would leave women with no options other than abortion,” they said.

“Pregnancy centers and clinics serve more than 2 million people every year, with more than $267 million dollars of free essential support services including medical services, parenting classes, and financial and material assistance,” they said. “These centers are staffed by about 70,000 staff and volunteers including more than 10,000 medical professionals.

They additionally pointed to client exit interview data, one study showing 97 percent positive client satisfaction on average over the past 13 years, and another finding an average 99 percent of clients having reported a positive experience at their pregnancy center.

What was more concerning, they said, “is the falsehood being propagated by many political opponents trying to discredit the great work of these centers, most recently by certain members of Congress in the letter addressed to you regarding Google listings.”

“These attacks are filled with mistruths and are completely inaccurate,” Godsey, Warren, and Glessner wrote. “Thus, we write on behalf of our industry to set the record straight.”

They described for the Google CEO how pregnancy centers provide safe, neutral places where women can assess information and make an informed decision, and that the centers “are there for women no matter what they choose and do not profit, in any way, from her decision.”

Centers offering medical services do so under the supervision of licensed medical providers, they clarified, and the fact they do not provide abortions is communicated clearly.

Pregnancy help organizations adhere to a joint National Commitment of Care and Competence, they explained.

“This commitment insists on truthful and accurate advertising, high ethical standards in services, and compassion and honesty,” they told Pichai. “The accusation that these centers are somehow “fake” is driven by political ideology, not any objectively verifiable fact.”