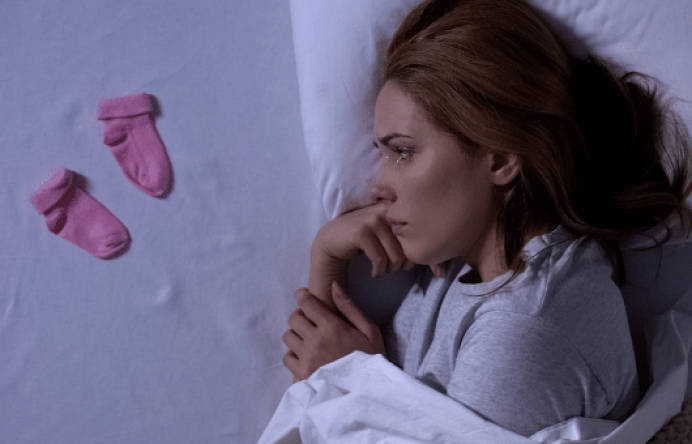 The tragedy of ectopic and miscarriage misinformation

The Supreme Court of the United States, in a long-awaited move, has recognized that what had been considered a constitutional right to end the life of an unborn human being through abortion is not actually, and has never been, an enumerated right in our Constitution. As such, that potential right is, according to the Constitution, a matter for each individual state and its voters to decide through their democratically elected legislators.

While this is still a far cry from recognizing the right to life guaranteed by the First Amendment for each and every human being – born and unborn – it is a massive move in the right direction. The result of having had a country in which each and every life was not valued, and in which unwanted lives have been considered disposable, has been the development of the most toxic social environment in American history.

Not surprisingly, passions run high on all sides of this issue. Also not surprisingly, there are those who have no compunction about the purveyance of vast amounts of misinformation in efforts to promote a defense of the institution of abortion. After all, those on that side of this issue have shown no hesitation to relentlessly promote the fiction that a living but not yet born human being is not really a human being, but instead is some non-person sort of entity that can be treated as property and disposed of however one sees fit. The inescapable similarities between the institutions of abortion and of slavery are lost on most Americans.

Tragically, many who support unlimited abortion rights will unflinchingly look into a camera or sit at a keyboard and release vast amounts of verbiage that is provably false in an effort to promote their desired agenda. Perhaps most glaring in recent days and weeks is the promotion of the fiction that women with ectopic pregnancies and women suffering from miscarriage are now in danger because abortion is actually used to treat these dangerous conditions and will thus be illegal in states that choose to restrict abortion availability.

We will now examine why this is complete fiction, and dangerous harmful fiction at that.

First, let us dispel the verbal subterfuge utilized by those on the other side of this issue. Most everyone understands what a miscarriage is, and most know someone who has suffered at least one miscarriage. The loss of a pregnancy is for many women and families an utter tragedy.

One of the things I have witnessed in three decades of caring for patients is that women who have just experienced a miscarriage of a wanted pregnancy blame themselves and question everything they had recently done or not done in an effort to decide if they should blame themselves for the pregnancy loss. My counsel to these patients has always been that “It is ok to be sad, but it is not ok to blame yourself. You could not have caused this to happen if you had wanted to.”

Those who are now drawing a false equivalence between miscarriage and induced abortion have callously disregarded the emotional impact their false statements have on women who wrongly feel guilty for having had a miscarriage.

The proclamations that miscarriage and abortion are the same thing, and that if you have received care for a miscarriage, you have had an abortion, are nearly unforgivable because the pain those statements are needlessly causing is incalculable.

What is the basis for these false claims?

Like most other defenses of abortion, these false claims are the result of the manipulation of language and ideas. For the purposes of the most accurate and precise conversation about this topic, one should consider that the ‘abortion’ at the heart of the Dobbs decision is an induced abortion.

How does one precisely define an induced abortion? An induced abortion is a process by which, using a procedure or a set of medications or a combination of both, the life of a living but not yet born zygote/embryo/fetus is intentionally ended and the then deceased human being is removed or evacuated or delivered from the uterus in some manner. This is a precise and accurate definition of an induced abortion accomplished by whatever means is chosen by those contemplating the process.

On the contrary, a miscarriage is the result of a spontaneous process, not initiated by any intentional or unintentional action on the part of the pregnant woman or others. It is the result of illness, defect, or injury. The key distinction is found in the difference between the words ‘induced’ and ‘spontaneous.’ Clearly, an induced abortion is most often referred to as simply an abortion, while a spontaneous loss is most often referred to as a miscarriage. The confusion results from the fact that supporters of abortion have latched onto the fact that medical terminology uses the terms ‘induced abortion’ and ‘spontaneous abortion’ and have acted as if the two are one and the same and are interchangeable. They are not.

The medical community gets it

The American Medical Association system of medical coding and reporting, known as ICD-10, recognizes the difference between these two conditions. In the overall system of nomenclature used to report on medical conditions for the purposes or record-keeping, statistics, and billing, there are more than 110,000 different specific codes used to describe very specific circumstances. These codes are broken down into various sets. The codes used to primarily report on conditions relating to or occurring during a human pregnancy all begin with the letter O. These ‘O’ codes are followed by a serious of numbers that specifically define the conditions encountered and being described. The code sets for reporting the occurrence of spontaneous abortion (a.k.a. miscarriage) are different from the code sets used to report induced abortion. Spontaneous abortion and its associated conditions and complications are reported using code sets O02 and O03, while induced abortion and its complications are reported using O04 and O07.

It is also important to recognize that reporting for ectopic pregnancies has an entirely different code set than these two, and is the code set O00. Additionally, when these diagnosis codes are reported to describe the conditions encountered, a different type of code is used to report what was done. These are CPT (Current Procedural Terminology) codes. The AMA and the American Association of Obstetricians and Gynecologists both give guidance on how to report the procedures used to care for women experiencing miscarriage and for women undergoing induced abortion. The procedural codes used are also different.

Furthermore, patients are confused when they hear that a D&C (Dilation and Curettage) is a procedure used to treat miscarriage and a procedure used to perform induced abortion. They are also confused when they see that sometimes a miscarriage process is completed by administering misoprostol (Cytotec), a medication also used in medication abortions, to achieve completion of the miscarriage process without a surgical D&C. Those who wish to promote fear to advance their agenda have seized upon these terminological similarities in order to promote the fiction that miscarriage and induced abortion are the same, and that pro-life laws will prevent treatment of women suffering miscarriage through no fault of their own. This issue can be summarized simply with the following statement:

In miscarriage (spontaneous abortion), either a D&C or a dose of misoprostol can be used to facilitate removal of the dead embryo/fetus from the mother’s uterus; and in induced abortion, a D&C or a combination of mifepristone and misoprostol is used to kill the living but not yet born embryo/fetus and remove it. The fact that similar terms are used to describe what is done in these two vastly different conditions does not mean that the two conditions are equivalent.

Additionally, the common condition of ectopic pregnancy has been promoted as one from which women will suffer as pro-life laws will interfere with the treatment of ectopic pregnancies. Some speakers, physicians among them, have unflinchingly looked into a camera and promoted the fiction that abortion is used to treat ectopic pregnancy. There is absolutely no justification for such deceptive and false rhetoric.

In ACOG Practice Bulletin No. 191: Tubal Ectopic Pregnancy, ACOG describes the condition of ectopic pregnancy, the methods for not only diagnosing this condition but also the methods for treating an ectopic with either medication or surgery. In this lengthy 18-page document, with 74 cited references, a discussion of induced abortion does not appear. In fact, I was unable to locate the word ‘abortion’ anywhere in the text of the document.

Similarly, in a document available to the public on the website of the American Association of Pro-Life Obstetricians and Gynecologists, Practice Bulletin 9: Ectopic Pregnancy, the discussion of ectopic pregnancy and its treatment is never compared to or deemed equivalent to an induced abortion.

In a page from a Planned Parenthood website accessed at 1158 AM EST on 06/29/2022, the site is found to describe treatment for an ectopic pregnancy without using any terminology normally used to describe induced abortion. In another page previously seen online, Planned Parenthood’s site says, “Treating an ectopic pregnancy isn’t the same thing as getting an abortion.” [Editor's note: That phrase has since been scrubbed from the Planned parenthood website]

And then, as a pro-life OB/GYN, I can unequivocally state that I have no hesitation or reservation about treating a woman with an ectopic pregnancy.

Tweet This: As a pro-life OB/GYN, I can unequivocally state that I have no hesitation or reservation about treating a woman with an ectopic pregnancy.

In fact, on one recent Monday I took three patients with ruptured ectopics to the Operating Room and treated all three of them by removing the ectopic pregnancy and the tube which had ruptured. This lifesaving care was important, and such care will not now or ever be impacted by pro-life laws on the books.

Before Roe in 1973, doctors and patients were never prosecuted for having or treating ectopic pregnancies, and it is ludicrous to suggest now that they would be after Dobbs. In fact, such rhetoric creates fear in women who suspect that they may have an ectopic and delay their access to care, placing them at risk for significant harm or even death.

When ACOG, AAPLOG, Planned Parenthood, abortionist Dr. Jen Gunter and a pro-life OB/GYN like myself all agree that treatment for an ectopic pregnancy is not an induced abortion, anyone who wishes to state otherwise has much explaining to do.

On second thought, they have no explaining to do and instead should apologize for promoting such dangerous fiction.