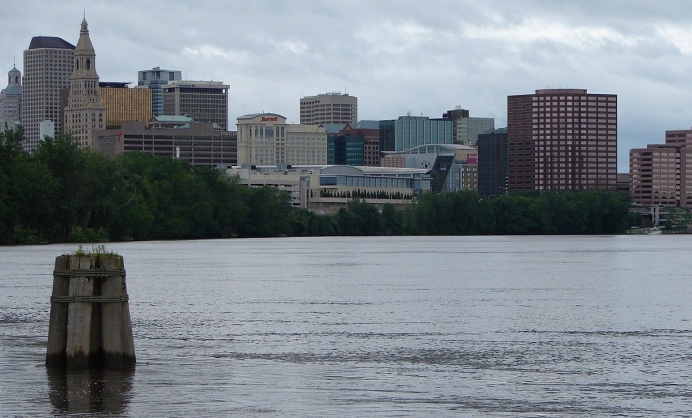 Teetering on Bankruptcy, This City's Pro-Abortion Ambition Could Push it Over the Brink

An attempt to stop a pregnancy center from saving lives next door to an abortion clinic is still in the works in Hartford, Conn., following a raucous public meeting that drew an estimated 200 participants from all over the state Monday night.

Following the meeting, Hartford’s city council looks poised to move forward with an ordinance that would force Hartford Women’s Center to post prominent notices indicating “whether or not a licensed medical provider is on premise providing care.” before the end of the year.

While the specific language for the ordinance has yet to be revealed, what’s clear is that it singles out Hartford Women’s Center, a privately funded pro-life pregnancy center that set up a location next door to an abortion business, Hartford GYN, this May.

In response, Hartford GYN, as well as abortion lobbyist group NARAL Pro-Choice America’s state-level chapter—located just one floor above Hartford GYN—have lashed out against their pro-life neighbor, accusing the center of harassing and deceiving clients headed to the abortion business.

Two years before Hartford Women’s Center moved next door, NARAL made identical claims about all 50-plus pregnancy centers throughout Connecticut in a “report” that included the word “deception” 21 times in just 30 pages. Backed by rabidly pro-abortion U.S. Senator Richard Blumenthal, the hit piece was later used to introduce legislation at the state house in early 2017.

While that legislative attempt failed, the latest move from the abortion lobby is just more of the same, said Hartford Women’s Center executive director Leticia Velasquez.

In an interview with the Hartford Courant, Velasquez noted that fact city officials haven’t visited her clinic or made an attempt to learn more about them.

“We would welcome the council to come and visit the clinic to see what we do,” she said. “It seems they’ve picked only one side.”

With his city on the brink of bankruptcy, Mayor Luke Bronin is picking a particularly precarious time to try and force a pregnancy center to speak a government message meant to steer their own clients away from their services.

Hartford is on the verge of declaring bankruptcy, and previous attempts to force pro-lifers to post similar signage have cost local taxpayers hundreds of thousands of dollars in Maryland and New York City.

Although the efforts to force pregnancy centers to post similar signage is still in play in San Francisco, Oakland and Seattle, parallel efforts have been turned away as unconstitutional infringements in Austin (TX), New York City, Baltimore (MD), as well as and Montgomery County, Md.—which was ordered to pay pregnancy centers $330,000 in attorney's fees after having colluded with NARAL.

This summer, Missouri passed a protective measure to prevent municipalities in its state from targeting pregnancy centers after abortion proponents in St. Louis tried to strip all religious organizations from holding their own employees to a pro-life code of conduct.

Other, more onerous laws forcing pregnancy centers to speak a government message have come under scrutiny in Illinois, California and Hawaii, with a judge permanently stopping Illinois’ law and the U.S. Supreme Court taking up pro-lifers’ challenge to California’s law earlier in November.

Tweet This: @ProChoiceCT behind effort that could push #Hartford into bankruptcy. #freespeech #prolife

“The government has no proper role to make citizens and groups post signage stating what they don’t do,” Deacon David W. Reynolds of the Connecticut Catholic Public Affairs Conference said. “This is compelled speech that runs directly against the Constitution’s guarantee of free speech. The city leaders in Hartford have enough real issues to address without having to bow to the wishes of special interest groups like NARAL, Planned Parenthood and others.”

While city officials contemplate measures to restrict the efforts of its pro-life neighbor, news broke Tuesday that a woman had to be rushed to the hospital while undergoing an abortion at Hartford GYN last month. According to the report from Operation Rescue, a witness saw emergency responders wheeling a woman out of the facility with "a sheet over her head" after she suffered heavy bleeding during a botched procedure Oct. 21.