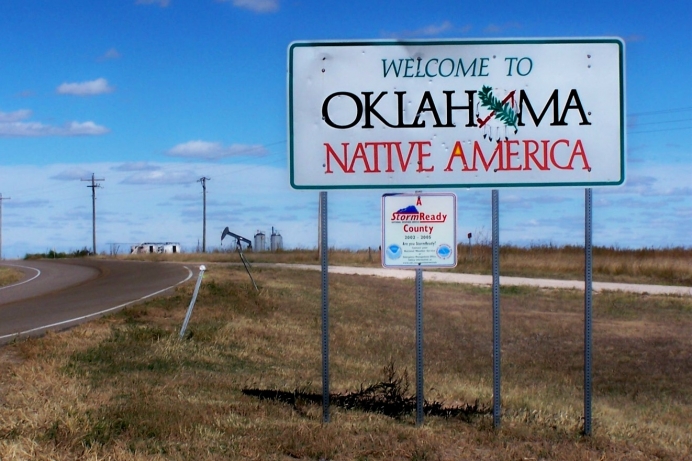 Editor's Note: An amendment to the signage requirement referenced in this Dec. 14 article was proposed by the law's sponsor Dec. 16. Read more about the change here.

As a rule of thumb, pretty much anything that causes abortion supporters to recoil in horror is a good sign.

To see this proposed litmus test in action, just check out the reaction of NARAL Pro-Choice Ohio to the Pain-Capable Unborn Child Protection Act signed into law Tuesday by Gov. John Kasich, which caps abortion statewide at 20 weeks.

“There’s no way we’re going to take this lying down,” NARAL state spokesman Gabriel Mann told The New York Times. “It’s too horrific of a restriction for women who are facing medical complications and situations where they need an abortion around that 20-week period.”

As a quick primer, high-risk ob-gyn’s—in sharp distinction from NARAL’s regional sales managers—consistently testify that such an abortion is never medically necessary to save the life of a mother. Also keep in mind the bill in question does contain an exception for the life and health of a mother, which would negate Mann’s argument even if it held any water to begin with.

Still, “too horrific,” we’re told. The law, which is set to take effect 90 days following Gov. Kasich’s signature, corresponds with a timeframe where medical textbooks and journals teach an unborn child can feel pain while he or she is being aborted.

That’s a bridge too far for NARAL, which doesn’t plan to “take this lying down,” even if it means taking its unrighteous indignation all the way to the Supreme Court.

Meanwhile, abortion-peddlers of the left are busy hand wringing over the mere possibility of Planned Parenthood losing a portion of its $500 million average cut of the federal kitty—even while a Senate committee is calling in the FBI to investigate the nation’s leading abortion business for its illegal for-profit selling of body parts harvested from aborted babies.

A Trace Amount of Validity

But as reliable as the test may be, it does have its limits. Once in a blue moon, abortion advocates’ rage does contain a trace amount of validity to which we should give a moment’s pause.

Such is the case, it seems, in Oklahoma, where the state’s Board of Health approved pro-life signage that hospitals, nursing homes, restaurants and public schools will be forced to begin posting in January of 2018.

As usual, abortion proponents are hopping mad. The difference seems to be, they may have a point in this case.

Signed into law by Republican Gov. Mary Fallin back in June, the state’s Humanity of the Unborn Child Act is an effort to spread awareness both for the sanctity of human life and the availability of life-affirming alternatives to abortion throughout the state.

The legislation proposes to create a website that lists state-approved pro-life pregnancy help, empower public school nurses to better assist pregnant teens—referring them only to pro-life pregnancy centers—and utilize public service announcements in an effort to move toward “an abortion-free society.”

So far so good, in other words.

The sticking point is the law’s signage requirement. The signage, which “each facility in [the] state which is open to the public” will be required to post in its restrooms, reads as follows and includes a link to the state’s to-be-constructed website:

There are many public and private agencies willing and able to help you carry your child to term and assist you and your child after your child is born, whether you choose to keep your child or to place him or her for adoption. The State of Oklahoma strongly urges you to contact them if you are pregnant.

While such a statement is indeed both life-affirming and true on its face, forcing all places of public accommodation to post it in their own restrooms smacks of the very same sort of government-mandated speech pregnancy centers are fighting in both California and Illinois.

In Illinois, medical professionals of all stripes are fighting a 2016 law that would force them to directly refer patients for abortions and counsel as to the so-called “benefits” of abortion, but the law in California is markedly similar to the signage proposal in Oklahoma.

California’s pro-abortion legislature passed its so-called “Reproductive FACT Act” in 2015. The law, which has been enforced in three cases even as it is being challenged in the courts, requires pro-life pregnancy help centers and medical clinics to post signage promoting state-covered abortions in their waiting rooms.

Though the signage in California communicates the opposite message to what’s being proposed in Oklahoma, both states’ mandated language, while true, represents a significant challenge to free speech rights enshrined by the First Amendment.

In California and in Oklahoma, the problem isn’t that what the proposed signs say is false, but rather, the signs are the state’s way to force compliance with a certain viewpoint.

Weaponizing the state to force speech is a two-edged sword. It may seem like an expedient way to handle business when you’re the one holding the sword, but it can become decidedly inconvenient in a hurry.

While we rightly stand by pro-life individuals and organizations under attack in California and Illinois, the same principle should cause us to speak up for the rights of a Planned Parenthood-supporting restaurant owner in Oklahoma.

Why should the owner of a burger joint be any less entitled to express (or keep quiet about) his own point of view in the restroom he provides for his customers? Come to think of it, even if the restaurant owner is thoroughly pro-life, why should the state require her to post any specific sign to that effect?

It’s a tactic of the left and the abortion lobby to puppeteer others into speaking their own message.

Just a year ago, the head of NARAL’s California chapter, Amy Everitt waved off First Amendment rights of pro-lifers, admitting to a reporter that while her organization “can’t regulate free speech. If we could we would, but we can’t.”

We have a word for what Everitt is dreaming of: coercion. It’s not a good look on the abortion lobby, and it’s not something the pro-life movement ought to emulate.

There’s plenty to commend about Oklahoma’s new legislation. From life-affirming PSA’s to cultivated online resources to empowered school nurses, the Humanity of the Unborn Child Act could be a major step forward for one of the nation’s top pro-life states.

Tweet This: Compelling speech is not a good look for #NARAL, nor something we should emulate. #prolife #Oklahoma

Instead of problematic plaques in public restrooms, the state’s goals would be better served by striking that requirement and keeping out of the business of regulating speech—even speech we agree with wholeheartedly.

While they’re cutting the signage requirement, why not divert the estimated $2.1 million the signage demand would cost to the state’s 56 pregnancy centers in the form of grants or TANF dollars as other states have?

Along with serving women and helping to build families, states like Pennsylvania, Indiana, Michigan, Ohio, Florida and Georgia that invest in pregnancy help organizations save millions of dollars—and countless of lives—in the long run.

After all, talk is cheap, but nothing makes abortion more unwanted than a life-affirming pregnancy center.