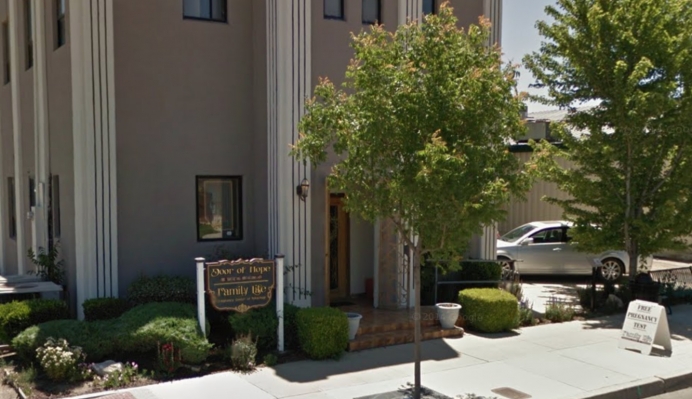 Serving women since 1988, Family Life Pregnancy Center is one of 175 nonprofits in the crosshairs of California's attack on free speech.

Rural Nonprofit One of 175 Targeted in California's Pro-Abortion Crusade

Just over 21 years ago, Kim Nixon and her family were in a Sunday service at their local church, when a representative from the local pro-life pregnancy help center took the stage to update the congregation on a handful of needs at the center.

A mother of three, including one in elementary school at the time, Nixon had long held pro-life convictions, and the painful memory of her sister’s two abortions before she reached the age of 18 helped make her uniquely receptive to the center’s call for more volunteers.

So, she signed up to volunteer a few hours at the center, which was only open two and half days a week at the time. Within a year, Nixon was asked to step in as interim director.

Two decades later—and over 10,000 clients later—Nixon is still at the helm of Family Life Pregnancy Center of Tehachapi, Calif., and as far as she can tell, that’s where she’ll be for the long haul.

“It’s a busy little center, but God is blessing this ministry and provides for us in incredible ways,” Nixon said. “We just want to be good stewards, not only of the finances he provides, but also of each prayer that’s lifted on behalf of the center.”

Having been connected to the work of her local pregnancy center through the local church, Nixon has also been able to work alongside leaders from the majority of churches in her area over her 20 years as center director.

Out of 32 churches in the Tehachapi Valley—located 35 miles southeast of Bakersfield and 115 miles northwest of Los Angeles—26 are regular supporters of the pregnancy center. Another eight churches in California City, 30 miles east of Tehachapi, help sponsor a mobile pregnancy testing and peer counseling outreach connected with Family Life.

Six years ago, Nixon and her organization helped establish another center 50 miles north, in Lake Isabella, after she was contacted by a group of pastors in that area looking to start a life-affirming ministry.

“God has taught me a lot while I’ve been here, and I need to help share that,” Nixon said. “I love coming alongside communities and helping them establish their own pregnancy centers. I don’t need to have more centers under my umbrella, but I will definitely do all I can to help somebody establish and become an independent center.”

Launched in 1988 by two women whose friends had both chosen life thanks to the work of a pregnancy center while they were away at college, Family Life has been a vital community resource, reaching over 15,000 clients during that time.

Since Tehachapi does not have an ob-gyn or a labor and delivery department for 40 miles in either direction, Nixon and Family Life are one of the only resources nearby for women and families, offering pregnancy testing, much-needed material aid services, teaching healthy relationships programs in local schools as well as post-abortive, miscarriage and infant death grief counseling.

Meeting Needs in a Hope-Filled Environment

Nixon, a city councilmember since 2011, has also worked with Kern County’s “First 5 Kern” program to help provide car seats and Pack n Plays to their clients, which is especially crucial in an area where co-sleeping is the top cause of infant deaths.

Earlier this fall, Family Life was approved to begin offering court-mandated parenting classes to clients who need help to maintain custody of their children—a long-held hope of Nixon’s that finally broke through bureaucratic hurdles when she contacted a local judge directly.

Family Life had been working with the county on an ad hoc basis to give parents credit for participating in their classes, but for years, Nixon and her staff hadn’t been able to find out how she they could get the program itself approved. When she got in touch with the judge to ask him how to get accepted and onto a referral list, his simple response came as a breath of fresh air: “Well, I can do it. I’m the judge.”

Tweet This: Rural #California #prolife center among those targeted by state's attack on free speech.

Just like that, Family Life was on its way to adding one more badly needed service to its repertoire.

“It’s a long time coming,” Nixon said. “There’s quite a few in this community, and the outlying areas that we draw from, who are required to take court-ordered parenting classes. If we have that opportunity to not only do that, but come alongside them in a caring, hope-filled environment, it’s a really good thing.”

In the Crosshairs of a Free Speech Battle

One of 100 community-funded pregnancy centers in California that do not offer state-licensed ultrasounds, Family Life would be forced to post signage stating they do not offer medical services, should an ongoing fight to strike down the state’s “Reproductive FACT Act” fail to stop the law from taking effect.

Upheld in October by the 9th U.S. Circuit Court of Appeals—the most frequently reversed court in the circuit—the law would require Family Life to post the following signage in two “clear and conspicuous” places—“in the entrance of the facility and at least one additional area where clients wait to receive services,” as well as in “any print and digital advertising materials including Internet Web sites”.

Similar ordinances have been struck down as unconstitutional infringements on free speech in Austin (TX), New York City, Baltimore (MD) and Montgomery County (MD)—the latter of which cost taxpayers $375,000 in fines alone.

California’s 75 state-licensed medical facilities would be required to disseminate the following notice in “22-point type” “distributed to all clients in no less than 14-point font” or distributed digitally “at the time of check-in or arrival”:

If the law were ultimately upheld, it is possible it wouldn’t apply to Family Life, since the legislation calls for local municipalities to enforce the law. Republicans currently represent Tehachapi’s district in the state assembly, state senate and U.S. House of Representatives.

The state of Illinois has also created a law aimed at forcing pro-life pregnancy centers and medical personnel to refer their clients to abortion businesses. Affecting as many as 130 pregnancy help centers—plus pro-life nurses and doctors—Alliance Defending Freedom (ADF) is appealing that law, along with the legislation in California.

So far, the only known instances of the California law’s enforcement have occurred in Los Angeles, where city attorney Mike Feuer has leveraged an obscure law that mandates current signage for local business to force pregnancy medical clinics to comply.

“Things are kind of in a holding pattern with the law right now, while it’s in the courts,” Nixon said. “They had three centers that were notified to comply in L.A., but statewide, there hasn’t been a big push for that. So we’re just waiting.”