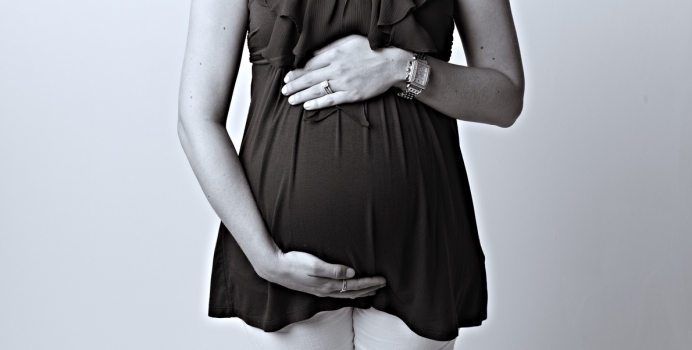 Alliance Defending Freedom (ADF), which represents pro-life organizations and individuals targeted by new laws in California and Illinois, filed legal challenges in both states late last week in an ongoing battle to keep the states from forcing the organizations to promote or refer for abortions.

In California, ADF filed a petition for a rehearing Friday, on the heels of an Oct. 14 ruling where the 9th U.S. Circuit Court of Appeals—an appellate known for being frequently reversed at the Supreme Court level—confirmed a lower court’s ruling upholding the state’s so-called Reproductive FACT Act.

Among other requirements, the law—which took effect Jan. 1, 2016—forces up to 75 pregnancy help medical clinics offering free ultrasound to display signage advertising taxpayer-funded abortions through Medi-Cal, and directing pregnancy help clients to a local county social services agency through which they can schedule an abortion.

In Illinois, ADF filed a motion for a preliminary injunction Thursday against a change in the state’s Health Care Right of Conscience Act designed to force all medical professionals, along with as many as 130 local pregnancy help centers and medical clinics, to refer their clients to nearby abortion clinics upon request of the patient.

Challenging the Illinois legislation—which was set forth as Senate Bill 1564 and signed into law July 29 by Republican Gov. Bruce Rauner—ADF appealed to state and federal Constitutional free speech protection, as well as Illinois’ Religious Freedom Restoration Act on behalf of two pregnancy help centers and a pro-life ob-gyn who would also be affected by the legislation if it were to go into effect Jan. 1, 2017.

“Pro-life medical professionals shouldn’t be forced into the abortion advocacy business by the state,” ADF senior counsel Matt Bowman said. “No one should be coerced into offering abortion referrals—in violation of the U.S. Constitution and both federal and state law—particularly people who have gone into medicine because of their pro-life beliefs and who view the promotion of abortion as a violation of their oath to ‘do no harm.’

“The court should act swiftly to halt enforcement of SB 1564, as medical professionals and pregnancy care centers are being forced by the law to express a message completely at odds with their mission and ethics.”

Heartbeat International, which has 41 affiliate pregnancy help locations in Illinois, has urged those affiliates to refuse to comply with the law should it take effect at the beginning of the new year, citing the law’s violation of the Commitment of Care and Competence, an ethical code of practice to which affiliates of Heartbeat International, Care-Net, National Institute of Family and Life Advocates (NIFLA) and others agree.

Tweet This: "No one should be forced into offering #abortion referrals." @Alliancedefends @NIFLA #prolife

Though Focus on the Family founder and former president Dr. James Dobson has called for California pregnancy help medical clinics to refuse to comply with the law, Heartbeat International has stopped short of directly encouraging its 67 affiliate locations to disobey the law, since it requires pregnancy centers to refer to county social services rather than directly to an abortion provider, as the Illinois law does.

So far, the only known instances of the California law’s enforcement have occurred in Los Angeles, where city attorney Mike Feuer has leveraged an obscure law that mandates current signage for local business to force pregnancy medical clinics to comply.

Still, Godsey and others, including NIFLA president Thomas Glessner, say both state’s laws are designed to chill free speech and put pregnancy help organizations in the position of referring for and promoting abortions against their deeply held religious convictions.

“It is a devastating reality that lawmakers in California and Illinois are so beholden to the abortion industry they would be willing to trample on the constitutional rights of their own citizens to promote a culture of death over a culture of choice and life,” Godsey said.

Glessner, whose organization is directly involved in fighting both laws as a named plaintiff, pointed to a long track record of the courts striking down mandated disclaimers in other states and municipalities, including a recent summary judgment throwing out a 2009 Baltimore city ordinance that bears similarities to the California requirement.

Other attempts to force pregnancy centers to post signage specifying the services they do not offer have also been defeated in Austin (TX), Montgomery County (MD), New York City. The law in California has been unsuccessfully challenged five times in the courts since last December.

“The 9th Circuit’s unjust decision stands apart from other rulings across the nation in favor of pro-life centers,” Glessner said. “Those decisions rightly acknowledged the liberty of pro-life pregnancy resource centers and rejected the abortion industry's state-sanctioned agenda.”

Update: The American Center for Law and Justice (ACLJ) has also filed a petition for rehearing in the 9th U.S. Circuit Court of Appeals in the California case. (10/31/16)