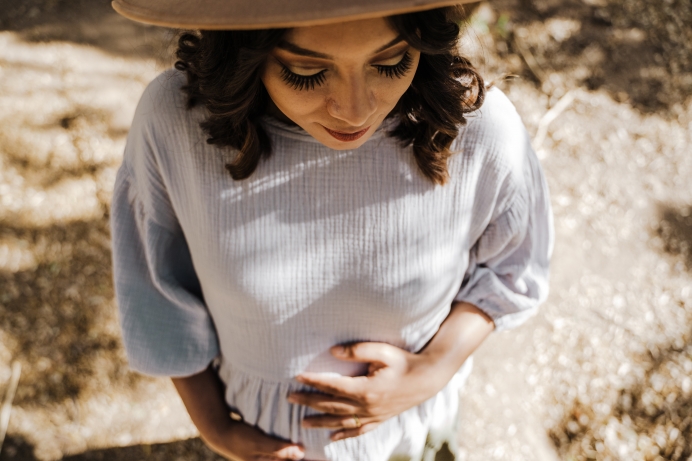 As consumers of any product or service, do individuals have the right to know the details of how to cancel a service should they change their mind about what they have purchased?

It is often quite possible that we can anticipate a refund for the unused portion of a given product or service.

In the case of reversing a chemical abortion we are not talking about refunds or returns. In fact, the “seller” in this case would not lose any money on the deal by providing details to the consumer going in regarding what to do should she change her mind.

However, a coalition of abortion providers filed a lawsuit to stop an Indiana law requiring them to provide basic details about abortion pill reversal (APR) to their clients (mothers carrying babies in their wombs).

From reviewing their statements about this, it appears these abortion proponents have no interest in learning about the actual outcome for a woman who wants to exercise her choice - if that choice is reversing a chemical abortion - or even acknowledge that she could experience regret over choosing to take the abortion pill.

Instead, abortion providers are willing to expend money to make sure they are not required to offer information to women.

So focused are they on their pro-abortion agenda, these clinics make it a practice to offer clients follow-up surgical abortions at no cost because they see born babies as bad publicity.

I interviewed a mom who experienced regret for starting a chemical abortion and chose to undergo reversal, and she detailed how she was pursued by the abortion clinic insisting they needed to perform a surgical abortion if her pregnancy had not been terminated by the medications they had given her.

Thankfully, like thousands of other moms so far, she did not listen to their rhetoric and instead held out hope that the medication which is designed to start the abortion process could be countered by the life-giving process of APR.

"Women deserve to know the truth about their options, and they do not give up that right simply because they start the chemical abortion process,” stated Danielle White, general counsel at Heartbeat International. Heartbeat manages the Abortion Pill Rescue® Network (APRN), consisting of approximately 1,000 rescue providers and pregnancy help centers who offer APR.

Tweet This: Women deserve to know the truth about their options & they do not give up that right simply because they start the chemical abortion process

Chemical abortion is a two-drug process. The first drug, mifepristone, blocks progesterone, the natural hormone in a pregnant mom’s body that sustains her pregnancy. The second drug, misoprostol, causes her to go into labor and deliver her deceased child.

Abortion pill reversal involves prescribing progesterone to counter the first abortion drug. It is an updated application of a treatment used for decades to prevent miscarriage. If a mom acts fast enough she may be able to save her unborn child.

A 2018 peer-reviewed study showed that up to 64%-68% of the pregnancies were saved through APR, that there was no increase in birth defects with the treatment and also a lower preterm delivery rate than the general population.

The APRN has a 24-hour hotline (877-558-0333) staffed by nurses who assist women who wish to seek chemical abortion reversal and guide them through the process well into their pregnancy.

The network counts more than two thousand lives to date saved through the protocol.

Nonetheless, abortion apologists are suing to stop women from being told about it, and the media persists in repeating their disparaging claims about APR.

Indiana Gov. Eric Holcomb (R) signed HB 1577/HEA 1577 into law Apr. 29. The law, set to go into effect July 1, requires abortion providers to inform women seeking chemical abortion that it may be possible to reverse the abortion drug’s effects in the event they change their mind before taking the second set of drugs.

The abortion supporters’ lawsuit also attacks the law’s provision to ban the use of telemedicine for providing chemical abortions. The law bans telemed abortions because patients who are not examined by a physician for dangerous procedures and medication are put at risk.

“Indiana has enacted common-sense legislation to ensure that women have the information they need to make informed decisions about their pregnancies,” White added of Indiana’s APR informed consent law.

A May 18, 2021, Indianapolis Star article stated that, “Abortion rights groups are suing the state over a new law that will require health-care providers to share information about an ‘abortion reversal’ drug, something that opponents of the law said is not based in science.”

“Statistics show that more than 2,000 lives have been saved through the abortion pill reversal protocol, and that number continues to rise,” White said. “No woman should be forced to complete an abortion she no longer wants simply because she was kept in the dark about her options.”

The Star article goes on to state that abortion advocates call the process of reversing the effects of mifepristone (the first drug given in a chemical abortion) “shaky,” saying it is not based in science.

The science should be considered and reviewed; doing so honestly would reveal that progesterone in fact has a decades longer track record than mifepristone, as well as the safety records of both.

Pregnancy Help News has dozens of articles detailing how life changing this choice to reverse chemical abortion has been for women who now marvel at the opportunity to be a mom. In just over a year, I have written more than a dozen myself.

When you consider what the abortion providers’ lawsuit objects to, it becomes clear that women’s health takes a back seat to these organizations over protecting the business of abortion.

Dr. Christina Francis, a board-certified OB-GYN practicing in Fort Wayne, Indiana, president of the American Association of Pro-Life Obstetricians and Gynecologists (AAPLOG) and an APRN provider, testified before Indiana lawmakers in favor of the law.

“It would be dishonest and cruel not to make this information available to them,” Francis told the legislators. “If we truly care about women being able to make informed choices this should include knowing there’s an option if they change their mind.”

“There is great irony in the lead plaintiff having ‘all options’ in its name while suing to deny women the right to know about the option of abortion pill reversal,” continued Fichter. “We thank Gov. Holcomb for signing H.B. 1577 into effect and look forward to this law having its day in court.”

White concluded, “We applaud the State of Indiana for passing this legislation and are confident that the court will agree that it helps to ensure that a woman's consent is fully informed."

There is an adage to “follow the money” when you want to get a better understanding of motives. Does this help us understand why these abortion advocates stand in the way of women knowing about APR?

If a woman is receiving a chemical abortion, she makes the full payment, and knowing about the reversal option does not change the monetary exchange.

But we know that when women speak up with regrets over their abortion, or an unsuccessful abortion results in a live birth, these results challenge the abortion movement’s messaging - the propaganda of “choice” and “empowerment of women.”

These abortion defenders simply cannot sit by while a woman regrets and reverses a chemical abortion, while she demonstrates real choice and real empowerment, and while she brings forth beauty from what would have been the ashes of her life.