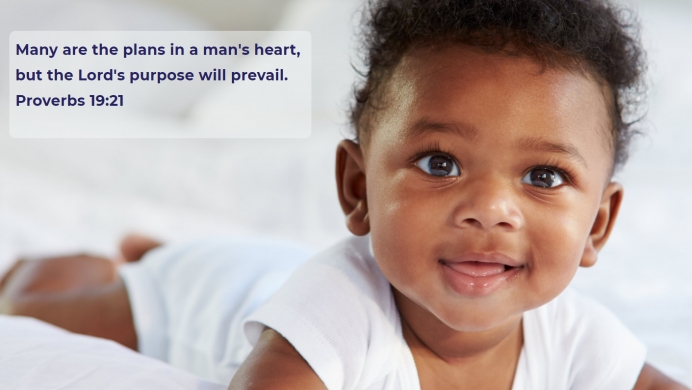 The 'good news' is Abortion Pill Rescue is saving lives

An Ohio-based group of pregnancy help medical clinics celebrated the chance to choose life after chemical abortion at its annual recent fundraising event.

“This network connects women who have taken the first dose of the abortion pill with a provider in their area who is trained to administer the abortion pill reversal protocol,” PDHC President Kathy Scanlon said at this year’s event. “PDHC is now part of this life-saving network and has already saved lives.”

The APR protocol uses progesterone to counter the first drug of the two-drug chemical abortion process. When a mom takes the first abortion pill and experiences regret, if she acts swiftly enough it may be possible to save her unborn child.

Providers in the APRN stand ready round the clock to assist moms in trying to reverse their chemical abortion. Statistics show that more than 1,000 lives have been saved to date through the APRN.

PDHC’s 2020 Celebration of Life, held virtually like many others, had Scanlon addressing the rising scourge of chemical abortion and the life-affirming response of abortion pill reversal.

“If a woman begins a chemical abortion but changes her mind and wants a second chance to save the life of her baby, she has about 72 hours to reverse her decision through abortion pill reversal,” said Scanlon.

Scanlon spoke with PDHC Nurse Manager Kathy, who serves women coming to the PDHC for assistance after taking the abortion pill and experiencing regret.

Women choose chemical abortion for the same reasons as with surgical abortion, such as fear and lack of support, Kathy said. She shared examples of reversal successes experienced at PDHC.

One young woman had pursued chemical abortion because she feared telling her mother that she was pregnant. The young woman was extremely distressed after taking the abortion pill, and because she and her mom were close, she could not hide this from her mother.

The young woman’s mom hugged her when she learned her daughter had taken the abortion pill, told her she did not want to her to abort her child, offered her support in seeing the pregnancy through and raising her child, saying, “We can do this together.”

Kathy said, “It was just such a lesson to me that that fear of telling someone in reality often isn’t as terrible as women think that it might be.”

The very first APR client to come into PDHC also felt as though she had not choice but to seek chemical abortion.

Kathy shared that the client’s life was hard, she had several children, worked full-time and did not have the support of her partner.

“She took the first pill and she said that immediately she just felt unsettled,” Kathy said. “She knew she had made a mistake, she wished that she didn’t do it. So, she began to research online.”

The client found PDHC, came in, and she and Kathy talked through the Abortion Pill Rescue® program.

“She decided she wanted to go forward with the reversal,” Kathy said. “So we went into the ultrasound room - and this is where it can get kind of emotional, because we’re going to do an ultrasound, we’re going to find out; is this baby still alive and is the reversal even possible.”

Kathy asked the client if they could pray first, and she said, ‘yes.’

“So, we prayed,” recalled Kathy, “and I put that ultrasound probe down, and immediately we saw that little heartbeat, that tiny little heartbeat. And we both really just broke down and cried.”

“But then there was this realization that she had, and honestly I’ll never forget this,” recounted Kathy. “She said, “My baby’s alive, and they (the abortion facility) told me that by the time I took that second of set of pills my baby would be dead.”

“Those pills are meant to put me in labor and force the baby out, and I’m due to take them in an hour, and my baby’s still alive,” she said. “It was a pretty somber moment for both of us with that realization.”

“But the good news,” Kathy said, “she just had a healthy baby boy a couple of months ago, and so we rejoiced with her.”

Tweet This: “But the good news; she (an Abortion Pill Rescue mom) just had a healthy baby boy a couple of months ago, and so we rejoiced with her.”

Recalling the typical feelings of fear and being alone experienced by women facing unplanned pregnancy and discussing how chemical abortion is portrayed as a simple solution, Kathy said, “The abortion pill really sounds easy, doesn’t it? Take a pill and all those issues go away, but it’s really anything but easy.”

“It’s actually a series of pills that are taken over several days, and the final set of pills are given at home,” she said, “where the woman is often alone and afraid because she maybe hasn’t told anybody that she’s doing this.”

“So, she’s literally going into labor, having an abortion in her bathroom by herself,” said Kathy. “And we also know that the abortion pill can lead to a surgical procedure, if the pills are taken too late in pregnancy or the abortion isn’t complete.”

This is exactly the reason for getting the word out about services offered by pregnancy help centers, Kathy explained, so women in need have somewhere to tell their story and hear about their options.

“We would love the opportunity to educate women on their choices,” she said, “connect them with community resources, fill them in on all of the support that is available for them and really just be a voice that says, ‘Abortion is not your only option.’”