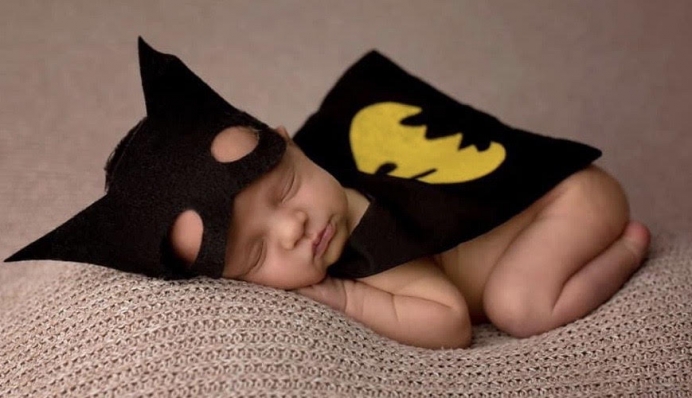 “My little superhero was born happy and healthy .. Every day I think how glad I am that I found the abortion pill reversal hotline and thank God for the chance to be his momma.” - APR mom Sarah Sarah

“My little superhero was born happy and healthy; I thank God for the chance to be his momma” – APR mom

Sara’s is the incredible story of a single mother who was brave in the face of adversity; following the start of a chemical abortion, she took action to save the life of her unborn child. After her circumstances made her feel she had to have an abortion, Sara is grateful to have her son, saying he makes her family feel complete.

In November of 2019 life looked incredibly different for Sara.

On a Friday morning, she was overwhelmed, flooded with every kind of emotion.

Alone at the abortion clinic, Sara swallowed the abortion pill, and immediately after, regretted what she had done. Her mind was filled with questions and panic, and she desperately wanted to find out if there was any way she could reverse what she did. Could Sara possibly save her unborn baby?

Breaking down, sobbing in the waiting room, the woman at the desk told Sara she was doing the right thing, and not to worry. When Sara asked if there was any way to reverse what she’d done, the doctors at the clinic told her there was no way to go back, no hope of rescuing her baby. They told Sara what she had done was irreversible.

Sara already had two teenage children, a 17 and 15-year-old. Having had her first child at 15, and initially she thought that if she could have a baby at 15 years old and raise him, she could do it now.

But Sara wasn’t alone in making this abortion decision.

Sara and her boyfriend had broken up a week before she discovered she was pregnant. She and her ex-boyfriend felt the timing of the new life was all wrong, something monumental they weren’t ready for.

They’d both agreed the timing wasn’t right to start a family. With her and the father of her child not even together anymore, nothing in her circumstances at that time seemed remotely conducive to her keeping that baby.

Sara was an emotional wreck, still reeling from the heartbreak of the break-up, and now a baby on the way; it seemed she had no choice.

She was left alone to go to the abortion clinic, without emotional support or comfort.

Mifepristone (RU-486) destabilizes a mom’s pregnancy by blocking the natural hormone in a mother’s body needed to sustain pregnancy, progesterone, intending to end the life of the unborn child. This drug is typically taken at the abortion facility in the presence of abortion personnel. The second drug in the process, misoprostol, is taken a day or so later, causing the mother to labor and deliver her deceased child at home.

After taking the first abortion pill Sara couldn’t shake the feeling that what she did was wrong, for her and her baby.

Desperate for an alternative, Sara did not give up hope, even though the doctors at the abortion facility said there was none.

Sara explained, “I took the abortion pill on Friday at 10 a.m. I had never felt such a strong feeling of regret as I did immediately after swallowing that pill.”

After she left the clinic, she sat in her car in the clinic parking lot and Googled, “ways to reverse the abortion pill” on her cell phone.

That's when she found a website that told her the truth- that she did have alternatives if she took the reversal pill in time. Sara discovered there still might be hope.

Abortion pill reversal is a life-saving protocol that entail the prescription of progesterone, a newer application of an FDA-approved progesterone treatment used for decades to stop miscarriages. After a mom has taken the first abortion pill, if she acts quickly enough, progesterone can be given to counter that first abortion drug in hopes of maintaining her pregnancy and her unborn child’s life. Statistics show that more than 2,000 lives have been saved (and counting) through the abortion pill reversal protocol.

Sara could still have a chance at saving her baby.

She recounted of the experience at the time:

“I found the hotline number and was on the phone with them by noon, had a prescription for progesterone by 1 p.m. and in a clinic by 2 p.m. This morning I had an ultrasound, and my little peanut is alive and well with a strong heartbeat. Wish me luck. I’m about to be a momma of 3 to a newborn, a 14-year-old, and a 17-year-old.”

Sara didn't give up hope. Because of her determination and following what her heart told her was right, she became a mommy for the third time in June of 2020.

Sara got to meet her baby boy, stating, “My little superhero was born happy and healthy on 6-15-20 weighing 6.1 lbs. and 18 inches long! Every day I think how glad I am that I found the abortion pill reversal hotline and thank God for the chance to be his momma.”

Tweet This: "Every day I think how glad I am that I found the abortion pill reversal hotline and thank God for the chance to be his momma.” - APR mom

Today in 2021, Sara and her three kids are happy and healthy. Her newest baby boy grew into a 16-pound baby and is still growing!

If she had listened to the advice of the abortion doctors in the clinic, her family would not be what they are today.

Asked what she would like to say about her children and her life now, Sara said the following:

“It’s really special to watch my oldest two get to be a big brother and sister to the baby and see how much he loves them. He just adores them, and it really makes life and our family feel complete.”