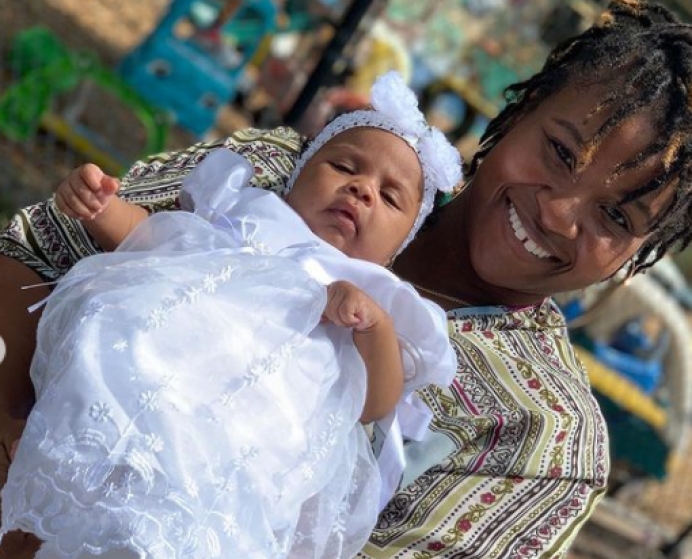 “Giving life is always a gift” - Hearing APR mentioned on the radio, mom calls in to share her miracle story

A mom who changed her mind after starting a chemical abortion and saved her child through abortion pill reversal called into a radio program recently when she heard the life-saving protocol discussed on the air, telling listeners that her daughter is living evidence of a miracle.

“And, you know, we had success, a true, true story of a miracle and success,” Kayla said. “And my baby is here as the living proof of that. And I just give God all the glory.” 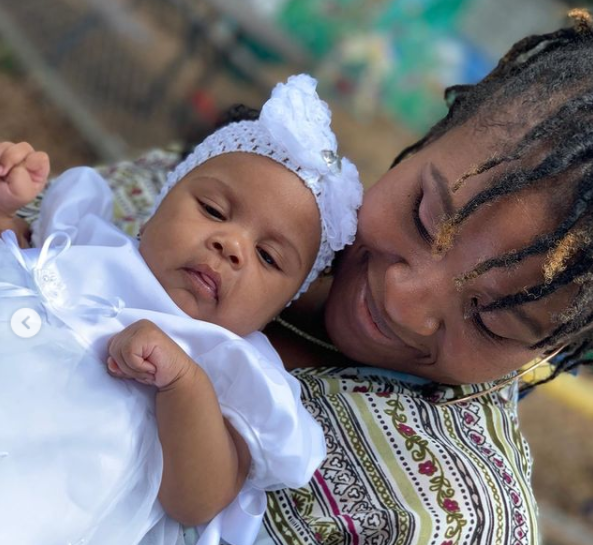 Kayla said as well that she is thankful for the pregnancy medical clinic where she received treatment from the Abortion Pill Rescue® Network (APRN).

Dr. Mariana Girón, medical director for LifeChoices Family Medical in Lutz, Fla., was the guest on a What's Up Doc? segment of Kurt and Kate Mornings on Moody Radio.

Girón came on to the program to talk about LifeChoices’ abortion pill reversal (APR) services. She detailed APR specifics for the hosts and listeners.

As the discussion progressed Kayla happened to be listening and heard that abortion pill reversal was the topic. Caught off guard, she quickly turned it up and then called in after the break.

“The call was completely coincidental,” she told Pregnancy Help News. “Or, I like to say more like divine.”

Kayla shared with the hosts and Girón how she reacted upon hearing that abortion pill reversal was the topic of conversation.

“I said, ‘Oh my God,’ I'm so blessed to know that it's getting out there,” she said, because she is an abortion pill reversal patient.

Kayla explained how her story is very emotional because she almost went through with a medical abortion.

Chemical abortion, also known as medical or medication abortion, is a two-drug process. The first drug, mifepristone, blocks progesterone, the natural hormone in a pregnant mom’s body necessary to sustain pregnancy. A day or so later, the mom is to take the second drug, misoprostol, which causes the mom to labor and deliver her deceased child.

A newer application of a treatment used for decades to prevent miscarriage, abortion pill reversal involves prescribing progesterone before the second abortion drug is taken to counter the effects of the mifepristone.

If a mom acts soon enough it may be possible to save her unborn child. To date, statistics show that more than 2,000 lives and counting have been saved thanks to abortion pill reversal.

Kayla received APR treatment through LifeChoices Family Medical, an APRN provider. The APRN is managed by Heartbeat International and made up of roughly 1,000 rescue providers and pregnancy help centers that administer abortion pill reversal.

On the radio that day Kayla recounted the dark time where she felt she had no choice other than chemical abortion, how God intervened, her delight over the awareness-raising for APR, and her gratitude.

Because of God's intervention, she said, she was blessed with a second chance to have her baby girl.

“And to know that I was caught in a moment where God really, truly came in and took over …” she recalled. “I was able to have a second chance, you know, and give my daughter life.”

Kayla said it is “such a blessing” to know that word on APR is getting out more and more, so that other women can have the opportunity to change their mind and give life.

Kayla expressed gratitude for both LifeChoices Family Medical and all the doctors there.

“They made me feel so welcome,” she said, “and checked my entire pregnancy, the entire journey.”

The radio show hosts noted that there could be ladies in the listening audience who might be facing the same choice, asking Kayla what she would like to say to these women.

Kayla expressed the significance of hope, and the importance of trusting God, no matter how difficult things may seem.

“Well, I would like to say that there is hope,” Kayla stated. “There is most definitely hope.”

She empathized with other women facing an unplanned pregnancy.

“When you're in that dark moment, or that pivotal moment where you want to make a choice,” said Kayla, “and it's a hard choice, it’s hard decision - I know, because I was there, I thought sure it was “a wrap.”

“That's the thing,” Kayla empathized. “Trust God. We may not think it's something that we can endure, go through with the pregnancy, or another one, or unplanned, or whatever the case may be.”

Tweet This: We may not think it's something we can endure, an unplanned pregnancy, whatever the case may be, but trust God- He has a plan and a purpose.

“And I believe that there is hope for sure,” Kayla concluded, again lauding the LifeChoices Medical team. “So, God bless you ladies. And I hope that you all make the right decision, because giving life is always a gift.”